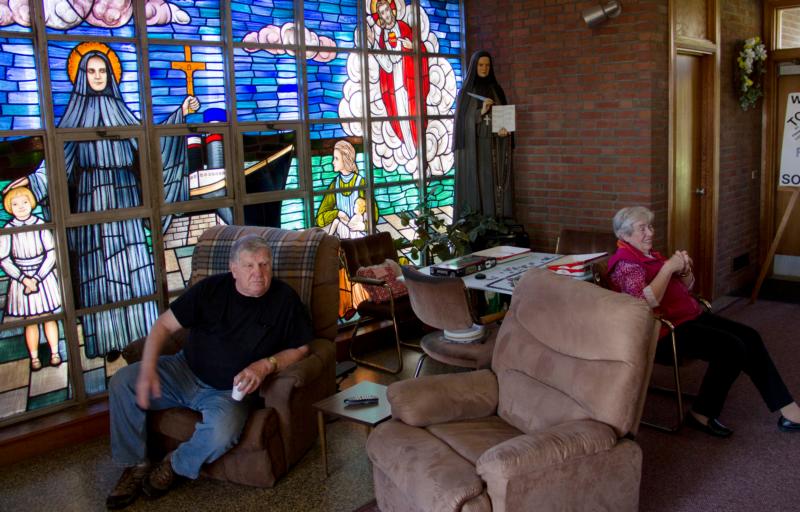 BRAINTREE, Mass. (CNS) — Former parishioners who have occupied the closed St. Frances X. Cabrini Church in Scituate for more than 11 years and face a Jan. 8 eviction deadline have been granted additional time to appeal to the U.S. Supreme Court.

On Dec. 21, a Norfolk Superior Court judge gave the former parishioners at the church until March 3 to file a petition to the nation’s highest court.

The Archdiocese of Boston has agreed to let the parishioners remain in the building pending the outcome of the appeal. Protesters have agreed to vacate the church within 14 days if the court declines to take the case, said Mary Beth Carmody, the group’s attorney.

The former parishioners have held a 24-hour vigil in the church since 2004, after the archdiocese suppressed, or legally dissolved, the parish. The action was part of the parish reconfiguration process, which saw 65 churches closed in reaction to changing demographics, declining Mass attendance and a shortage of priests.

Former parishioners at 11 parishes, including St. Frances X. Cabrini, filed appeals of the suppressions with the Vatican, and former parishioners of several held vigils in church buildings to keep them from being closed.

After several rounds of appeals, the Vatican upheld the archdiocese’s right to dissolve the parishes in 2010. St. Frances X. Cabrini is the last former church with an ongoing vigil.

On Dec. 3, Massachusetts’ Supreme Judicial Court denied any further review of the case.

***
Labbe is a reporter for The Pilot, newspaper of the Archdiocese of Boston.

NEXT: Homeless people who died on streets remembered in prayer