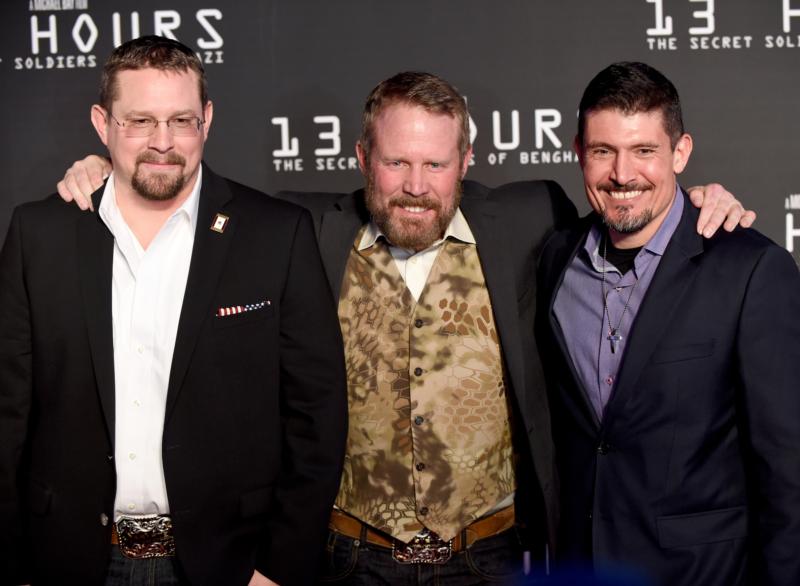 WASHINGTON (CNS) — Not only are there no atheists in foxholes, but some of the denominational differences seem to disappear, too, once you’re under heavy fire.

That was the situation that Mark Geist and Kris Paronto found themselves in working as military contractors in Benghazi, Libya.

It was their book, co-written with other members of the Annex Security Team and writer Mitchell Zuckoff, “13 Hours: The Inside Account of What Really Happened in Benghazi,” that detailed the role of the contractors who waded into the 2012 Libyan firefight that took the life of U.S. Ambassador Christopher Stevens. It’s now been adapted for the movie “13 Hours: The Secret Soldiers of Benghazi.”

“The way I state my faith is in my actions,” said Geist, a Methodist. “It’s easy to talk about that and I like to share my story, and primarily through my actions, as in Benghazi, we had the opportunity to make a difference in five people’s lives” — the lives they saved in the firefight.

“I had a pretty strong faith in God,” said Paronto, nicknamed “Tanto.” He was born Catholic, became an Episcopalian at age 5 when his parents joined that denomination, then married a woman who is a member of the Lutheran Church-Wisconsin Synod. He and his wife send their children to a private school run by that church. “There’s some truth in that there’s no atheists in a foxhole. I had a good basis for God before I started contracting (work).”

In talking to Catholic News Service in a telephone interview Jan. 21 to promote the movie, Paronto said, “In the firefight, we were constantly outnumbered Then a bullet started snapping. It’s right next to you, it’s breaking the sound barrier. I turned around and started shooting. It’s like I had a wall covering me. God protected me. You can feel it. It’s like a little bubble, a golden, warm bubble.”

The experience, he added, is one of “I’m good, He’s got me. I hope people experience that — but not to that extent, like getting shot at.”

Geist, in a separate phone interview with CNS, said he is still recuperating from wounds suffered to his arm more than three years ago; he’s had 13 surgeries so far. It may be that the hand of providence kept him alive.

He described an attack by Islamist forces with “81 mm mortars with a kill radius of 21 feet. That means that anything within 21 feet has a chance of dying. Three of those went off 15 feet in front of me. I’m here because of the Lord and his angels protecting me. They didn’t protect everything, and that’s part of the journey I have to follow.” He said he has “faith for times when they’re not going as good as they think. I’ve gone full circle in that manner. You can overcome anything, and I hope that’s what people bring from this.”

Geist, known as “Oz,” also commented on remarks published Jan. 15 — the date “13 Hours” opened — to The Washington Post by the former CIA chief in Benghazi, described by the newspaper only as “Bob,” who said there was no order issued in Benghazi to “stand down,” as suggested in the film.

“There’s no reason for us to — no upside to — tell anything that didn’t happen.” Geist told CNS. “All I can say is this movie and the book is the depiction of how we lived and experienced 13 hours in Benghazi. Other people may have a difference of opinion.”

While “13 Hours” is “awash in sometimes bloody mayhem,” according to CNS freelance film critic Joseph McAleer, “the violence is never gratuitous. Instead it registers as an integral part of the events,” recounting “a tragedy that apparently could have been avoided.”

The movie received a classification of L — limited adult audience, films whose problematic content many adults would find troubling — for “constant graphic war violence, including gunfire, explosions, and gore, brief sexual banter and some profane and crude language.” It was rated R by the Motion Picture Association of America.

PREVIOUS: Tens of thousands rally at the Walk for Life West Coast in San Francisco

NEXT: Pope’s challenge is to expand vision of mercy during year, says speaker