All things speak of God: Spirituality in our time 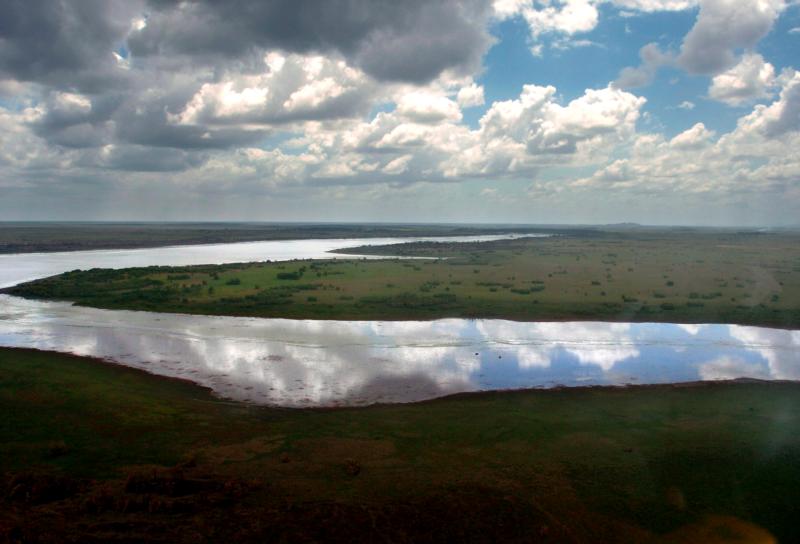 Clouds are reflected in the waters of the Rio Platano nature reserve in Honduras. A prayer at the encyclical's conclusion raises this petition to God: "Teach us to contemplate you in the beauty of the universe, for all things speak of you." (CNS photo/Gustavo Amador, EPA)

“God wants to be in relationship with us,” a Trappist monk named Father Paul says to Anne, a central figure in “The Abbey,” Jesuit Father James Martin’s recently published first novel. A conviction that God cares about Anne or might in some way speak to her has not, however, characterized her life.

A car struck and killed Anne’s only child, Jeremiah, three years earlier. Today she is confused not only about how she feels, but how she is “supposed to be feeling.”

In a series of conversations, Father Paul eventually encourages Anne to “let God be God and continue to speak” to her “in whatever ways God wants.” But, the priest adds, “let it be God, not Anne’s God, not your old images of God, but God.”

That sounds simple enough — or does it? Certainly, it is the very stuff of Lent to converse with God and listen for God’s voice.

So much is heard every year in Lent about spirituality. In this first year after the release of “Laudato Si’,” Pope Francis’ 2015 encyclical on the environment, it seems noteworthy how much attention his message focuses on spirituality.

“Christian spirituality, the fruit of 20 centuries of personal and communal experience, has a precious contribution to make to the renewal of humanity,” Pope Francis comments in the encyclical. He makes known that “more than in ideas or concepts,” he is “interested in how such a spirituality can motivate us to a more passionate concern for the protection of our world.”

“Spirituality” undoubtedly ranks among the most frequently uttered words in the Christian vocabulary. Yet “spirituality” resists precise definition.

Christian spirituality, after all, is multifaceted and multidimensional. Moreover, it tends to reflect the unique, concrete circumstances, predicaments and hopes that prevail in the lives of the individuals, families and communities that pursue it.

Since these circumstances typically involve complicated situations that are hard to resolve, spirituality can mean wrestling in God’s presence with the big questions of ordinary life. That is what happens with Anne in “The Abbey.”

She did not even know if she believed in God. But Father Paul thought she seemed “drawn to God even if she wasn’t aware of that yet.” The time arrives when he suggests that she “try telling God” how she feels.

“Our main work in prayer is simply to be present to God and open ourselves up,” Father Paul explains.

“Most of the time God comes to us through everyday things — like relationships and work and families and friends,” Father Paul says. “But sometimes … God comes to us in very personal ways,” using “things from your life to speak to you.”

Father Paul mentions how in the parables Jesus used “birds and seeds and clouds and things that people in his time were familiar with,” turning them “into stories to help them understand God’s love.”

Through spirituality, believers quietly but earnestly try to be present to God, to understand and hear God. They converse with God, whether out of happiness or frustration, dashed hopes or gratitude.

In one way or another, spirituality encompasses both listening for God and calling out to God. Spirituality reflects a desire to know God is present, not absent. It expresses a desire to understand God better and to grow as a person.

In its quest for God and new ways of living, spirituality can involve personal prayer, reading, reflection, meditation or a focus on developing more virtuous attitudes and habits.

However, spirituality is not only a private undertaking pursued alone. Christian spirituality just as often anchors itself in the church’s communal and sacramental life, where God’s voice may be heard through others whose life journeys have paralleled our own in notable ways.

It always seems possible to grow in the spiritual habit of listening for God’s voice in the most unexpected people and places. And as Pope Francis points out in his encyclical, “a sense of deep communion with the rest of nature cannot be real if our hearts lack tenderness, compassion and concern for our fellow human beings.”

Still, one place to listen for God’s voice is in the world and the universe surrounding us, the encyclical asserts. In the mind of Pope Francis, this is a spiritual practice.

St. Francis of Assisi “invites us to see nature as a magnificent book in which God speaks to us and grants us a glimpse of his infinite beauty and goodness,” the pope remarks.

He observes that “if someone has not learned to stop and admire something beautiful, we should not be surprised if he or she treats everything as an object to be used and abused without scruple.”

For Pope Francis, “the life of the spirit is not dissociated from the body or from nature or from worldly realities, but lived in and with them, in communion with all that surrounds us.”

A prayer at the encyclical’s conclusion raises this petition to God: “Teach us to contemplate you in the beauty of the universe, for all things speak of you.”

NEXT: That hammering sound? It’s the Psalms, bending hearts to God’s mercy