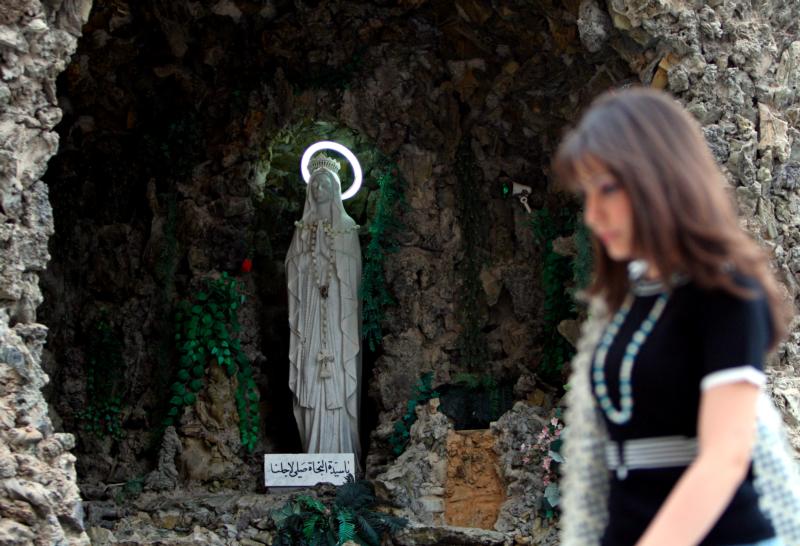 A woman attends Mass at Sacred Heart Catholic Church in Baghdad, Iraq, in this May 10, 2009, file photo. The Knights of Columbus, based in New Haven, Conn., and the Washington-based group In Defense of Christians have mounted a petition campaign asking Secretary of State John Kerry to make a decision on whether to make a declaration of genocide in the Middle East. (CNS photo/Ali Haider, EPA)

WASHINGTON (CNS) — As a mid-March deadline approached for U.S. Secretary of State John Kerry to make a decision on whether to make a declaration of genocide in the Middle East, the Knights of Columbus, based in New Haven, Connecticut, and the Washington-based group In Defense of Christians have mounted a petition campaign asking Kerry to make a genocide declaration.

“America must end its silence about the ongoing genocide against Christians and other minority groups in Iraq and Syria,” the petition says.

It cites as evidence of genocide the assassinations of church leaders, mass murders and deportations, torture, kidnapping for ransom, forcible conversions to Islam, and the sexual enslavement and systematic rape of girls and women, as well as destruction of Christian churches, monasteries, cemeteries and artifacts.

“The United Nations Convention on the Prevention and Punishment of the Crime of Genocide defines ‘genocide’ as killing and certain acts ‘committed with intent to destroy, in whole or in part, a national, ethnical, racial or religious group,'” the petition says.

“Extensive and irrefutable evidence supports a finding that the so-called Islamic State’s mistreatment of Iraqi and Syrian Christians, as well as Yazidis and other vulnerable minorities, meets this definition.”

The State Department is required by law to make a decision one way or the other about genocide.

The petition, found at www.StopTheChristianGenocide.org, notes others who have made their own declaration of genocide in the Middle East, including the Feb. 4 declaration by the European Parliament, and the Feb. 12 joint declaration signed by Pope Francis and Russian Orthodox Patriarch Kirill. Pope Francis had previously called Islamic State’s actions genocide himself, The U.S. Conference of Catholic Bishops, the U.S. Commission on International Religious Freedom and Genocide Watch are among other groups that have issued statements.

Presidential aspirants Hillary Clinton — who was Kerry’s predecessor as secretary of state — as well as Sens. Ted Cruz, R-Texas, and Marco Rubio, R-Florida, also have called it genocide.

On Capitol Hill Dec. 9, several groups testified at a House hearing urging the Sate Department declare the situation genocide. On Dec. 4, Washington Cardinal Donald W. Wuerl was among 30 Christian leaders who asked to meet with Kerry to discuss the issue.

NEXT: On climate issue, Catholics urged to ‘feel pain of the planet, of the poor’