Preach the truth of your goodness to yourself 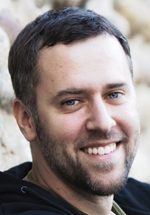 “He was left alone with the woman before him. Then Jesus straightened up and said to her, “Woman, where are they? Has no one condemned you?” She replied, “No one, sir.” Then Jesus said, “Neither do I condemn you. Go, and from now on do not sin any more” (John 8:10-11).

Jesus was alone with her. Her accusers left her. And they are imperfect. Jesus, the only one who is perfect, and the only one who by rights really could accuse her — he stays behind. He doesn’t accuse her. He comforts her. He forgives her. And then he gives her a mission: He sends her out to be a witness to mercy. It changed her life.

God has given us mercy. Isn’t it time we give it to others? That’s hard to do, isn’t it? But really, I think it’s most hard to do when we don’t receive the mercy of Jesus for ourselves! Harsh judgment of others usually starts deep within — when our own self-perception is formed by negative events in our lives rather than the love of God.

Scripture calls the devil “the father of lies.” Lies about who we are tend to slip into our lives in a million different ways:

Jesus said, “I am the truth.” He also said, “the truth will set you free.”

The woman caught in adultery bore the name: whore. Until a man stood between her and her executioners. “Let anyone without sin cast the first stone!” One by one they walked away. “Is there anyone left who condemns you? Neither do I. Go and sin no more.”

Peter bore a name: unworthy. He fell to his knees and said, “Depart from me Lord. I’m a sinful man.” Jesus saw something more in Peter than he saw in himself. “Come follow me. You’ll be a fisher of men.”

St. Paul was a persecutor of Christians. In one of the simplest, most heroic acts in early Christian history Ananias, who had been hiding from Paul, went to pray over him. He didn’t say “Saul, you murderer.” He said, “Saul, my brother, our Lord sent me.”

What have you named yourself?

The truth is we have a God and savior who thinks you’re worth dying for. When you hear false identities whispered in your ear, replace them with your real identity: Loved. I don’t mean that figuratively. I mean it literally. Look in the mirror and speak the truth. “I am beautiful.” “I am good.” “I am redeemed.” “I am a daughter/son of God.” “I am loved.”

Don’t wait for me to do that for you. Preach the truth to yourself. Then you can preach it to others.

PREVIOUS: Can one pray at Mass with open hands, or not?

NEXT: Salvation comes through the cross, not a magic wand, pope says