Sisters of Life host annual caroling in the city 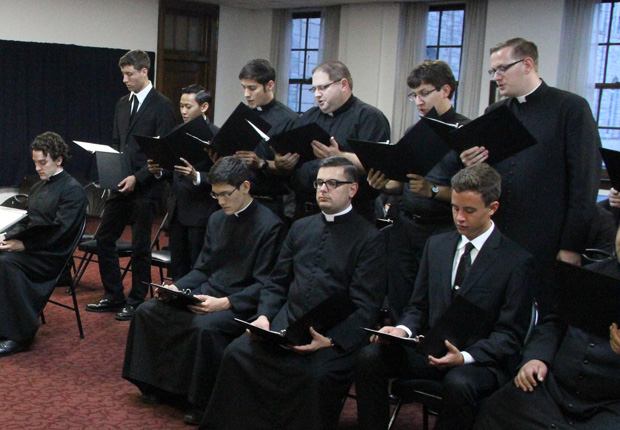 Looking for a beautiful way to deepen your Lenten devotion? St. Charles Borromeo Seminary will host a free concert including Scripture readings, prayers and musical selections performed by seminarians on Sunday, March 6 at 4 p.m. in the seminary’s St. Martin’s Chapel.

The annual concert to prepare for the Easter season will be led by the seminary’s director of sacred music, Rudy Lucente. The theme this year is “Adoramus Te, Christe – We Adore You, O Christ.” (Watch a video of the seminary choice rehearsing, below.)

Each year the concert is organized and performed entirely by seminarians, who they collect a free will offering from guests and designate a charity of their choice as the beneficiary.

This year the Sisters of St. Joseph Welcome Center in Kensington will benefit from the proceeds. Since March 2003, this ministry of the religious sisters has addressed the needs of newcomers to America and the Philadelphia region by offering English language classes, citizenship preparation courses, computer skills programs and a variety of other social services.
Founded in 1832, St. Charles Seminary has formed Catholic men for the priesthood in the Archdiocese of Philadelphia and dioceses throughout the country.

PREVIOUS: Pope goes to confession, and wants you to as well

NEXT: Lectures consider deadly sins, and virtues combating them