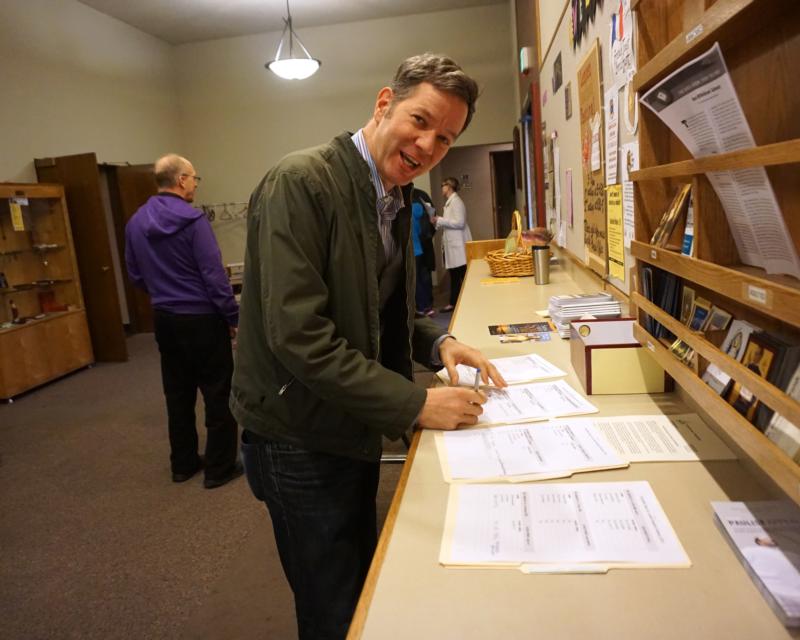 The new law also gives Oregon the highest minimum wage in the country.

The Archdiocese of Portland in Oregon released a statement several months ago regarding the debate over raising the minimum wage: “The church has long held that a living wage is a fundamental right of workers and a moral imperative of employers because it provides workers with the means and resources to form and support a family.

The archdiocese referred to the Catechism of the Catholic Church’s teaching on just wages, and concluded by stating, “While we are not in a position to judge whether or not the final details provide a living wage or are just for both workers and employers, we trust the process where the deliberations of our elected representatives were thoughtful and debated.”

“The governor and the Senate carefully threaded the needle to help both low-wage workers and also help employers anticipate the wage increases and plan for them. I feel very lucky to be a part of this,” he told the Catholic Sentinel, the archdiocesan newspaper.

Nosse, a parishioner at St. Philip Neri in Portland, added: “Absolutely my faith informs how I voted on this and how I think about it.”

Nearly half the states — mostly in the South and Midwest — follow the federal minimum wage of $7.25 per hour.

Oregon’s current minimum wage was $9.25 an hour, 10th highest in the country. The highest is the District of Columbia, at $10.50, with Massachusetts and California at $10. Alaska, Vermont, Rhode Island, Connecticut and Washington round out the rest of the top 10.

Jeanne Haster, executive director of the Jesuit Volunteer Corps Northwest, thought the Oregon legislation could have gone further, but she appreciates the compromises made to pass the bill. “It’s a practical approach,” she said.

Passing the measure was difficult. Lobbyists for business groups were against a minimum wage hike, whereas labor groups threatened to mount expensive ballot measures if the state Legislature didn’t act.

Haster said that Jesuit Volunteer Corps Northwest sets their employees’ salaries according to Portland’s estimated living wage, which was pegged at $13.56 an hour in summer 2015. “We try to pay a living wage rather than a minimum wage because Portland has become such a difficult city to afford to live in,” she said. “I don’t know how people who make minimum wage live. I think we need to be paying people so they can escape living in poverty.”

Eric Fruits, an economics professor at the Catholic-run University of Portland, who is also a former chair of the Multnomah County Republican Party, came to a different conclusion after analyzing the effects of a minimum wage hike. He observed that no one forces people to take jobs that pay so little that workers live in poverty.

“There’s a personal liberty issue,” he said. “I’m always confused when I hear that earning zero is better than earning $8 an hour.”

“The assertion that Portland has a higher cost of living than the rest of the state turns a blind eye to the differences in the cost of living within the city of Portland,” the report states. Fruits found that rents in the high-poverty areas on Portland’s outer east side are less than half of what they are in other parts of the city.

“Another thing that gets missed is that since 1990, we have a huge number of students who are unemployed,” he said. “I find that not very compassionate.”

Fruits suggested that an 18-year-old kid who asks an employer if he can do odd jobs for $5 an hour should be allowed to do that.

Nosse points to another report, “The High Cost of Low Wages in Oregon,” written by the University of Oregon Labor Education and Research Center. That report found that “women are more likely than men to end up in low-wage jobs. They are also more likely to be single parents trying to support a family. Low wages and irregular, part-time hours make their lives even more difficult.”

The Economic Policy Institute in Washington found that a third of workers affected by raising the minimum wage are at least 40 years old. The average person helped is 35 years old; 56 percent are women; 28 percent have children; 55 percent work full time. On average they earn half of their family’s income.

Nosse credits his Republican peers with also wanting to help hard-working Oregonians, but via a different strategy — mostly by luring more good-paying jobs to the state. “But the Internet and manufacturing have changed the face of the U.S. economy,” he said. “The service sector is where job growth is. We’re not a timber state anymore.”