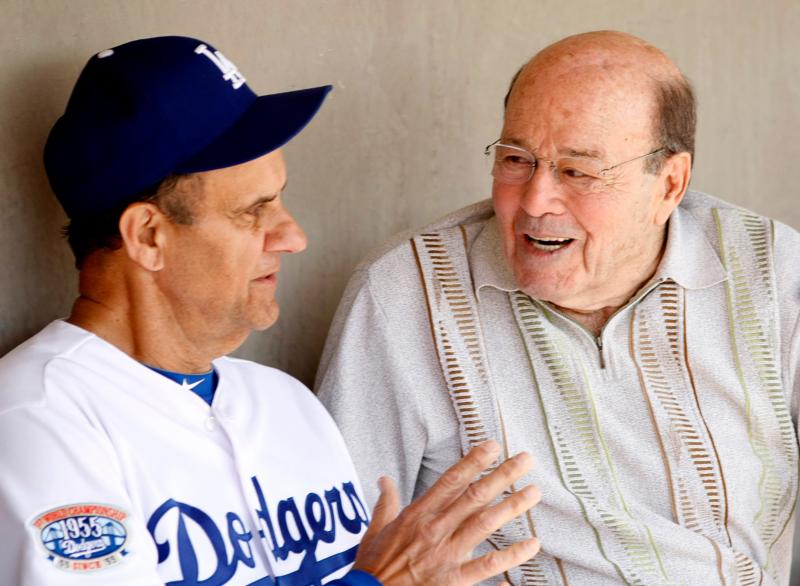 A few years earlier, he said, when he stepped into “the quicksand” of love at the mission school, there was no turning back. He found his heart rooted there.

“He was one of the best people I have ever met. There was no limit to his generosity,” said its principal, Sister Martha Mary Carpenter, who estimates that Garagiola was responsible for bringing hundreds of thousands of dollars into the school.

The death of Garagiola, a lifelong Catholic and a Scottsdale resident, was announced by the Arizona Diamondbacks. His funeral Mass was to be celebrated in his hometown of St. Louis at St. Ambrose Church. A memorial service will take place later in Arizona.

“We are deeply saddened by the loss of this amazing man who was not just beloved by those of us in his family, but to generations of baseball fans who he impacted during his eight decades in the game,” the Garagiola family said in a statement.

“Joe loved the game and passed that love onto family, his friends, his teammates, his listeners and everyone he came across as a player and broadcaster,” they added. “His impact on the game, both on and off the field, will forever be felt.”

Garagiola first became aware of St. Peter Mission School in 1991 after Sister Carpenter, gave a talk at Garagiola’s local parish. He was in New York at the time, but fellow parishioners told him about her talk and about the Franciscan Sisters of Christian Charity and their fondness for sports.

“He said, ‘Those are my kind of sisters. How can I meet them?'” Sister Carpenter told CNS March 23, recalling her first meeting with the Hall of Fame sportscaster. 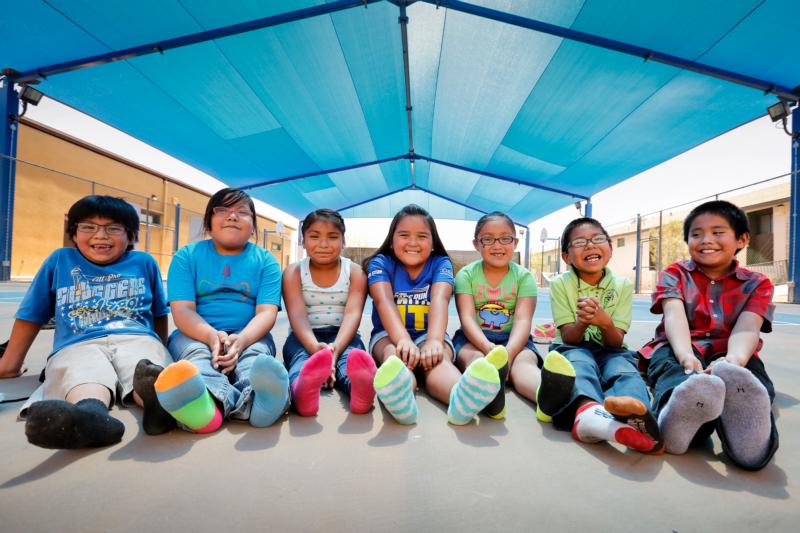 Students of St. Peter Indian Mission School sit under the shaded basketball court in 2015 that was built with help from Joe Garagiola in the Gila River Indian Community in Bapchule, Ariz. (CNS photo/Nancy Wiechec)

Garagiola spent quite a bit of time at the mission and its school through the years. He hit up those he knew in Arizona sports and business for donations and help for St. Peter’s.

“He nicknamed us ‘Our Lady of the Quicksand,'” Sister Carpenter said. “Because once you get your feet into St. Peter’s, you can’t get out.”

The list of repairs and new buildings he facilitated is long and included a basketball court, a soccer and track field, an all-purpose facility for gatherings and events, a new convent, a library and computer learning center and extensive repairs to the old mission church.

Sister Carpenter said his legacy will remain with the school.

“Joe couldn’t talk to people for more than five minutes without talking about the mission. … He will be with us in spirit for a very long time.”

She said St. Peter’s schoolchildren still recite “Joe’s Prayer” twice each day. Garagiola himself taught them the short invocation: “Teach us O Lord, that every day, down every street, come chances to be God’s hands and feet.”

Born Feb. 12, 1926, in St. Louis, he grew up in an Italian-American neighborhood just across the street from his childhood friend and competitor, Yogi Berra. The two were lifelong friends. Berra died last September at age 90.

At age 16, Garagiola was signed to play for the St. Louis Cardinals, for five seasons, including a 1946 championship. He also was a catcher for the Pittsburgh Pirates, Chicago Cubs and New York Giants.

He later did TV baseball broadcasts for the Diamondbacks. His awards include a 1973 TV Peabody Award and Baseball Hall of Fame induction in 1991 for broadcasting. In 1996, Garagiola won that year’s Gabriel Award from the U.S. organization for Catholic communicators.

Popular for his colorful personality, he also made numerous appearances on game shows, both as a host and panelist.

That he always carried a rosary in his pocket is among the lesser-known aspects of a man long in the public eye. Garagiola also had a strong devotion to Mary.

“If you ever want anything, go to the Mother,” he once said, adding that her month of May was his favorite month.

He is survived by his wife of 66 years, Audrie; sons Joe Jr., a senior vice president for baseball operations with the MLB and former general manager of the Diamondbacks, and Steve, a newscaster in Detroit; a daughter, Gina Bridgeman, a writer in Phoenix; and several grandchildren.

Sister Carpenter said she and the other sisters at St. Peter’s were going to travel to St. Louis for Garagiola’s funeral.

Contributing to this story was Nancy Wiechec.

NEXT: Freedom of speech gets bumpy ride on U.S. college campuses