Ultimate relief from mandate may lie beyond the courts, say plaintiffs 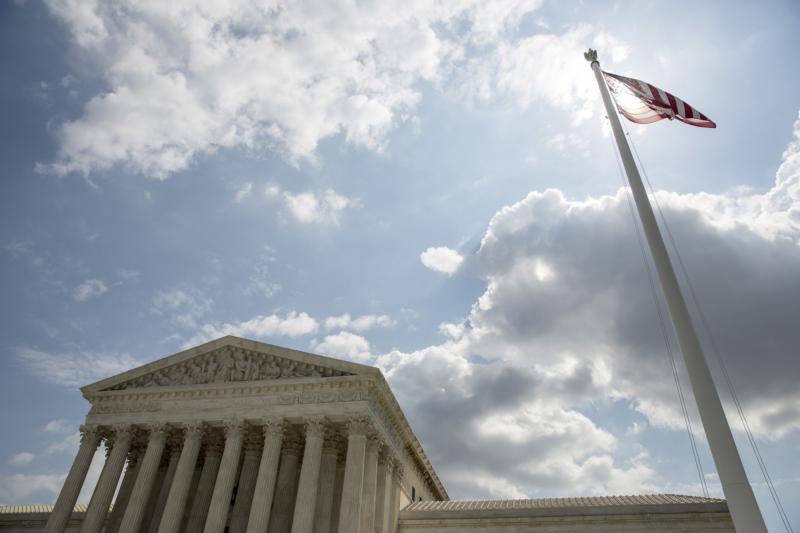 WASHINGTON (CNS) — On the eve of the March 23 oral arguments before the Supreme Court in Zubik v. Burwell, best known as the Little Sisters of the Poor case, two plaintiffs appealed the case in the court of public opinion, and hinted that a political solution might be their ultimate redress.

Robert J. Muise, a co-founder and senior counsel of the American Freedom Law Center, which represents Priests for Life, called the contraceptive mandate of the Affordable Care Act “clearly a case of material cooperation with evil,” but conceded that the court may not rule in favor of the women religious and 36 other plaintiffs.

If that occurs, then it will be up to the election of a pro-life president — Muise didn’t mention any candidates — who could end the mandate through either executive action or by extending an exemption for nonprofit organizations who object to the mandate on religious grounds. Churches already have the exemption.

“Ultimately,” said Father Frank Pavone, national director of Priests for Life, “the solution is the elections and moving the elections in the right way.”

They made their remarks March 22 during an afternoon news conference at the National Press Club.

The contraceptive mandate of the Affordable Care Act requires most employers, including religious employers, to cover contraceptives, sterilization and abortifacients through their employee health insurance.

The Department of Health and Human Services has offered what it calls an “accommodation” or “work-around” that allows objecting employers to acknowledge their opposition to contraceptive coverage by notifying HHS in a letter. This triggers an arrangement for a third party to provide the coverage.

Priests for Life and the other defendants regard that process as a burden on the free exercise of religion.

“Catholic faith, Catholic priests, Catholic objection, but the government is dividing us on the basis of what? Classification under the tax code,” Father Pavone said.

John Quincy Masteller, general counsel for Thomas Aquinas College in Santa Paula, California, complained that the government has drawn the religious exemption “more narrowly than ever before,” defining it as simply the right to worship without government interference. The Catholic college faces fines of up to $2.8 million a year if it does not comply with the mandate.

“This is not about what we do in church on Sunday,” Father Pavone said. “It’s also to be free in what we do in business every other day of the week.”

Other appellants include East Texas Baptist University, Southern Nazarene University and Geneva College, a Presbyterian institution, and the Archdiocese of Washington, and the dioceses of Pittsburgh and Erie, Pennsylvania.

RFRA, as the law is called, states that the government “shall not substantially burden a person’s exercise of religion” unless that burden is the least restrictive means to further a compelling governmental interest.

Participants in an evening prayer rally on the steps of the Supreme Court included, Alveda King, director of the Priests for Life African-American outreach program, Civil Rights for the Unborn.

“God is always with us,” she said in a brief interview after having given testimony, prayed and sung at the rally.

“God is ever present. In times of darkness and in times of light,” she told Faith Magazine, the publication of the Diocese of Erie, Pennsylvania. “We just have to stand firm. God is with us for justice, and for our religious freedoms in this land.”

King, the niece of the Rev. Martin Luther King Jr., is a plaintiff in the Priests for Life case, one of seven bundled into the Zubik v Burwell case, along with that of the Diocese of Erie. She also planned to speak at a rally taking place outside the court as the justices heard oral arguments in the case the next morning.

Father Pavone said it was “historic that a member of the King family is once again defending civil rights in the U.S. Supreme Court.”

NEXT: New York high school teacher among scientists who ‘heard’ sound in space