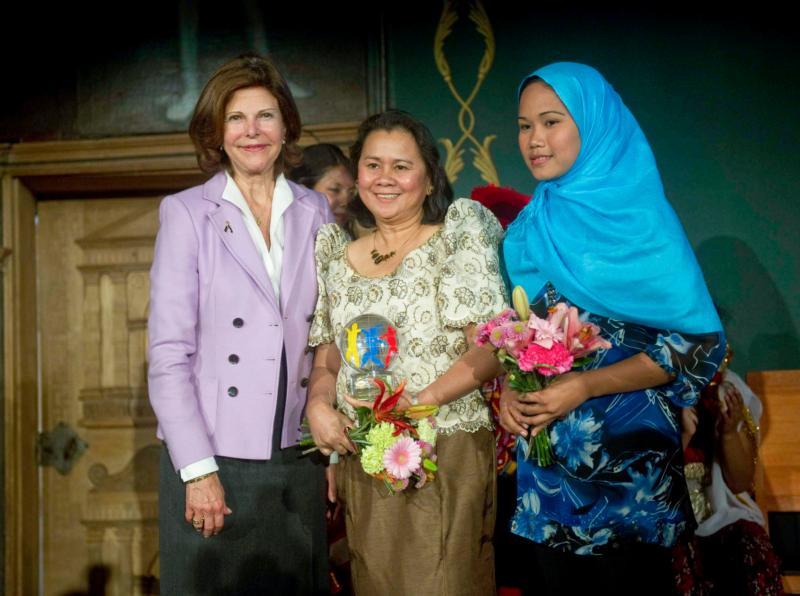 VATICAN CITY (CNS) — In the heart of Vatican City, dozens of women from around the world gathered to share their stories of faith and activism. A few men were in attendance, but Pope Francis and top members of the Roman Curia were out of town on their Lenten retreat.

For the third time the Voices of Faith celebration of International Women’s Day, March 8, brought Catholic women to the Casina Pio IV, a villa nestled in the Vatican gardens.

Members of the Voices of Faith international advisory board — mainly women leaders in organizations serving the poor or in foundations that fund Catholic activities — arrived in Rome days before the main event to network with the chosen “storytellers” and speakers and to meet with Vatican officials.

While raising the profile of women in the Catholic Church and encouraging the inclusion of women in church decision-making was on the agenda, the approach was not about confrontation, but about highlighting what women already are doing and how the church could benefit from encouraging more women to be involved and giving them greater responsibility.

Chantal Gotz, managing director of the event, told reporters, “We are trying to change the mindset of bishops and Curia people. We do it in a kind of emotional way, through storytelling,” bringing them into contact with Catholic women leaders and “showing them what we are capable of doing, that they should use our expertise and talents.”

The idea, she said, is to promote inclusion based “on capacity and not because you are a man or a woman.”

Among others, the speakers included: Katarina Kruhonja, a Croatian who works for reconciliation and nonviolence in the Balkans; U.S. Dominican Sister Mary Doris, who runs a home for homeless mothers in the Bronx; Cecilia Flores-Oebanda, a former political prisoner in the Philippines who runs an program to rescue girls from human traffickers; Sabriye Tenberken, a German who went fully blind at the age of 12 and now runs a school for the blind in Tibet; and Caroline Kimeu and Judy Onyango, both young Kenyans who struggled to stay in school and to avoid child marriages.

Although Pope Francis has not attended any Voices of Faith event and has not met participants, the speeches March 8 were peppered with praise for his leadership, his denunciation of human trafficking, his call for the institutional church to give greater space to women and, particularly, for his recognition of the service of women religious to the church and to the world.

Only in private conversations was the general enthusiasm for Pope Francis’ leadership tempered with concern for how little has been done to promote Catholic women leaders in the three years since he has become pope. Under Pope Benedict XVI women served as undersecretaries at both the Congregation for Institutes of Consecrated Life and Societies of Apostolic Life and at the Pontifical Council for Justice and Peace. Those remain the only curial offices with women at that level.

The reform of the Curia is ongoing, as is the drafting of rules for who is eligible to hold the top positions. The establishment of the Secretariat for Communications is one change that already has been made and, in early February, the Vatican announced that the director of the secretariat’s theological-pastoral department would be Natasa Govekar, a theologian who specializes in the communication of faith through images.

Nicole Perone, a Voices of Faith speaker who is completing her master of divinity degree at Yale University, expressed hope that in the coming months women would be appointed to top positions at least at the Vatican offices responsible for family and for laity.

Geralyn Sheehan, country director for the U.S. Peace Corps in Colombia, told the Voices of Faith gathering, “Institutions never change because they should, but because it is in their self-interest,” which is why it is important to highlight for the entire church the examples and stories of women leaders who serve the church.

Carolyn Y. Woo, president and CEO of Catholic Relief Services, the U.S. bishops’ overseas relief and development agency, told the conference that “whether it is out of necessity or it is out of invitation, about 80 percent of the work of the church is done by women.” Faith formation and sacramental preparation, evangelization, education, health care, emergency services and social outreach done in the name of the church are all areas where women lead, she said.

Her position, like those of women presidents of Catholic universities and women chancellors of dioceses, she said, shows “the practice of empowering women and the ability to share power with women is there.”

The next step would be to move from seeing women in such leadership positions as being exceptional to it being normal, Woo said.

Catholics at all levels of the church also need to learn to listen to women’s “voices of faith” as input that is not “threatening,” but enriching, she said. “Whenever women plea or speak or recommend or propose there’s this skepticism and suspicion, ‘Is this conversation leading to women’s ordination?’ ‘Is this a slippery slope?’ as if everything women want eventually is (leading) to the priesthood.”

St. John Paul II said that the ordination of women was not up for discussion because Jesus chose only men to be his disciples.

Such suspicion about the motives of Catholic women active in church leadership “is unfortunate,” Woo said, “because along the way we fail to hear the voices.”