Pew: In Israel, divisions exist over role of religion in public life 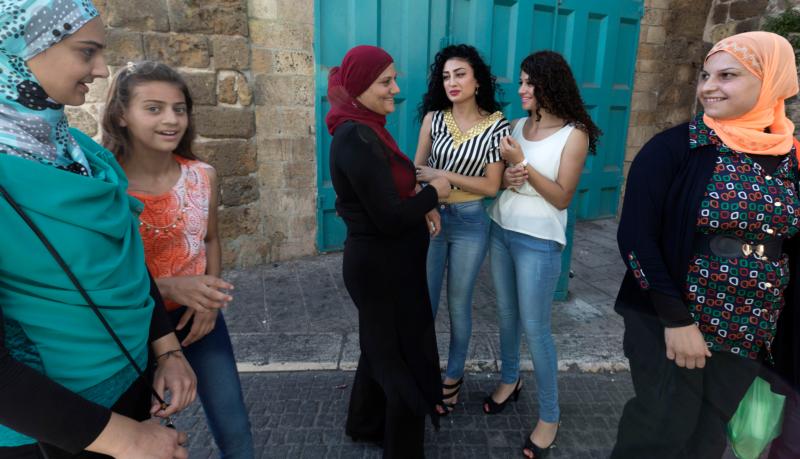 JERUSALEM (CNS) — Seventy years after the establishment of the State of Israel, deep divisions still exist among Jews as well as between Jews and Arabs over political values and the role of religion in public life, according to a new survey by the Pew Research Center on Religion and Public Life.

One of the more striking findings of the first in-depth study of religion in Israel was that 48 percent of Israeli Jews surveyed said Arabs should be expelled or transferred from Israel. However, Alan Cooperman, Pew’s director of religion research, cautioned in The New York Times that the data should not be taken out of context of the survey’s other findings.

Among those findings were a stark difference between the way religious and secular Jews perceive the Israeli state, with those in the religious camp overwhelmingly saying they believed Israel’s government should promote religious beliefs and values, while secular Jews strongly favored a separation of religion from government policy and emphasized the democratic character of the state.

The survey indicates that 76 percent of Israeli Jews believe Israel can be both a Jewish state and a democracy. However, 64 percent of the Arab population in Israel does not believe it can be both. The survey also noted that secular and religious Jews are at odds about what should happen, in practice, if democratic decision-making conflicts with Jewish law (Halakha); 89 percent of secular Jews said democratic principles should take precedence over religious law, while a similarly large share of ultra-Orthodox Jews said religious law should take priority.

The survey was conducted through face-to-face interviews in Hebrew, Arabic and Russian among 5,601 Israeli adults from October 2014 through May 2015 and included interviews with all sectors of Israel society. It probed Israelis’ religious identification, beliefs and practices; views on democracy and religion’s role in public life; moral values and life goals; perceptions about discrimination; views on intermarriage; and attitudes toward politics and the peace process.

“Although they live in the same small country and share many traditions, highly religious and secular Jews inhabit largely separate social worlds, with relatively few close friends and little intermarriage outside their own groups,” the researchers wrote in their introduction.

Israel’s major religious groups also are isolated from one another socially, according to the survey. The vast majority of Jews (98 percent), Muslims (85 percent), Christians (86 percent) and Druze (83 percent) say all or most of their close friends belong to their own religious community.

While most Israeli Jews tend to live in homogeneous communities, the majority of Israeli Arab towns and villages are mixed communities with Muslims, Christians and Druze living together, though sometimes in separate neighborhoods.

“Unfortunately, there is no real coexistence here,” said Catholic commentator Wadie Abunassar. “People live side by side but know very little about each other and judge each other based on stereotypes.”

He said he would expect more efforts from the Israeli government to create an atmosphere of cultural tolerance and mutual respect.

The survey found that all religious traditions frown upon intermarriage with other religious groups. In practice, intermarriage is rare in Israel because there is no civil marriage law. Nearly all Israeli Jews and Arabs in the survey said they would prefer their children to marry within their own religious circle.

Even within the Arab Israeli community there is also uneasiness with marriage between religious groups. Three-quarters of Muslims say they are not too comfortable or not at all comfortable with the idea of intermarriage with a Christian. Similarly, most Christians (80 percent) say they would be uncomfortable with their child marrying a Muslim. Druze are about equally opposed to the idea of one of their children marrying a Jew (87 percent uncomfortable), a Muslim (85 percent) or a Christian (87 percent).

The Pew survey also used data collected through the Israeli census, the Israeli Social Survey and the Guttman Center for Surveys. By comparing data it concluded that the Israeli religious landscape has seen three significant changes over time: a decline in the share of Jews in the total population, while the share of Muslims has been gradually rising; a slow increase over time in the ultra-Orthodox Jewish population as a result; and a modest decline in recent years in the share of Israeli Jews who report moderate levels of religious observance.

These changes suggested that researchers point to the possibility that Israeli society may be becoming more religiously polarized.

NEXT: Preacher to Curia: Christians wounded by clerical greed, pedophilia