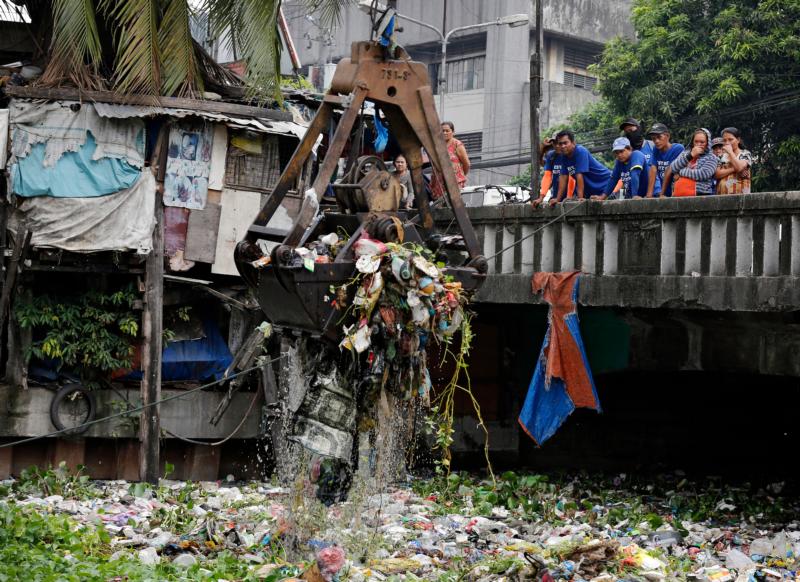 The seminar by former Vice President Al Gore’s Climate Reality Project was designed to support participants in their talks with lawmakers as they communicate the urgency of climate change with the intent of helping the Philippines attain its intention to reduce 70 percent of greenhouse gases by 2030.

Lou Arsenio, coordinator of the Manila Archdiocese Ecology Ministry and an environmental advocate for the church for 20 years, said she was glad to have access to the updated and extensive research from Gore’s group. She said at the conference she was finally seeing something that could get Filipinos engaged.

“This might really be the steppingstone toward massive education on climate change,” Arsenio told Catholic News Service. “We have been hit by … very catastrophic calamities, but we know that Filipinos don’t — it seems that the experience doesn’t fully sink in, or it might sink in, and then it just disappears after everything is back to normal.”

Arsenio said a dozen volunteers from her office who regularly go around the archdiocese to speak about ways to lessen the effects of climate change attended the sessions. She estimated about 50 Catholic church workers attended, as well as members of other faiths.

The Philippines, made up of more than 7,100 islands, is hit by an average of 20 major tropical storms each year; in recent years, the storms have gotten more powerful either with greater amounts of rain or punishing winds, all blamed on climate change.

The country consistently ranks in the top three on the World Risk Report for disaster-prone countries. In 2013, the strongest cyclone ever to make landfall, Typhoon Haiyan, smashed its way across the central Philippines, leaving at least 7,300 people dead or missing.

During a panel discussion with Philippine climate and environment officials, Gore noted that Haiyan changed the role of the country in “the international dialogue” on climate change.

“And your colleagues have continued to build on that momentum. The rest of the world listens when the Philippines speaks on this issue,” Gore said.

His presentation drew the connection between rising global temperatures and more powerful rains, prolonged droughts and melting glaciers that, in turn, have had an impact on economies, food security, public health, political stability and cause the poor to become even more vulnerable.

Gore showed a slide of Pope Francis’ 2015 visit to Tacloban, the city hardest hit by Haiyan, and he flashed quotes from the pope’s environmental encyclical, “Laudato Si’, on Care for Our Common Home.”

“I’m not a Catholic, but I could become a Catholic because of (Pope Francis),” quipped Gore. “That’s not a declaration of formal change, but I must say, I really admire his message of Jesus Christ … and part of the message of what he conveyed when he went to Tacloban, and as he conveyed it in his powerful encyclical … was that the greatest effects are suffered by the poorest.”

Augustinian Recollects Brother Jaazeal Jakosalem, director of the Recoletos Institute for Disaster and Environmental Management in Cebu, told CNS there has been a shift in recent years in how talk of heading off climate change is being presented.

“It’s a moral obligation already, to act on the climate, even getting the message of the pope into (Gore’s) message, like ‘Laudato Si’,'” said Brother Jakosalem, who on March 16 won the Climate Reality Project’s first Climate Leadership Award for Climate Action. “This has become a message not only in the Philippines but also around the globe, that there is a connection between the Arctic and Tacloban.”

“(It) is an urgent issue that is clearly related to our Christian responsibility to care for the earth and to care for the poor and vulnerable in our midst. The social teachings of the church are replete with pastoral exhortations invoking … environmental stewardship, social and intergenerational justice, (and) the use of earth’s resources for common good and for authentic development,” he said in his talk.

NEXT: Pope Benedict: Yearning for mercy is sign of longing for God’s love