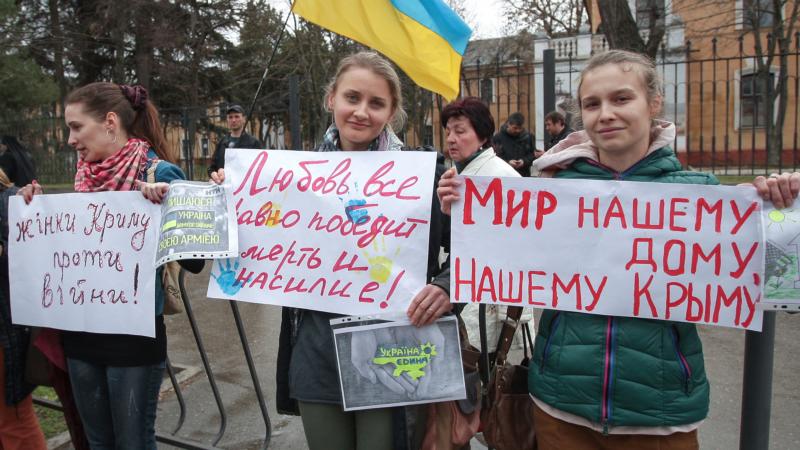 VATICAN CITY (CNS) — Paying homage to the suffering and martyrdom of Ukrainian Catholics who refused to give up their fidelity to the pope despite harsh Soviet repression, Pope Francis also paid tribute to the Eastern Catholics’ efforts today to alleviate the suffering of those impacted by the war in Eastern Ukraine.

“We bow our heads in profound gratitude before those who, even at the price of tribulation and martyrdom, over the course of time testified to their faith, which was lived with dedication to their church and in unfailing union with the successor of Peter,” the pope said in a message to Archbishop Sviatoslav Shevchuk, major archbishop of Kiev-Halych, head of the Ukrainian Catholic Church.

Pope Francis’ message, released at the Vatican March 6, commemorated the 70th anniversary of the “pseudo-Synod of Lviv,” a meeting organized by the Soviet government March 8-10, 1946, to dissolve the Ukrainian Catholic Church and proclaim its unity with the Russian Orthodox Church. All of the Ukrainian Catholic bishops and many of the church’s priests were arrested before the gathering, which resulted in the church being forced to operate underground for almost 45 years.

The pope released the message a day after he’d spent close to an hour meeting with members of the Ukrainian Catholic Church’s permanent synod.

To mark the anniversary of the Lviv meeting, the synod members went to Rome “to reaffirm our communion with the Holy Father and to ask for his help for the suffering people of Ukraine during the Jubilee Year of Mercy,” Archbishop Shevchuk said in a statement March 5.

In his message, Pope Francis said, “I renew my solidarity with the pastors and the faithful for all they are doing in this difficult time, marked by the tribulation of war, to alleviate the suffering of the population and to seek paths of peace for the beloved land of Ukraine.”

Ukrainian Bishop Borys Gudziak of Paris told Catholic News Service that he and the bishops on the permanent synod outlined for the pope the huge impact the Russian annexation of Crimea and the continued fighting in Eastern Ukraine have had on the country and its people.

Some 10,000 people have been killed and an estimated 2 million displaced, forcing them to rely on relatives, religious organizations or government assistance. The war also has led to a sharp devaluation of the Ukrainian currency, Bishop Gudziak said, which has reduced the buying power of people’s income by 65 percent.

The permanent synod’s meeting with Pope Francis came three weeks after Pope Francis met Russian Orthodox Patriarch Kirill of Moscow in Cuba and signed a joint statement with him that included several passages criticized by Archbishop Shevchuk. The Ukrainian Catholic leader and many of his faithful said they were concerned about references that seemed to downplay the status of their church as well as a passage that seemed to imply the war in Eastern Ukraine was a civil conflict, without reference to Russian interference.

Although the archbishop’s criticisms of the document were not the focus of the meeting, they were mentioned, according to a statement from the permanent synod.

“The Holy Father emphasized that one cannot solve ecumenical problems at the expense of an entire Eastern Catholic Church,” the archbishop said after the meeting.