How to make the parish a well-run operation 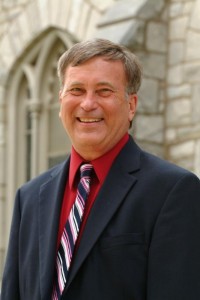 NEW YORK (CNS) — A church management program developed by Villanova University in response to the clergy sexual abuse scandal has trained laypeople, seminarians and priests from six continents to combine practical business skills with theological insights to benefit the parishes and dioceses they serve.

Charles Zech, founding director of the Center for Church Management and Business Ethics at the Villanova School of Business, said the program began in 2004.

“Everyone recognized a good part of the scandal was due to poor management of the church. And when they looked at church management, they saw other issues, including embezzlement,” he told Catholic News Service. “If the business school would have any contribution to (the university’s) Catholic identity, we thought this was where we should put our efforts.”

The initial professional certification program was well-received, Zech said, and the university instituted a two-year online interactive master of science degree in church management in 2008.

There are 59 students in the current program, including 31 from the Archdiocese of New York. Zech said the university and the archdiocese began a collaboration in 2014 in conjunction with Cardinal Timothy M. Dolan’s parish reorganization program known as Making All Things New.

“Cardinal Dolan wisely recognized that the need to merge parishes would put a lot of pressure on his priests and he didn’t want them worrying about repairing leaky pipes. He is committed to give each pastor a trained lay parish business manager,” Zech said.

Overall, most of the church management master’s degree students are laypeople and many already serve as parish business managers, he said. The $28,000 tuition “sticker price is pricey,” Zech said, but there are discounts for church employees, and dioceses that commit to sending five or more students each year get an additional discount. The Diocese of Camden, New Jersey, has five students in the program now.

At an April 20 Mass and panel discussion in New York, Archdiocese of New York students in the program met their counterparts from the International School of Professional Management program at the Pontifical Lateran University in Rome, another of Villanova’s collaborating partners. The 21 Italian students, half of whom are priests, completed a weeklong residency at Villanova and visited parishes in the Philadelphia area before traveling to New York.

William Whiston, chief financial officer of the Archdiocese of New York, described the already-crucial role of parish business managers in the smooth functioning of 295 parishes spread over 10 counties in southern New York state.

“The heart of our archdiocese is our parishes. To ensure that we are good stewards of parish resources and that each facility is used effectively, we must manage the parish as if it were a business and closely monitor its operation,” Whiston said.

“Clergy should be focused on tending to their flock, not on producing a financial balance sheet,” he said. Professionally trained parish business managers represent a “very bright future of support for pastors,” Whiston said.

Panelist Msgr. Richard Guastella, pastor of St. Clare Parish on Staten Island, said a parish manager is “not a luxury” at his 7,200-family parish, “it’s an essential” and “truly liberates me to be a pastor.”

The relatively new role may create tension early on, Msgr. Guastella said. Nonetheless, “we priests have to understand we don’t have the answers to everything and we have to surround ourselves with people who can give us good, sound advice if parishes are to succeed,” he said.

Vijay Wijesundera’s experience is a familiar one to fellow students in the program. The professional with a background in science and engineering began as an occasional volunteer in the parish office, helping with the website and answering phones. Later, he became the sole office employee when he followed his pastor to Holy Innocents Parish in Manhattan. He took on more responsibilities and, when his parish had no resident pastor during a transition period, he realized he needed a formal way to learn policy, laws and management.

Wijesundera is already applying his lessons from Villanova to his position as head of a small parish staff. “When you manage a team, you have to focus on the person, not the task,” he said. “What I learn gradually, I apply gradually.”

He said the course is challenging and benefits from the perspective of students from different backgrounds.

Linda Jones has been the business manager at the Church of St. Joseph in Greenwich Village for two years. One of several non-Catholics in the program, Jones belongs to an African Methodist Episcopal church. She came to the position at St. Joseph with 20 years experience in administration at a Protestant nondenominational church. She said the interaction with other students in the program is a valuable reminder that her parish’s challenges are similar to others.

Jones said she is looking forward to being an active participant in the upcoming parish stewardship effort. She laughed and reminded listeners that Zech was delighted to have her in the program because “Protestants know how to do stewardship!”

Father Franco Finocchio, a participant from the Diocese of Novara in northwest Italy, joined the program at the Pontifical University Lateran because his bishop wants him to help coordinate and manage merged parishes. He said parishes in Italy have traditionally relied on volunteers and not paid staff, and he anticipated that if lay business managers are deployed, they will each serve several parishes to reduce the initial awkwardness of not using local volunteers.

Father Finocchio said the academic program is helpful because it underscores that, “someone who wants to manage the funds of the church has to have a pastoral view, otherwise he’s just a businessman,” he said.

NEXT: Inquiry into Dorothy Day’s life next step in sainthood cause