From Temple to cathedral: One man’s path to priesthood 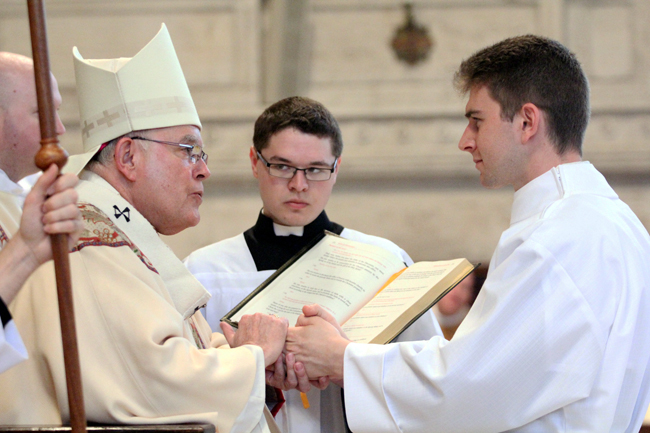 Matthew Biedrzycki is ordained a transitional deacon by Archbishop Charles Chaput in 2015. The Archbishop will ordain Rev. Mr. Biedrzycki a priest for the Philadelphia Archdiocese, along with three other men, May 21. (Photo by Sarah Webb) 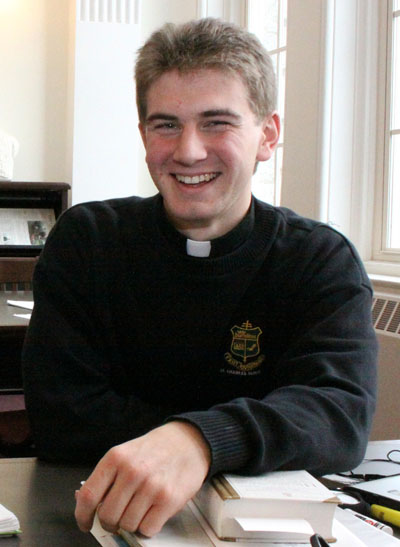 Rev. Mr. Matt Biedrzycki, who will be ordained a priest for the Philadelphia Archdiocese May 21. (Sarah Webb)

On May 21 Rev. Mr. Matthew Biedrzycki, 27, along with three of his classmates at St. Charles Borromeo Seminary, will be ordained as a priest for the Archdiocese of Philadelphia by Archbishop Charles Chaput at the Cathedral Basilica of SS. Peter and Paul.

Although his parents, John and Theresa Biedrzycki, live in St. Martha Parish in the Far Northeast section of Philadelphia, Matt and his brother were raised in Holy Innocents Parish. His dad works for SEPTA and his mom is an optometry technician.

After his graduation from Holy Innocents School and Northeast Catholic High School, if you had suggested back then that Matt would become a priest, he would probably have laughed. Sure, there might have been times where a teacher or a visiting seminarian mentioned the priesthood during his school years, but if they did, he just zoned out, that wasn’t for him.

After Northeast Catholic he enrolled at Temple University. He began to study for a career in politics, but thinking further on this, he opted instead for a degree in business management. With that he could make a little money and settle down to raise a family. Sure he was a Catholic and went to Mass, but faith “was just something I took for granted,” he recalls.

It was midway through his college years when something happened. He got involved with Temple’s very active Newman Center and the Fellowship of Catholic University Students.

Matt found himself enjoying liturgies, not just sitting through them. It was, he remembers, “a conversion experience” with a reinvigorated faith and a new conviction of the centrality of the sacraments in his life. He started to ask himself what was his grand plan for life and what did he intend to do about it? By the time came for graduation he knew very well what he intended to do, and that was to study for the priesthood.

Needless to say, Matt’s family was taken by surprise, and maybe just a little skeptical at first. The seminary was a bit of a mystery and then there were all the problems the church was having. Was it the best thing for him? But having said that, if the seminary was what he wanted, he had their full support. 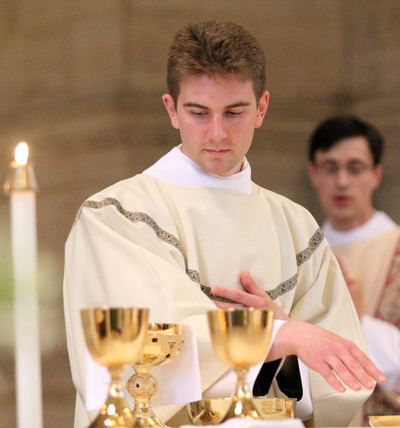 As a transitional deacon, Rev. Mr. Matt Biedrzycki assists at the altar during Mass at St. Charles Seminary. (Sarah Webb)

He also knew very well when he entered St. Charles in 2010 that there was no certainty where it would lead. But the love of the sacraments and the love of Jesus that drew him to the seminary also sustained him. He discovered a seminary is not just a school for study, it’s a place of formation and he is now convinced he is leaving as a better Christian than he was when he entered.

But a well-rounded person needs other interests too. Matt likes running and hiking and loves to read. His favorite author at this point is Dante, which is apt for an aspiring priest, what with the poet’s preoccupation with hell, purgatory and heaven.

But most of all, “I was called by God to be a priest to serve the people and the best way I can do that is by being a parish priest,” he said. “Parish ministry is the best way to impact people.” 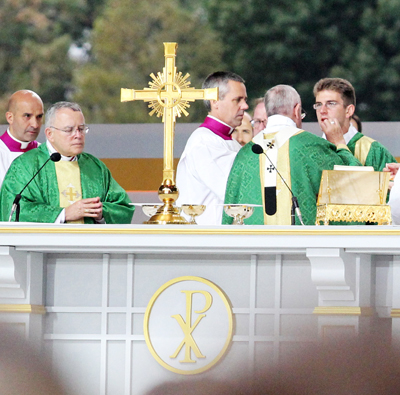 His role models for the priesthood include his spiritual directors, Father Peter DiMaria (pastor of Sacred Heart Parish in Royersford) and Father Tom Higgins (pastor of Holy Innocents Parish in Philadelphia), and Father Sean Mahoney from Temple Newman.

During Matt’s assignment this past year as a transitional deacon, his introduction to parish ministry has been at St. Andrew in Newtown where he said the pastor, Msgr. Michael Picard, has been a wonderful example.

So now the years of preparation are behind him and the journey in the priesthood really begins.

After ordination, Father Matthew Biedrzycki will celebrate his first Mass Sunday, May 22 at 3 p.m. at St. Martha Church, Northeast Philadelphia. Father Patrick Welsh will be the homilist. 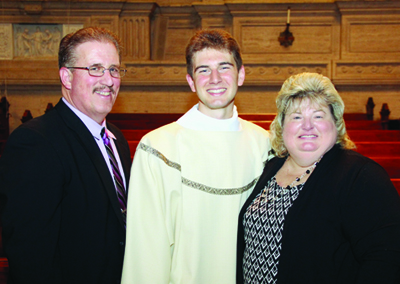 NEXT: Would-be football coach will be a new priest this May