Local Catholic grad taken in 1st round of NFL draft 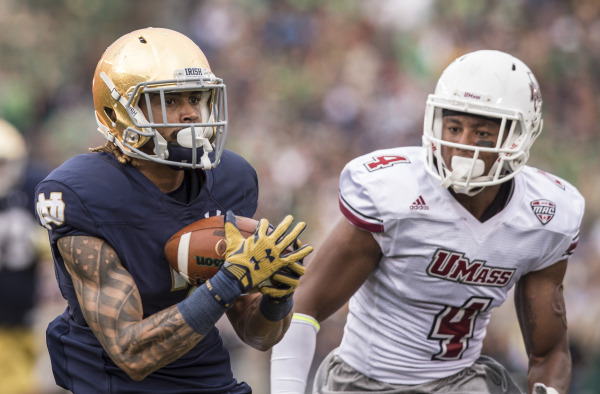 Will Fuller runs after a catch for Notre Dame in a game last season. The Philadelphia product of Roman Catholic High School was selected by the Houston Texans as the 21st overall pick in Thursday's NFL draft. (University of Notre Dame photo) 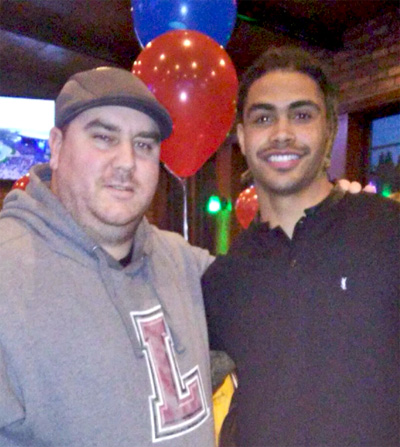 At the mid-way point of the season during his junior year, Will Fuller had just contributed mightily to a Roman Catholic High School football victory. A few reporters approached him for an impromptu interview request.

He looked around thinking that there must have been a mistake before recognizing that, when you score two touchdowns and amass more than 100 receiving yards, it makes sense that you’re the man of the hour.

Around 10 p.m. last night, Will Fuller was once again the man of the hour. The 2013 Roman Catholic graduate, who opted to forego his senior year at the University of Notre Dame so he could enter the NFL draft, was chosen as the 21st overall pick by the Houston Texans, who had traded a sixth-round pick to move up one spot and ensure Fuller’s availability.

Because he wasn’t certain whether or not he would be selected in the first round, Fuller opted to celebrate the life-defining evening with family and friends at Philadelphia’s Maggie’s Waterfront Cafe.

Humility at its finest.

“Knowing Will, even if he was a top-10 pick, I think he would have elected to stay home with those closest to him,” said Joe McCourt, Fuller’s coach at Roman Catholic. “Will approached the game the same way I did as a player. Keep your mouth shut, listen to the coach, put a football in my hands, and watch me do my thing.

“You don’t need to be a rah-rah guy to be a football player. The guys who remain even keel on the football field usually turn out to be the better players.”

Fuller constructed staggering numbers in both college and high school. At Notre Dame, Fuller caught 30 touchdown passes, the second most in school history. One of them helped the Irish survive an epic upset attempt by Temple University at Lincoln Financial Field this past fall.

At Roman, most of his 2,380 receiving yards – 932 to be exact – helped him be named the Catholic League AAAA Most Valuable Player as a senior.

Probably unbeknownst to Fuller at the time was that his coach, McCourt, was one of the best all-around athletes to ever play at the heralded Broad and Vine before graduating in 2001. In addition to being a two-time, first-team All-Catholic baseball player and the first sub off the bench when playing basketball, McCourt was a Catholic League football MVP in 2000 – this in a year that included megastar Cardinal O’Hara’s Kevin Jones, a future NFL running back.

“Will,” said McCourt with a smile, “did things a heck of a lot faster than I could ever dream of.” 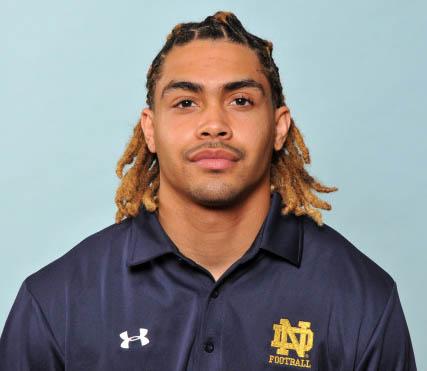 But McCourt’s work ethic was unquestioned. He pushed himself to drain all that he could from his 6-foot, 185-pound frame. Fuller, a few pounds lighter but virtually the same height, did likewise.

“Will would leave a workout at Roman after school and head off to do speed training at night,” said McCourt. “Between school, practice and workouts, Will would oftentimes put in 15-hour days.”

“Everything Will has gotten, he has earned,” he said. “Nothing was ever handed to him. Hard work paid off.”

During his seven years as Roman Catholic head coach, McCourt mentored all types of players, but Fuller stood out from the jump.

Because North Catholic High School had closed in 2010, Fuller, then a freshman, needed to find a high school. He chose Roman Catholic.

Fuller’s first game – Roman’s second of the season, against Inter-Academic League juggernaut Malvern Prep – was legendary. The first three passes he caught resulted in touchdowns, the first on a bomb, the second on a slant, and the third on a short hitch that turned into a 45-yard gain.

Of course, translating that into becoming a future Notre Dame star and NFL first-round draft pick might have seemed a bit overly optimistic, but McCourt was spellbound.

“It was the first and only time in my coaching career that I was in awe of what a player just did in front of me,” said McCourt. “I knew then and there … this kid was special.”

As Fuller improved, so did his football stock. However, Fuller remained amazingly balanced even though, by his senior year, oodles of Division I colleges sought out his athletic prowess.

Fuller contacted South Bend, Indiana, and became a member of the Fighting Irish. Three years later, he’s now a Houston Texan. Ironically, the current coach of Houston, Bill O’Brien, had inherited the Penn State program and had the overwhelming task of reconstructing Nittany Lion pride, but by that time, Fuller had decided to change schools.

“I’m just so proud of Will and what he’s accomplished,” said McCourt. “He is a special person. He’s made the best of every situation that came his way. First North Catholic closing, then coming to a Roman. Then his original choice, Penn State, gets hit with sanctions and he heads to Notre Dame. Every negative situation that could have been looked as an excuse for him not to make it, he made it a sense of motivation to succeed.

“It’s funny how things come full circle. I can remember sitting in Will’s living room the day the sanctions hit at Penn State. We were just trying to process everything and where to go from there. The way Will handled himself during that whole process was admirable. He handled it with pure class. So not only does Coach O’ Brien draft him, he trades up to get him. Will’s character is second to none and he’s the type of guy who will never change.”

Attempts to reach Fuller for comment after the draft failed. McCourt understands why.

“Today, he’s harder to get a hold of than the president,” said McCourt.

The person most surprised about that is probably Will Fuller himself.

“Will is a private guy,” said McCourt, “and although he understands he’s a superstar, if there’s anyway he could stay away from the spotlight, he will do it. Gotta admire that part about him.”

NEXT: Football training plan turns into a stellar success on the track