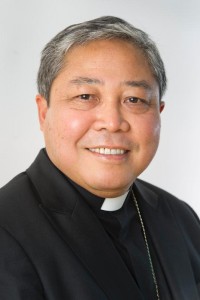 UNITED NATIONS (CNS) — Only a “collective international response” can thwart the specter of terrorism that crosses borders, according to the Vatican’s permanent observer mission to the United Nations.

“The present terrorist challenge has a strong sociocultural component,” he added. “Young people traveling abroad to join the ranks of terrorist organizations are disillusioned by what they experience as a situation of exclusion and by the lack of integration and values in certain societies.”

“Their access to cyberspace must be denied. Their access to funding must be cut off. No country, no company and no individual must be permitted to ‘do business’ with terror groups, in particular in arms and ammunitions,” the U.N. nuncio said.

Archbishop Auza blasted “the mendacity and blasphemy of terrorist groups who claim to kill and oppress in the name of religion,” saying they “must be openly denounced in the strongest possible terms. Religious leaders, in particular, have a grave responsibility to condemn co-believers who seek to instrumentalize their religion as a justification for violence. No one of whatever religion or culture must ever be allowed to carry out acts of violence and oppression in the name of that religion or culture or under whatever pretext.”

He added, “The utter barbarity of their behavior and crimes leaves us dismayed and asking how the human heart can plan and carry out such horrible acts.”

During an April 18 U.N. Security Council debate on the Middle East, Archbishop Auza held fast to his theme of denouncing religiously inspired violence.

“Hear the cries of the beleaguered communities of Christians and other ethnic and religious minority groups in the Middle East, who are discriminated against, persecuted, slaughtered, set afire or drowned because they do not share the ideological or religious views of their persecutors,” he said.

“Their very peaceful enculturation as minorities into the majority culture has made them specific targets of extremist violence that forces them to flee their homes and abandon their properties and homeland, risking everything as they cross inhospitable deserts and perilous seas in search of calmer shores and welcoming communities which, unfortunately, they do not always find.”

Archbishop Auza also voiced his concern that “the two-state solution between Israel and Palestine is in danger of failing, as peace talks stall and inflammatory rhetoric, acts of terror and unilateral actions scupper efforts to restore a process of meaningful dialogue and compromise.”

He said, “The Holy See firmly believes that the two-state solution provides the best possibility of a peaceful settlement.”

Archbishop Auza noted what Pope Francis had remarked at the airport in Tel Aviv, Israel, during his 2014 visit to Jordan, Israel and Palestine. “He pleaded both for a universal recognition of the right of the state of Israel to exist and to flourish in peace and security within internationally recognized borders, and the creation of a viable state of Palestine, a sovereign homeland in which the Palestinians can live in peace, dignity and freedom,” the archbishop said. “The two-state solution must become reality and not remain merely a dream.”

Full relations between the Vatican and Palestine took effect Jan. 2. “The Holy See hopes that the agreement may serve as an example of dialogue and cooperation, in particular for other Arab and Muslim majority countries,” Archbishop Auza said.

NEXT: Look at your own sins before judging others, pope says at audience