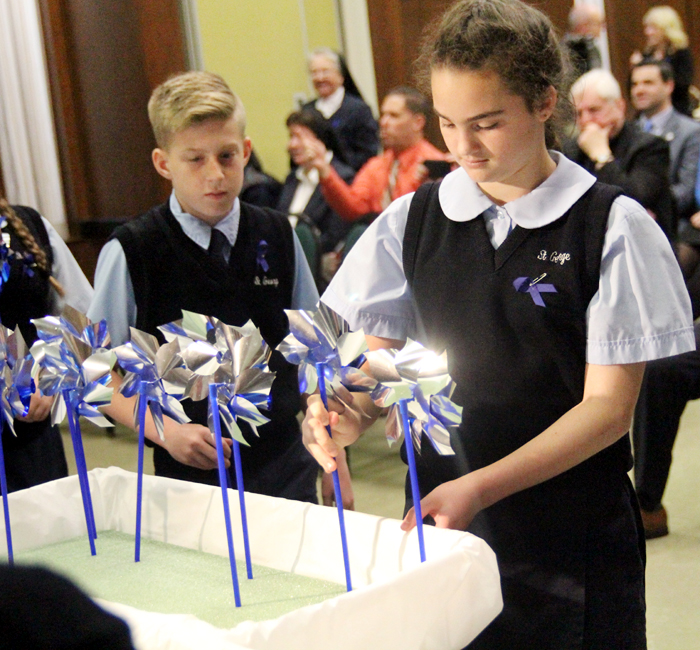 Archbishop Charles Chaput led about 150 Catholic school children in an event Thursday, April 7 observing April as National Child Abuse Prevention Month and explaining the Archdiocese of Philadelphia’s work of abuse awareness and prevention. The students — from seven archdiocesan high schools, four parish grade schools and two schools of special education — and the archbishop displayed the blue and silver pinwheels, which he called “symbols of a carefree childhood,” at the Archdiocesan Pastoral Center in center city Philadelphia. Read the full story here. (Photos by Sarah Webb) 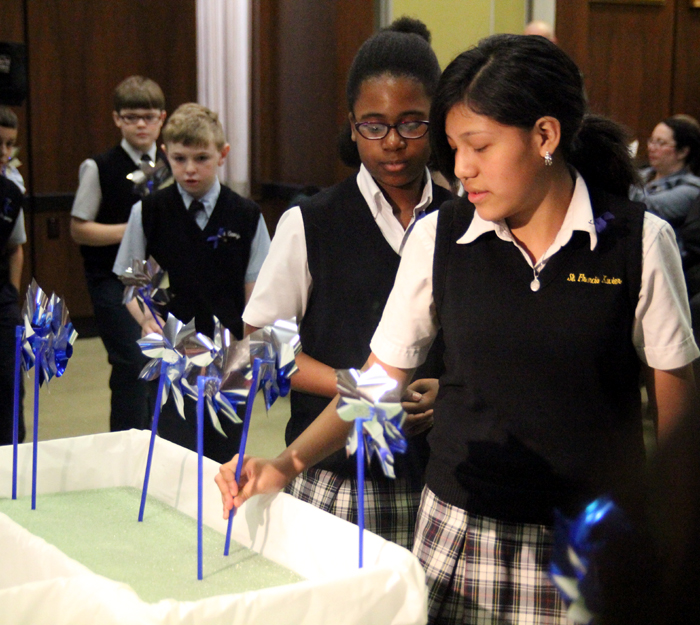 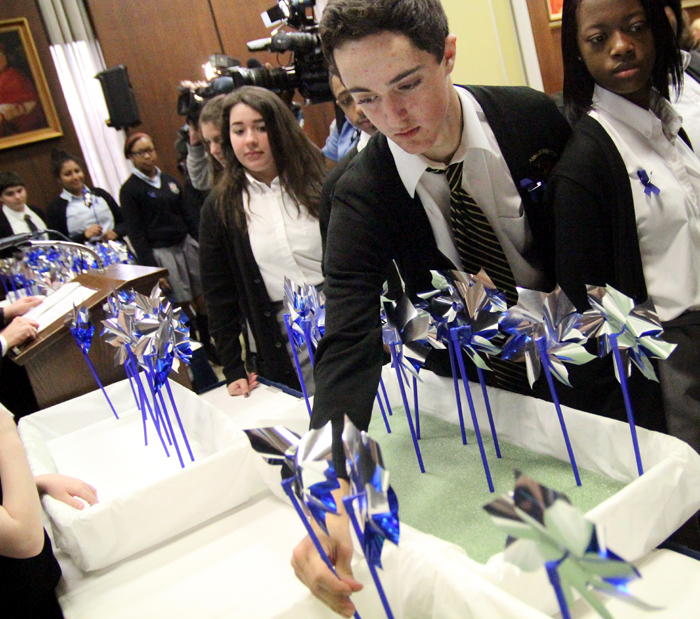 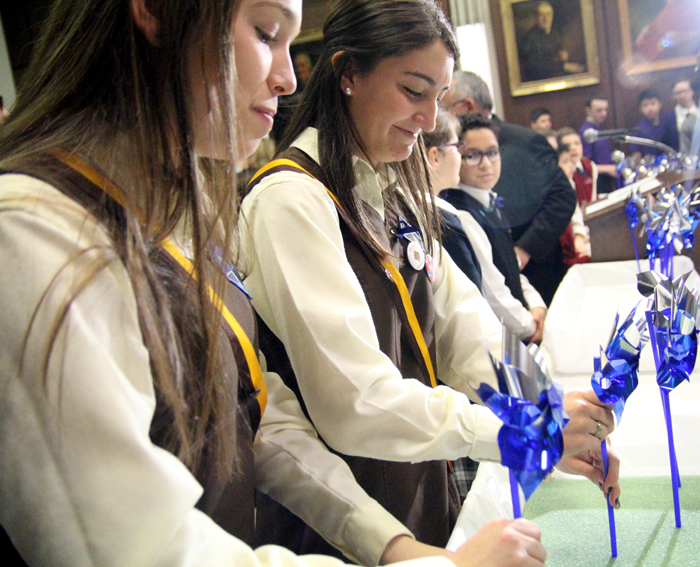 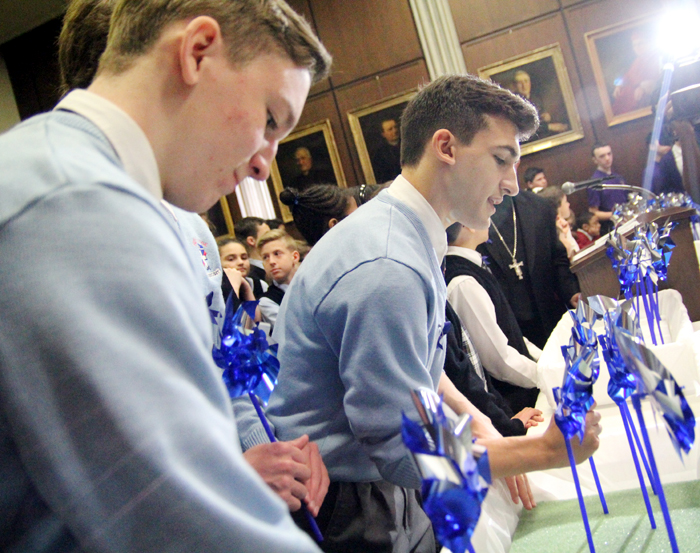 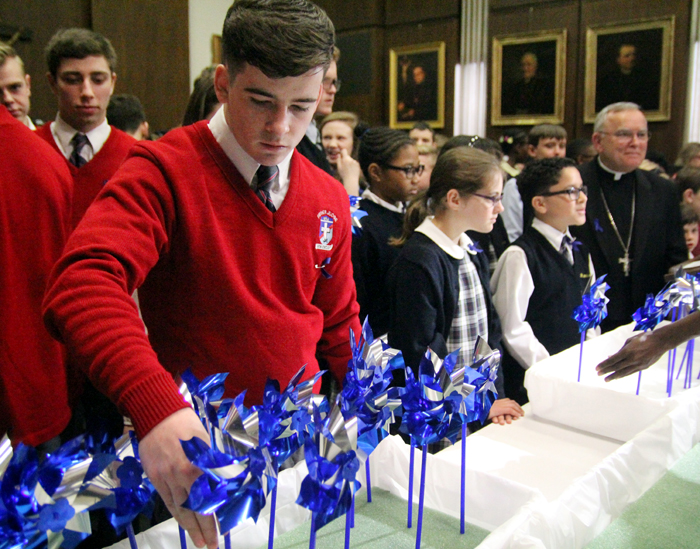 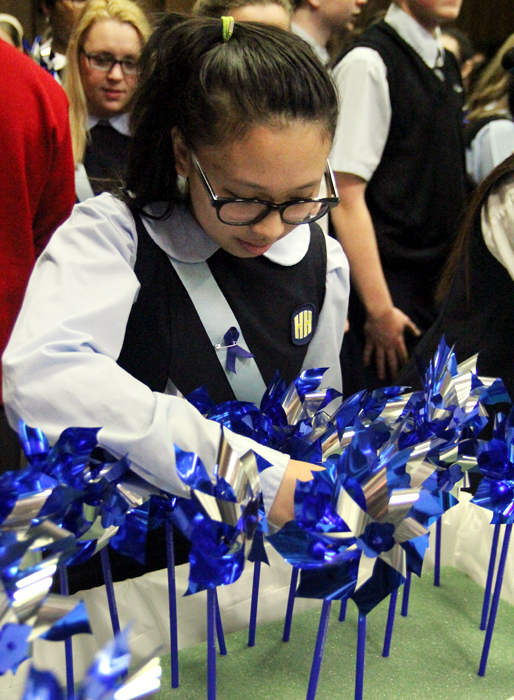 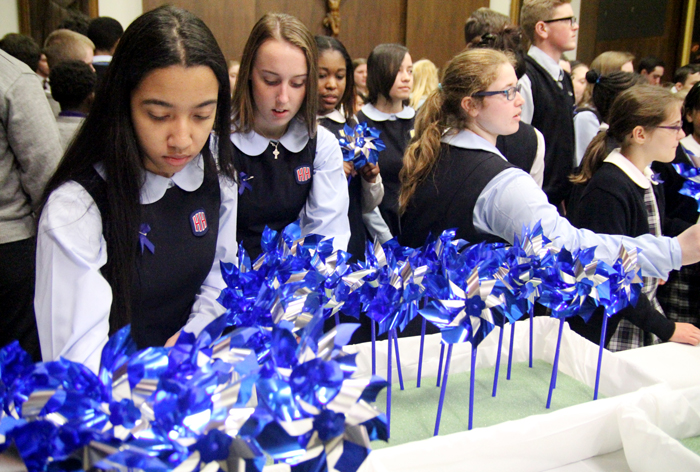 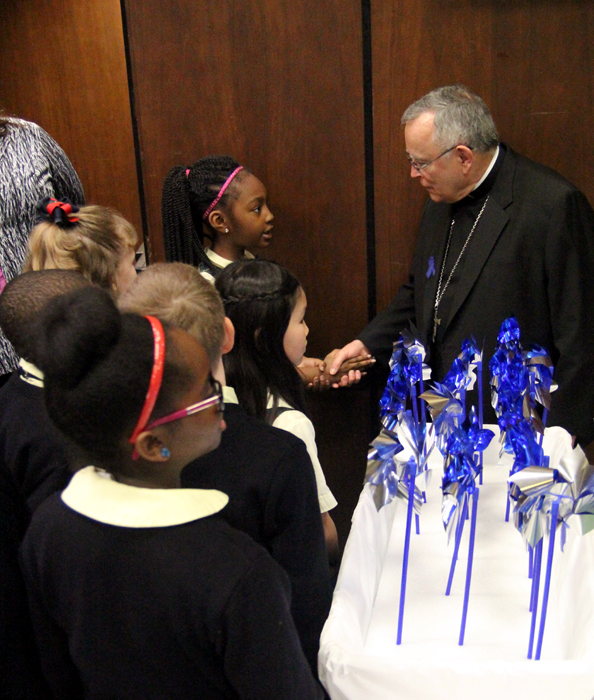 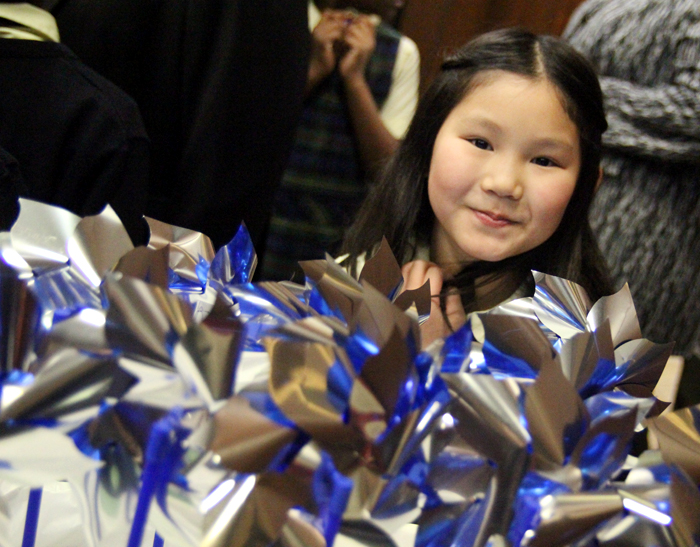 Justine Weng, third grade student at St. Francis de Sales School in Philadelphia, is one of more than 150 students to plant her “Pinwheel for Prevention” April 7 at the Archdiocesan Pastoral Center during National Child Abuse Awareness Month in April. 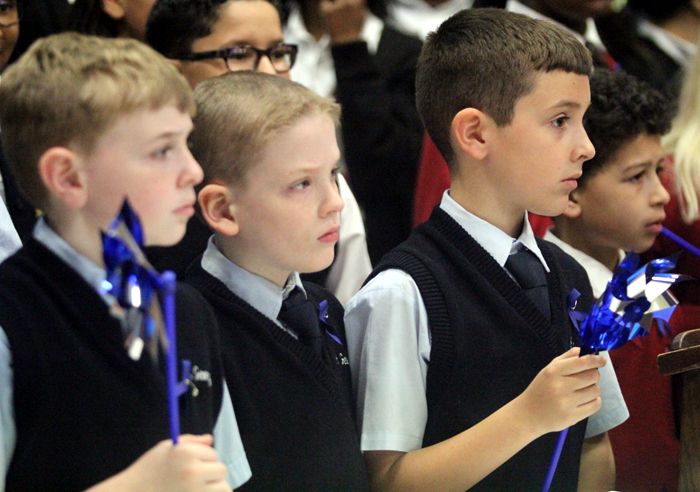 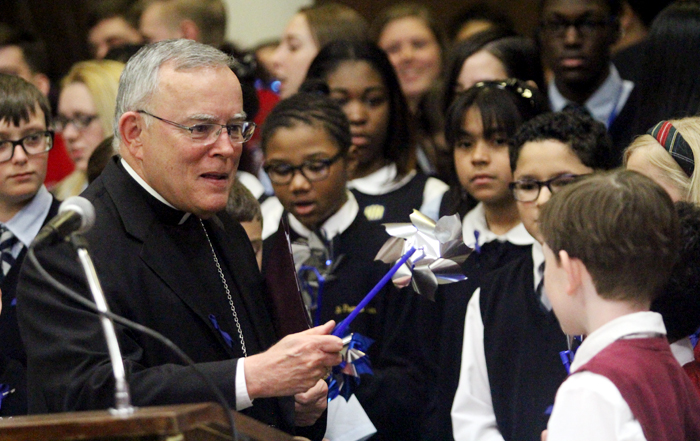 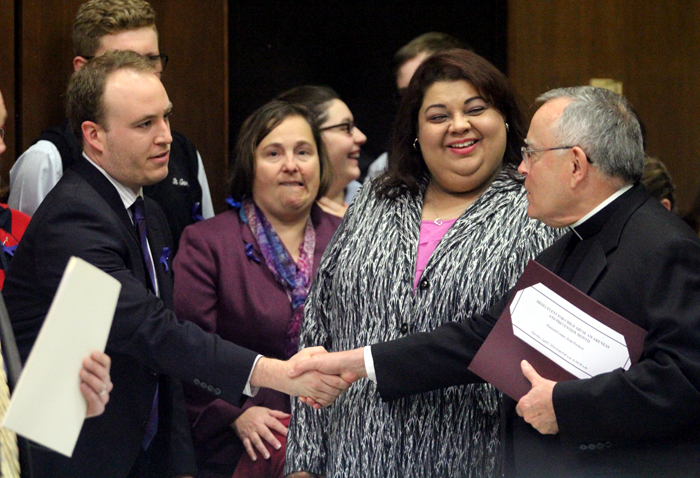 Nick Kokiko of the Philadelphia Children’s Alliance shakes the hand of Archbishop Charles Chaput, alongside Leslie Davila of the Archdiocese of Philadelphia’s Office for Child and Youth Protection, April 7 at the Archdiocesan Pastoral Center. 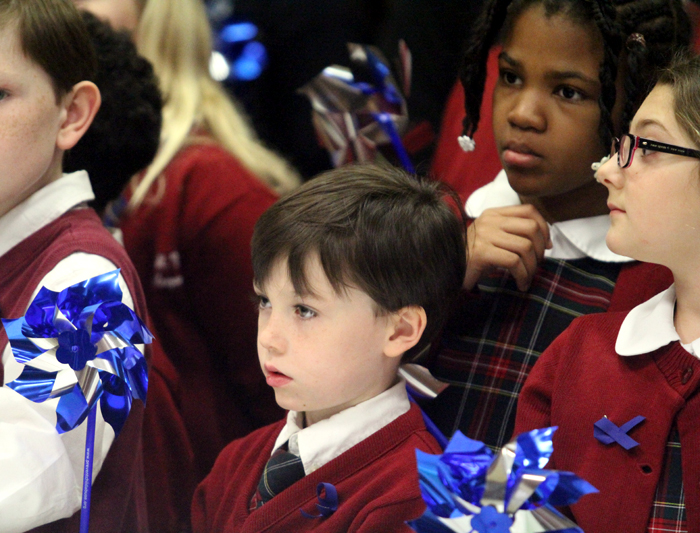 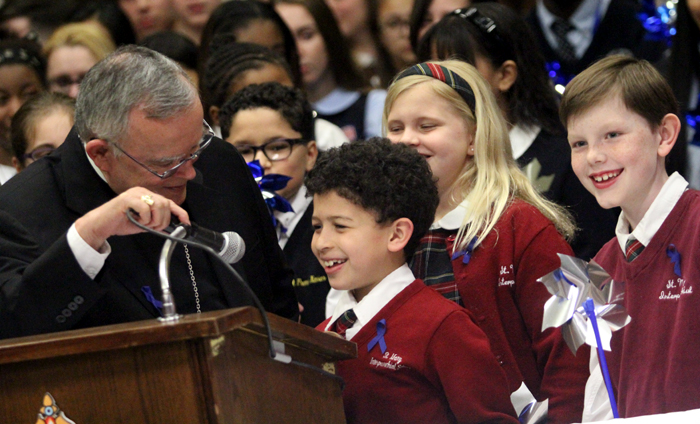 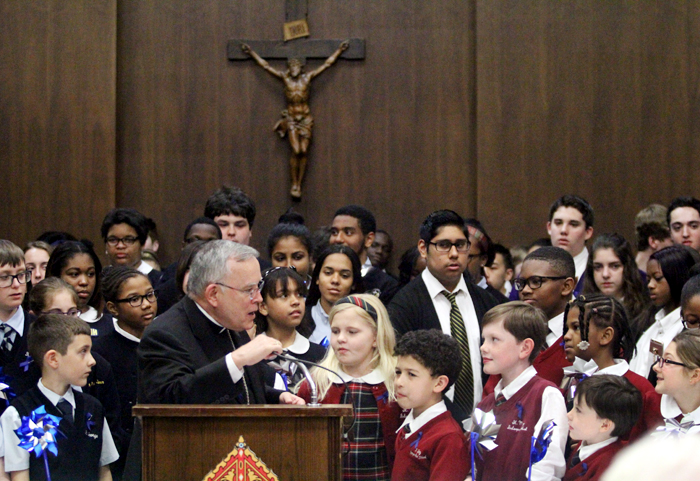 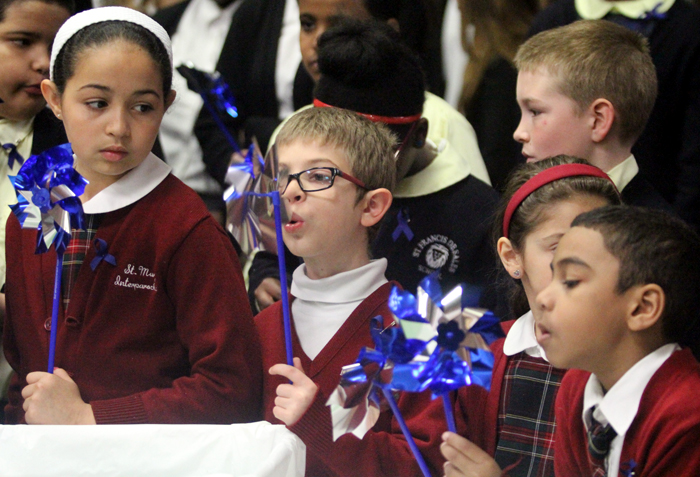 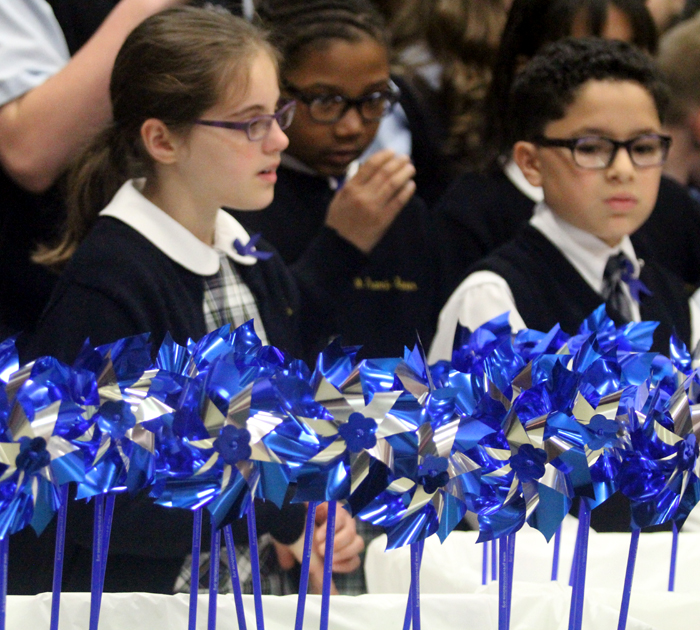 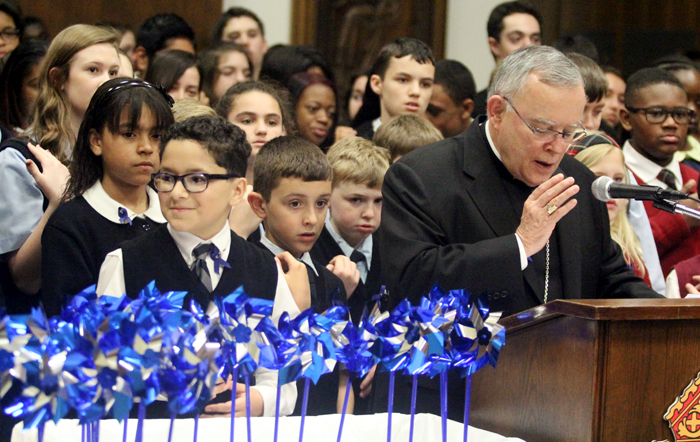 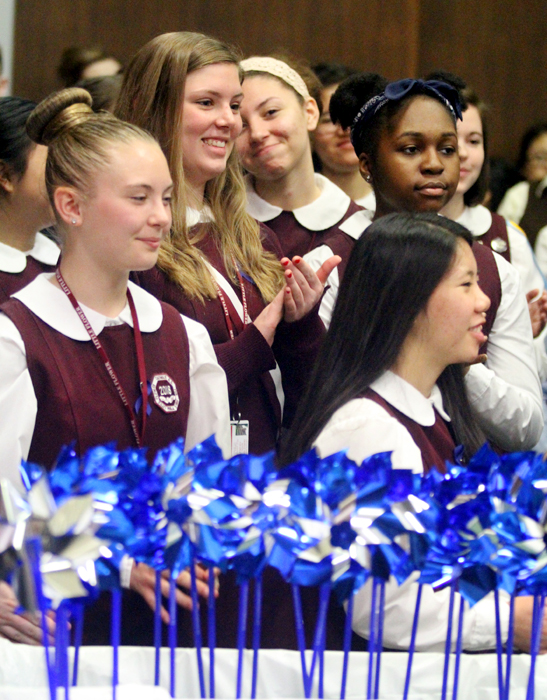 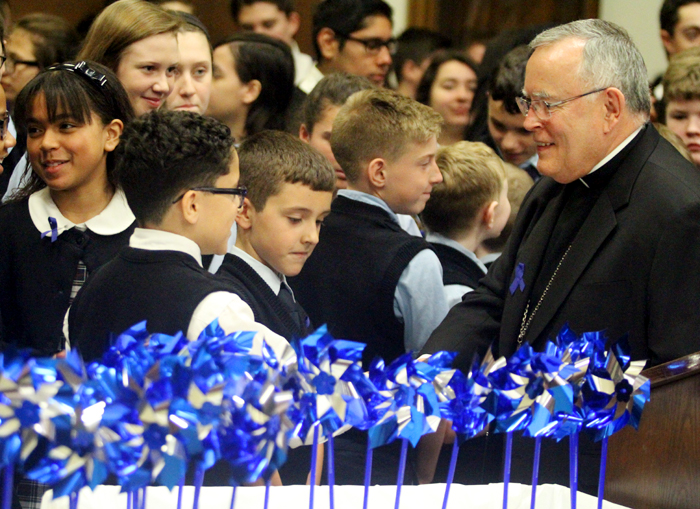