Prince and his unique journey toward God 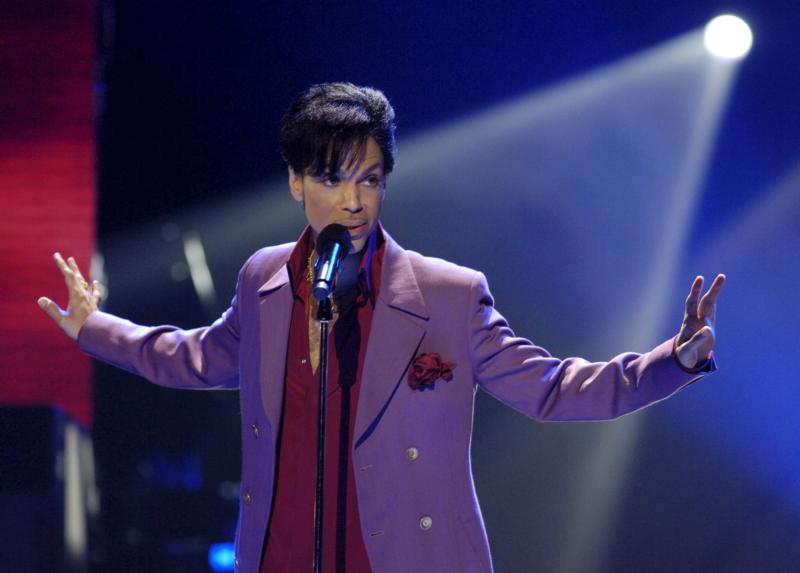 Prince performs on the "American Idol" television show in 2006 in Los Angeles. The 57-year-old iconic musician was found dead April 21 at his home just outside Minneapolis. (CNS photo/Chris Pizzello, Reuters)

The death of the legendary rock star Prince on April 21 led me to reflect on the impact fame and fortune had on his life. And it reminded me of a phrase I’ve heard: Fame and fortune won’t ruin you, you do that to yourself.

Only Prince knew for sure its exact impact. But glancing at his life as an outsider, it is admirable that he often spoke of God and of spirituality in public. For someone who was constantly changing, God seemed to be a constant in his life.

”I always knew I had a relationship with God,” he said in one interview. In a different interview, he discussed what he thought was his purpose in life: “I would say complete oneness with the spirit of God and knowledge of the truth.”

Prince heeded that wisdom, and it must have helped him somehow. He concentrated on producing a body of work that many considered the gold standard of creative excellence. Many experienced musicians praised his work ethic and skill and said that Prince was exceptional.

For decades, Prince created music and films that touched the lives of hundreds of millions of fans all over the world. As an aging priest, I must admit, I barely noticed him. What wasn’t lost on me was the outpouring of love that followed his passing. It opened my eyes to the phenomenal influence he had on the world.

My niece, Dionne Benjamin-Smith, recently wrote about Prince in Bahamian Art & Culture magazine, which she publishes in the Bahamas.

Here’s what she wrote about Prince: “The first time I heard his music my mind was blown. It was so distinctive and captivating. ‘Purple Rain’ was my favorite album. It helped me get through a turbulent time in my life. His music had a sadness to it, and as a misunderstood teenager, I identified with him and his music. I also admired how he stood courageously behind his work, as evidenced by the protracted legal battle he had with Warner Bros. over his copyright and his name. It was a battle he eventually won.”

Though Prince was raised as a member of the Seventh-day Adventist Church, he later became part of the Jehovah’s Witnesses. He spent hours talking to people about his faith in God and Jesus. He did more than just sprinkle lyrics in his songs about his beliefs. He wasn’t afraid to talk about religion or God.

It is for these reasons that I celebrate his life. Prince used his talent. He understood this truth: God doesn’t raise us up to great heights for our own glory. He lifts us higher so that we can lift others up as well.

I am aware that there are those out there who may take up issue with some aspects of his work. Maybe he made mistakes when he was young. I’ll leave that issue for God to judge. Prince seemed to believe in the new creation God wants all of us to be.

It seems that Prince loved himself, but in the way that God urges all of us to love ourselves, by perfecting our talents and using them to serve the common good. To do this, Prince ultimately became a man of prayer. Each of us fulfills our need for God in our unique way. May the soul of Prince, and all the faithful departed, rest in peace.

NEXT: If priest is infirm, shouldn’t deacon distribute the Communion host?