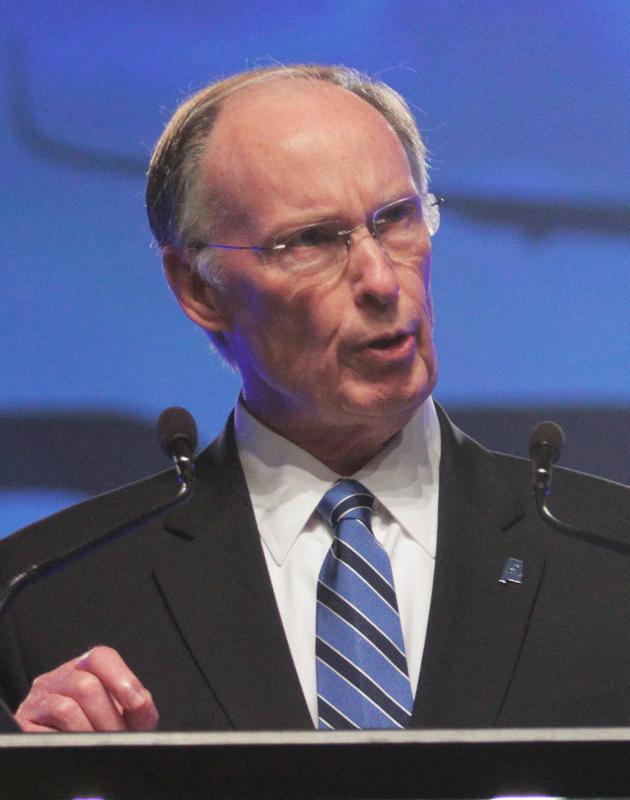 MONTGOMERY, Ala. (CNS) — Alabama Gov. Robert Bentley May 12 signed into law a bill to protect unborn children from dismemberment abortions, a measure that “is starting to transform the debate about abortion policy in the United States,” said Carol Tobias, president of National Right to Life.

She called it a groundbreaking bill and applauded Alabama Citizens for Life, an affiliate of the national group, as well as “the pro-life commitment” of the state Legislature and the Republican governor to see that it became law. It takes effect in August.

The same day the Louisiana Legislature passed a measure to extend the state’s waiting period before a woman can get an abortion from 24 hours to 72 hours.

In Alabama, state law “has long held an unborn child can be endangered and feel pain and suffer,” said Bentley, who is a medical doctor. “This particular bill puts an end to something that should not be an elective procedure.”

He signed a second bill that prohibits abortion clinics from operating within 2,000 feet of elementary and middle schools. It could close two of the state’s abortion clinics, one in Huntsville and one in Tuscaloosa. According to the Montgomery Advertiser daily newspaper, the two clinics accounted for 72 percent of all the abortion procedures in Alabama in 2014.

Alabama becomes the fifth state to enact an Unborn Child Protection From Dismemberment Abortion Act, after Mississippi, West Virginia, Kansas and Oklahoma. According to National Right to Life, the legislation — based on the pro-life organization’s model bill — also has been introduced in Idaho, Louisiana, Missouri and Nebraska and may be taken up in several other states.

The procedure is a form of second-trimester abortion that “dismembers a living unborn child and extracts him or her one piece at a time from the uterus.” It is called a D&E for “dilation and evacuation.”

According to the National Abortion Federation Abortion Training Textbook, “D&E remains the most prevalent method of second-trimester pregnancy termination in the USA, accounting for 96 percent of all second trimester abortions.”

It is different from the partial-birth abortion method used in late-term abortions, which is now illegal in the United States.

By signing the two abortion bills, Bentley “is protecting not only the unborn, but also the children of his state,” said Father Frank Pavone, national director of Priests for Life. “No child should be killed at any stage, but the brutality of the dismemberment procedure makes it particularly obvious that it should be banned.

He added: “Also, none of our communities should have abortion mills in their midst but it is especially macabre to have a killing center next to a school, so this is another important law.”

Both of Alabama’s new abortion laws are expected to be challenge in federal court.