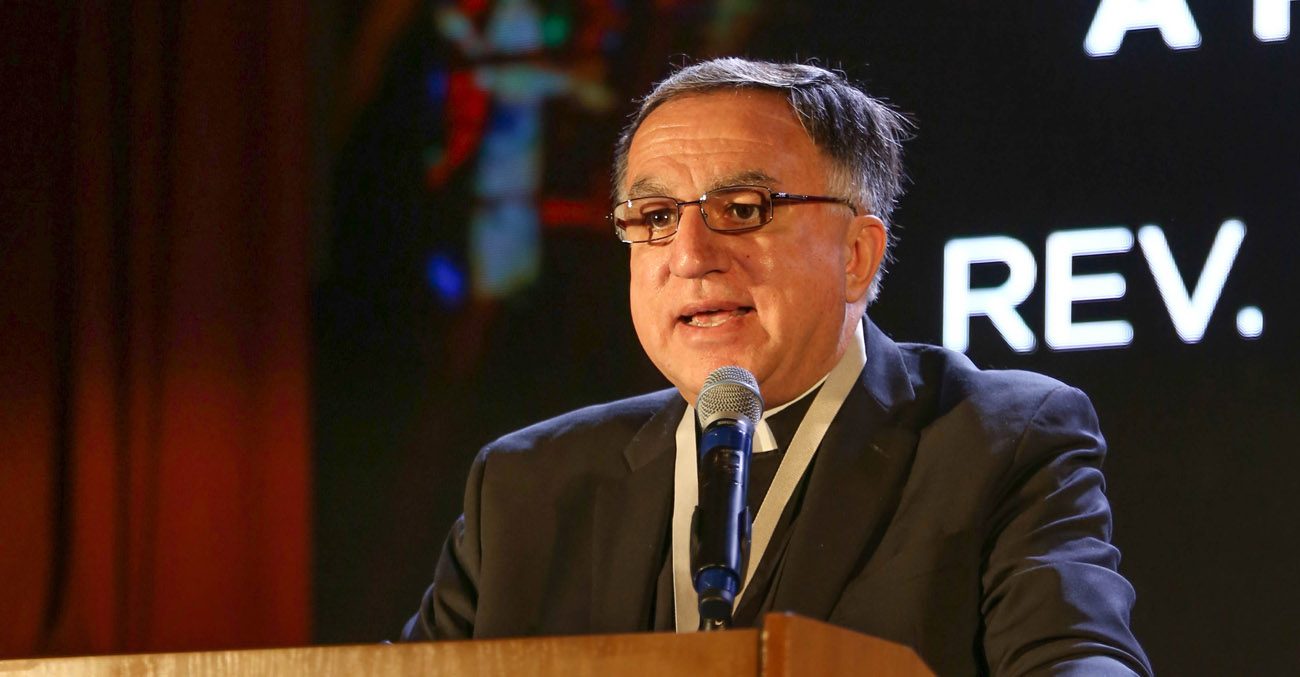 BROOKLYN, N.Y. (CNS) — Pope Francis has rebranded the Catholic Church and the papacy, and the media have taken notice.

That was the message delivered by Basilian Father Thomas Rosica, who delivered the keynote address May 11 at the Brooklyn Diocese’s observance of World Communications Day.

Sponsored by the DeSales Media Group, the event in downtown Brooklyn drew about 250 people.

Father Rosica, CEO of Canada’s Salt and Light Catholic Media Foundation and the English-language attache to the Holy See Press Office at the Vatican, was presented with the Brooklyn Diocese’s St. Francis DeSales Distinguished Communicator Award by Bishop Nicholas DiMarzio.

“Prior to Pope Francis, when many people on the street were asked: ‘What is the Catholic Church all about? What does the pope stand for?’ The response would often be, ‘Catholics, well they are against abortion, gay marriage and birth control. They are known for the sex abuse crisis that has terribly marred and weakened their moral authority and credibility,'” said Father Rosica.

“We have a pope who is concerned about the environment, about mercy, compassion and love, and a deep passion, care and concern for the poor and for displaced peoples roaming the face of this earth,” he added. “Pope Francis has won over a great part of the media.”

The pontiff “has changed the image of the church so much that prestigious graduate schools of business and management are now using him as a case study in rebranding,” the priest added.

While the pope has caused more people to take notice, that doesn’t mean that everyone agrees or follows the message he preaches, Father Rosica said.

But he explained that Pope Francis has opened up a dialogue with the world and the Catholic media is a big part of showcasing the work of the Catholic Church.

He referred to Francis’ message for World Communications Day to explain how church media should go about its work.

“Our primary task is to uphold the truth with love,” he said.

That means that Catholic media should “listen” to, rather than merely “hear,” as it engages in dialogue.

It also means that church media should communicate with everyone, without exception.

It further means that “Christians ought to be a constant encouragement to communion and, even in those cases where they must firmly condemn evil, they should never try to rupture relationships and communication.”

Father Rosica further added that “political and diplomatic language would do well to be inspired by mercy, which never loses hope.”

“May our way of communicating help to overcome the mind-set that neatly separates sinners from the righteous,” he said. “We can and we must judge situations of sin – such as violence, corruption and exploitation – but we may not judge individuals, since only God can see into the depths of their hearts.”

Father Rosica said the work of the Catholic media is to build bridges that encourage encounter and inclusion and to avoid misunderstandings that add to wounds and vengeance.

He urged a prudent use of some of the new social media.

“The character assassination on the Internet by those claiming to be Catholic and Christian has turned it into a graveyard of corpses strewn all around,” he said. “Often times the obsessed, scrupulous, self-appointed, nostalgia-hankering virtual guardians of faith or of liturgical practices are very disturbed, broken and angry individuals, who never found a platform or pulpit in real life and so resort to the Internet and become trolling pontiffs and holy executioners! In reality they are deeply troubled, sad and angry people.”

He pointed out that Catholic media will be held to accountability and responsibility for creating communion and engaging in a dialogue that is fueled by mercy and understanding.

“The church must shine with the light that lives within itself, it must go out and encounter human beings who — even though they believe that they do not need to hear a message of salvation — often find themselves afraid and wounded by life,” he said.

“The light of Christ reflected in the church must not become the privilege of only a few elect who float enclosed within a safe harbor or ghetto network of communications for the elite, the clean, the perfect and the saved.”

NEXT: Pharmaceutical firm hailed for ban on supplying drugs for executions