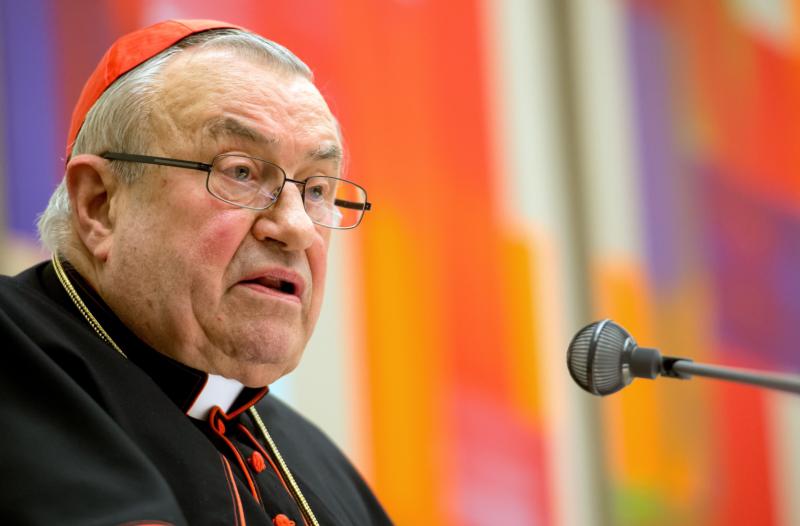 BONN, Germany (CNS) — A German cardinal said names of candidates submitted to the Vatican as potential bishops are being vetoed by “unauthorized people” in Rome.

“In the name of the law, these unlawful outside influences must be set aside and a proper voice given to those who’ll be living with the chosen candidate,” said Cardinal Karl Lehmann of Mainz, who was president of the German bishops’ conference from 1987 to 2008.

“If there really is something against a candidate, then the nuncio or Rome must talk about it with the cathedral chapter. Rome cannot just reject names without any comment,” he said.

The cardinal made his criticisms in a German-language book, published by Freiburg-based Herder-Verlag. Extracts were published May 3 by the German Catholic news agency, KNA.

“In recent years, the official list of names has been crossed out and a new list sent from Rome,” said Cardinal Lehmann, who has been bishop of Mainz since 1983. “This represents a burdensome, intolerable disrespect for the church in a given country.”

Church leaders are required by canon law to maintain a secret list of episcopal candidates, who must be “outstanding in strong faith, good morals, piety, zeal for souls, wisdom, prudence and human virtues.”

A set of three, or “terna,” for a vacant see is sent to Rome by the Vatican nuncio after consultations with local priests and bishops.

However, the final choice rests with the pope, following recommendations from the Roman Curia, which can reject the “terna” and request new names.

A cathedral chapter is a group of priests, usually senior clerics, who perform solemn liturgical functions and other duties in the cathedral. In 13 of Germany’s 27 dioceses, as well as in some dioceses of Switzerland and Austria, the cathedral chapters also traditionally propose their own candidates for bishop.

However, Cardinal Lehmann said he believed the nomination process was being disrupted by people “focused on a strict church policy allowing no deviation” and who had “knowledge of how things work in Rome.”

“Much greater attention should be given to an episcopal candidate’s theological competence than his formal orthodoxy,” said Cardinal Lehmann. “There’s an urgent need for clarification — otherwise, the whole appointment process will come into question.”