Health care is a right, not a privilege, pope says 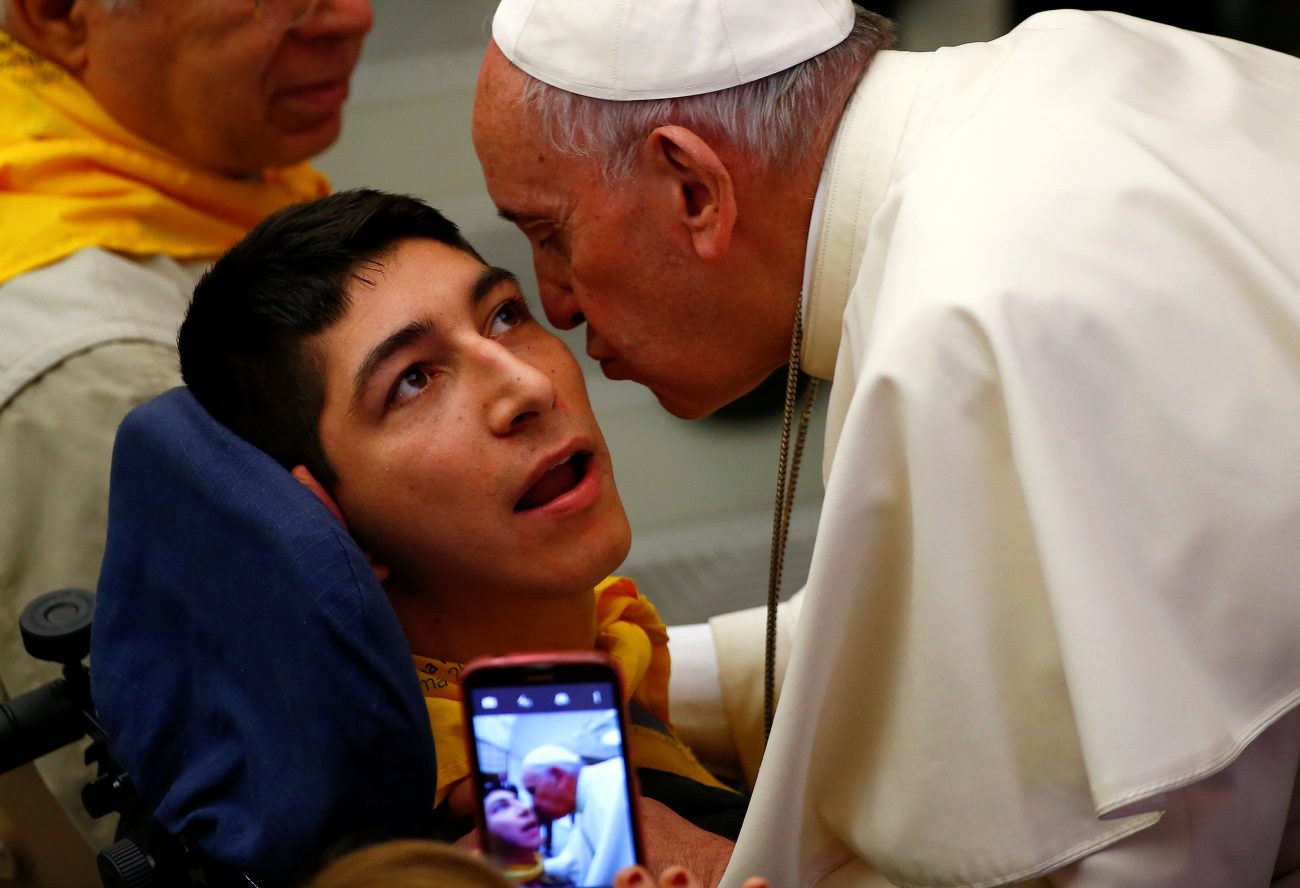 Pope Francis kisses a disabled young man during a special audience with members of Doctors with Africa at the Vatican May 7. (CNS photo/Tony Gentile, Reuters) 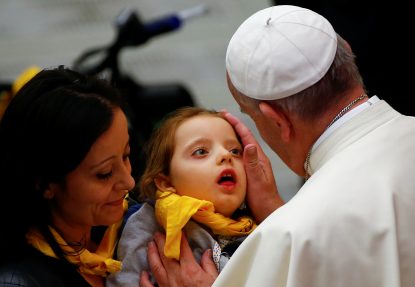 Pope Francis blesses a child during a special audience with members of Doctors with Africa at the Vatican May 7. (CNS photo/Tony Gentile, Reuters)

VATICAN CITY (CNS) — The Catholic Church is not a fancy medical clinic for the rich, but a “field hospital” that — often literally — provides the only medical care some people will ever receive, Pope Francis said.

“Health is not a consumer good but a universal right, so access to health services cannot be a privilege,” the pope said May 7 during a meeting with members, volunteers and supporters of Doctors with Africa, a medical mission begun by the Diocese of Padua, Italy, 65 years ago.

In many parts of the world, especially in Africa, the pope said, basic health care “is denied — denied!” — to too many people. “It is not a right for all, but rather still a privilege for a few, for those who can afford it.”

“Access to health services, to treatment and to pharmaceuticals is still a mirage,” Pope Francis told the group, which includes dozens of young doctors who volunteer their services in Uganda, Tanzania, Mozambique, Ethiopia, Angola, South Sudan and Sierra Leone.

Offering medical care in sub-Saharan Africa and training Africans to take over the clinics when they are able is an important expression of “a church that is not a super-clinic for VIPs, but a field hospital,” the pope said.

Pope Francis also paid tribute to the late Father Luigi Mazzucato, who directed Doctors with Africa from 1955 to 2008. He died in November at the age of 88.

In his last will and testament, the pope said, Father Mazzucato had written: “Born poor, I always sought to live with the minimum necessary. I have nothing of my own and nothing to leave. The few clothes I possess, I would like to be given to the poor.”

Adding to his customary request that people pray for him, Pope Francis told the group, “pray for me that the Lord will make me poorer each day.”

NEXT: Pope prays for people displaced by Canadian wildfires