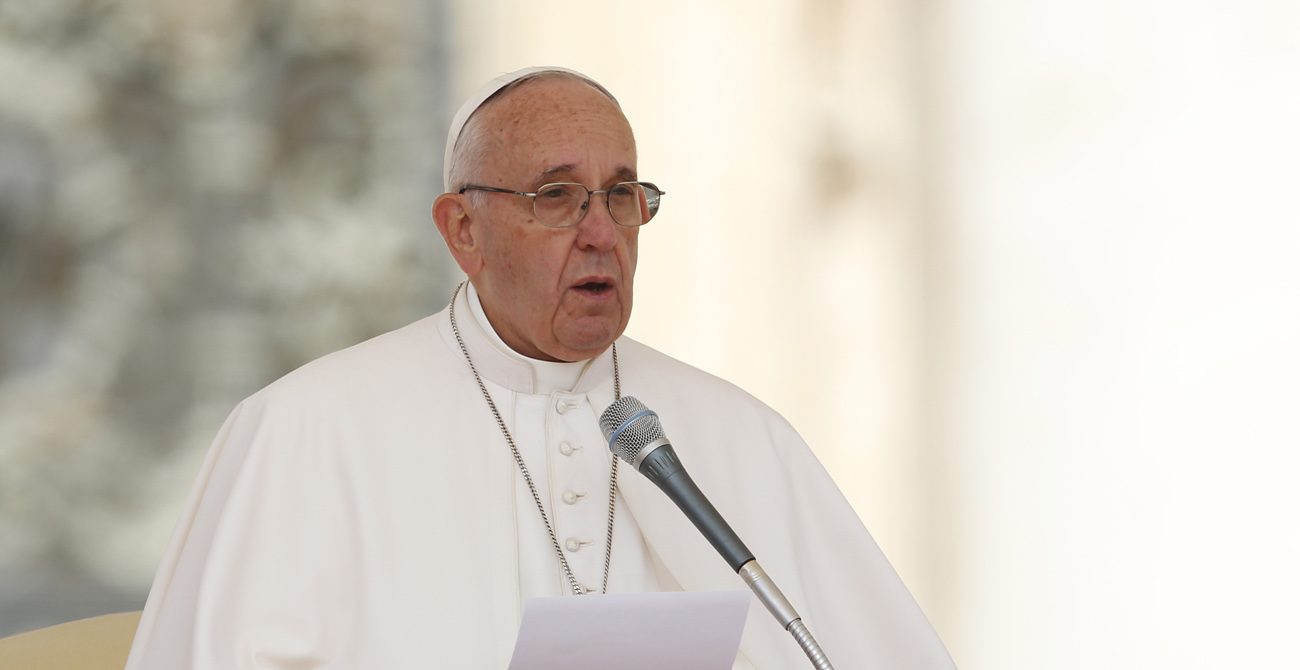 Pope Francis calls for prayers for victims of recent terrorist attacks in Syria as he reads a statement during his general audience in St. Peter's Square at the Vatican May 25. (CNS photo/Paul Haring)

VATICAN CITY (CNS) — Pray for victims of recent terrorist attacks in Syria and pray that those who sow death and destruction will change their ways, Pope Francis said in an appeal.

At the end of his weekly general audience in St. Peter’s Square May 25, the pope mentioned a string of attacks to hit “beloved Syria” May 23, causing the death of “defenseless civilians.”

At least 150 people were killed in separate, but nearly simultaneous explosions in the cities of Jableh and Tartus. Militants of the Islamic State group claimed responsibility for the attacks on the civilian targets, which included a hospital.

Before leading the “Hail Mary,” the pope asked that everyone pray for the “eternal repose of the victims, solace for the relatives” and that God would “convert the hearts of those who sow death and destruction.”

Also at the audience, the pope marked International Missing Children’s Day with an appeal to civil and religious leaders to raise people’s awareness and inspire action in protecting vulnerable children.

“It is the duty of everyone to protect children, most of all those exposed to a high risk of exploitation, trafficking and deviant behaviors,” the pope said.

He said he hoped civil and religious leaders could “rattle” people’s consciences and raise awareness so that no one would be indifferent to the problem of children who are “alone, exploited and removed from their families and social context, children who cannot grow up in peace and look to the future with hope.”

He invited everyone to pray that every missing child would be “returned to the affection of their own loved ones.”

According to the International Center for Missing and Exploited Children, more than 8 million children around the world go missing every year. These children face increased danger of falling victim to abuse, exploitation and illegal activities, it said.

NEXT: Interior peace leads to care for poor and creation, pope says