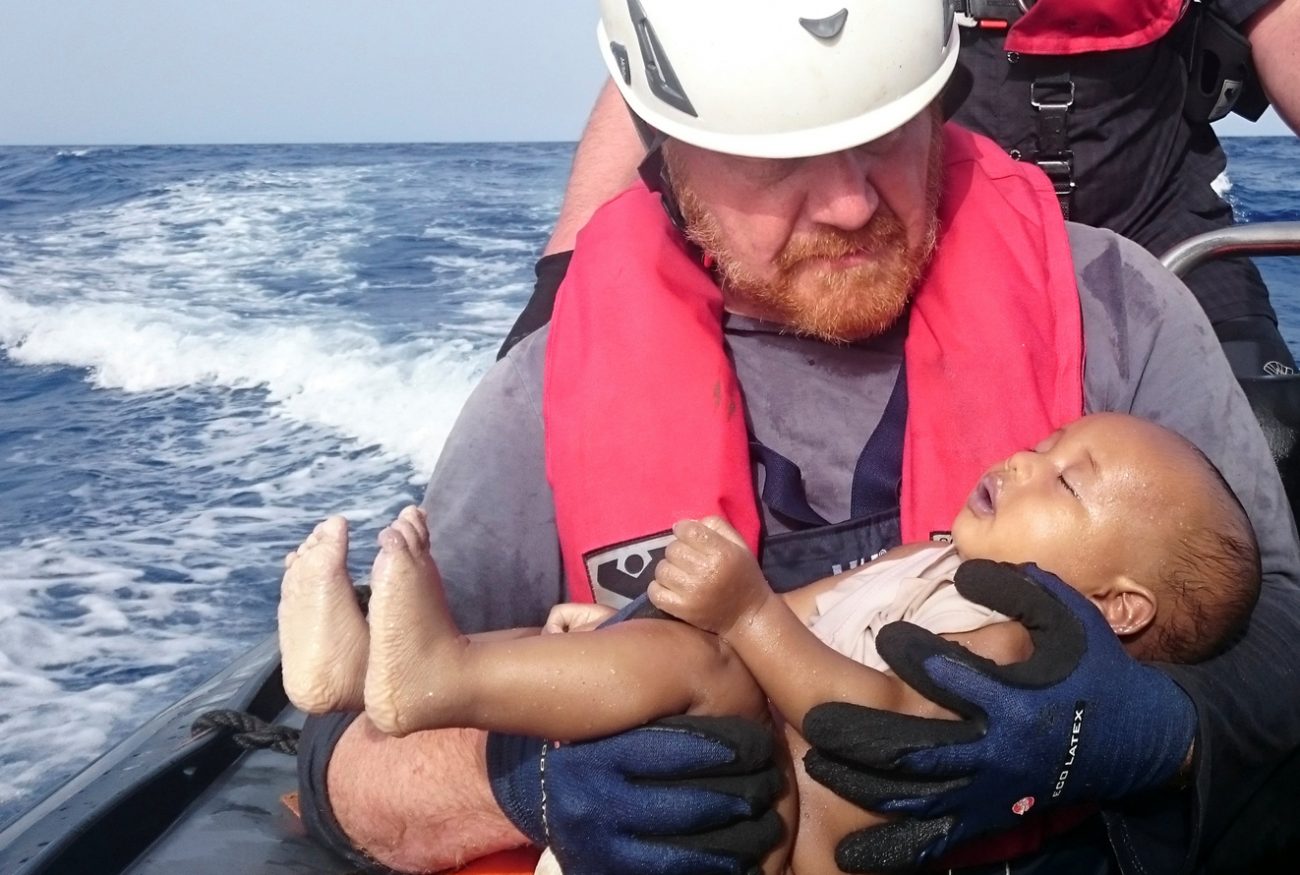 A German rescuer from the humanitarian organization Sea-Watch holds a migrant baby May 27 who drowned off the Libyan cost. The baby, who appears to be no more than a year old, was pulled from the sea after a wooden boat capsized. (CNS photo/Christian Buettner, Eikon Nord GmbH Germany Handout via Reuters)

VATICAN CITY (CNS) — Pope Francis called on Catholics and Orthodox Christians to pray for children in Syria who are suffering because of the ongoing conflict in the country.

“The children of Syria invite children from all over the world to join in their prayer for peace” on International Children’s Day June 1, he said.

Before praying the Angelus May 29, the pope said Catholic and Orthodox Christians would be taking part together in the special prayer for peace and that the children were “the protagonists” by inviting all the world’s children to unite with them in prayer.

The joint Day of Prayer for Peace, sponsored by the Catholic charity Aid to the Church in Need, is one of several initiatives meant to promote peace in Syria.

The pope’s invitation echoes that of Catholic leaders and Orthodox patriarchs in the country, who signed a joint message inviting Christians around the world to join them in praying for peace.

The message says: “We pray to him — the Christ, the king of the universe, who carries the world in his hand, in the arms of his mother — to bless all the children of Syria. We implore him, who alone can bring peace: ‘Protect and save the children of this land! Hear our prayers, now! Delay no longer in granting peace to our land! Look upon the tears of the children; dry the tears of the mothers; let the cries of grief at last fall silent!'”