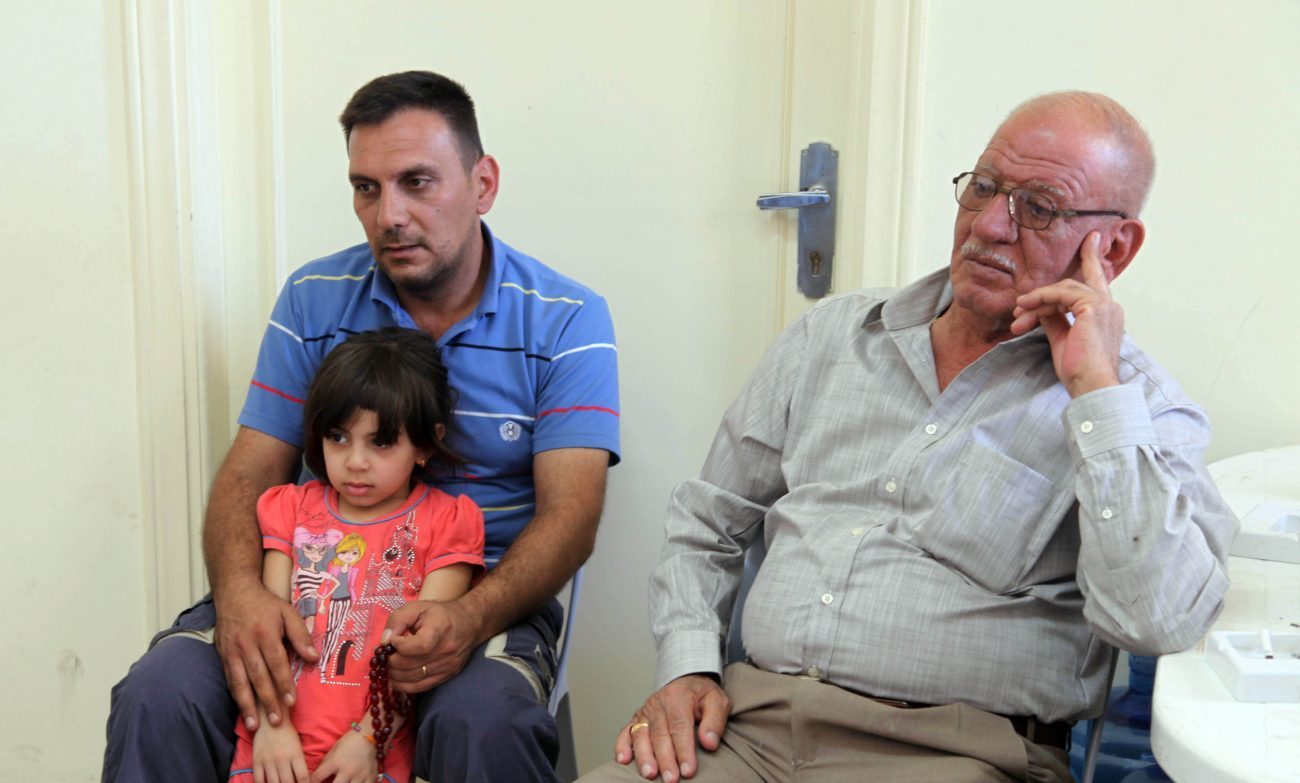 A Christian family who fled from violence in Mosul, Iraq, sit in the room of a church in 2014 in Amman, Jordan. The Vatican is funding a job-creation program for Iraqi refugees in Jordan, a country that is hosting close to 1.5 million refugees, but is struggling to provide work for them. (CNS photo/Jamal Nasrallah, EPA)

VATICAN CITY (CNS) — The Vatican is funding a job-creation program for Iraqi refugees in Jordan, a country that is hosting close to 1.5 million refugees, but is struggling to provide work for them.

With $150,000 donated to the Vatican by visitors to its pavilion at the World’s Fair in Milan in 2015, the Vatican will provide the funding that Caritas Jordan needs to launch the project.

Fifteen Iraqi refugees will have full-time work cultivating, producing and selling vegetables and oil, said a communique May 10 from the Pontifical Council Cor Unum, the Vatican office which promotes and distributes Catholic charity. The jobs will allow them to provide for their families and become self-supporting, the office said.

Another 200 Iraqi refugees will be given training in carpentry, agriculture and the food industry, Cor Unum said, and an additional 500 will be given seasonal employment.

Jordan currently is hosting about 130,000 Iraqi refugees, Cor Unum said; many of the refugees fled their homes in Iraq after the 2003 U.S.-led invasion of their country and the capture of Saddam Hussein. Jordan also is hosting more than 1.3 million Syrian refugees, making it even more difficult for any refugee to find work.

Many refugees look for work and often accept jobs without contracts, said Wael Suleiman, director of Caritas Jordan. “But the market does not offer many opportunities.”

The project, which will be based at Caritas’ Our Lady of Peace Center in Amman, was to be inaugurated May 12. After the initial funding by the Vatican, it was hoped the products produced would earn enough for both the workers’ salaries and future project costs.

PREVIOUS: Missionaries are the heroes of evangelization, pope says

NEXT: Copts, Catholics called to give common witness of holiness, pope says