Vine and branches: Chaplains work to uproot radicalization in prisons 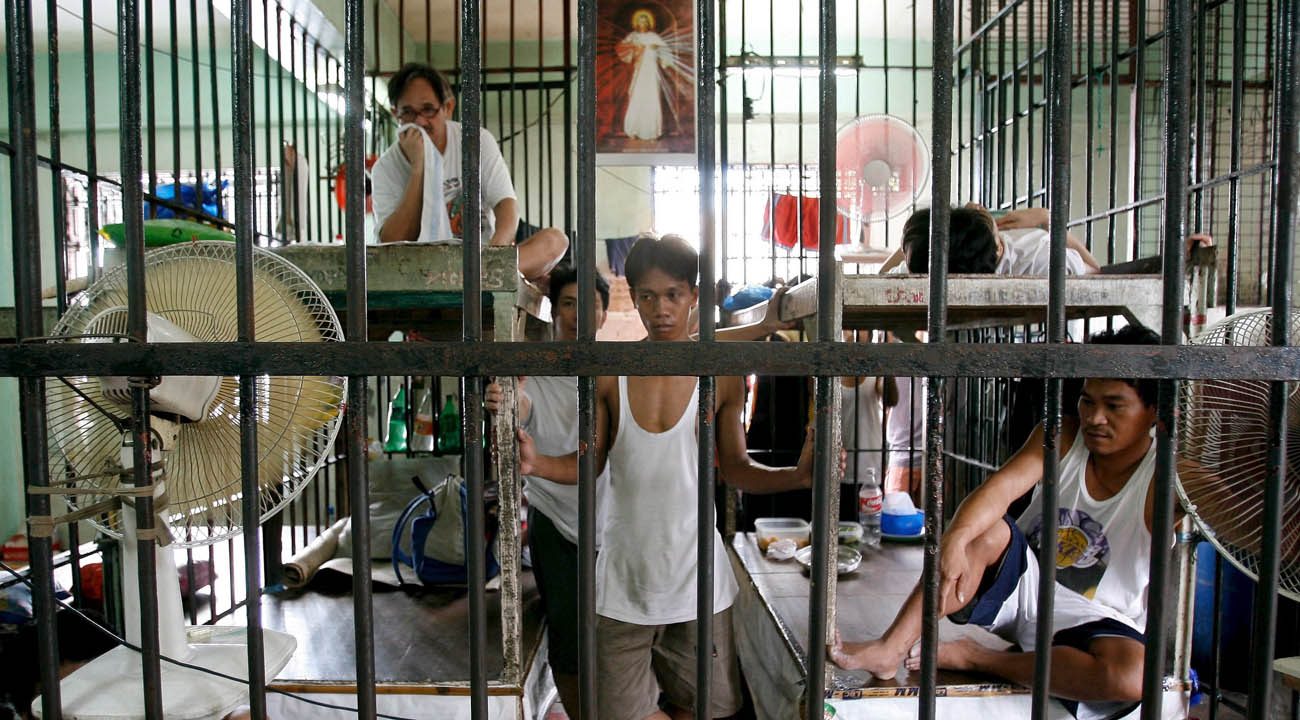 VATICAN CITY (CNS) — With visits to detention facilities and washing the feet of the detainees, Pope Francis has placed renewed emphasis on the work of mercy of visiting prisoners.

However, some see a growing urgency for the church to be present in cell blocks not just as part of its mission to help the most disenfranchised, but because radical ideologies have been filling the spiritual void wherever it is found — especially in prisons.

Governments and international entities are paying more attention to the problem of radicalization taking root and spreading in prisons, said Msgr. Paolo Rudelli, the Vatican’s permanent observer at the Council of Europe.

At an upcoming meeting, the church hopes to show how and why all religions must work together to protect a prisoner’s right to religious freedom and counter extremism, he told Catholic News Service in an email response to questions May 17.

The May 30-June 1 gathering in Strasbourg, France, is sponsored by Msgr. Rudelli’s office, the International Catholic Commission on Prison Pastoral Care (ICCPPC) and the Council of European Bishops’ Conferences as a platform for dialogue with governmental agencies through the Council of Europe, the monsignor said.

“We want to highlight the specific contribution” of the church in offering spiritual care, he said, as well as “underline the importance of the daily collaboration between chaplains of different faiths” by inviting Muslim, Russian Orthodox and Catholic prison chaplains.

Father Brian Gowans, president of the ICCPPC, said people can use any religion, not just Islam, as “a weapon, a tool of war.”

The meeting is meant to show that “religion is not the problem, quite the contrary, it’s the solution” to radicalization and extremism, he told CNS by phone from Scotland.

The priest, who will speak at the Strasbourg gathering, said leaders will look at “how we can best utilize our faith as a force for good” and to de-radicalize extremists or “help someone on the cusp of radicalization.”

One aim in chaplaincy work is to get prisoners “to believe in themselves” and recognize the talents and skills they have and channel them for the good, said the priest, who has ministered to prisoners for 22 years, and serves as the chaplains’ adviser to the Scottish prison service.

“At the heart of this is that people are looking for something in life,” he said, “a reason to get up in the morning.” However, an unguided search for new meaning can make them “easily manipulated” by people peddling extremist ideologies, he said.

Father Gowans said many prisoners have been ignored by faith communities, and so “they found someone who wanted them” and gave them a sense of purpose in an extremist cause.

Religious leaders from all faiths have to get inside prisons and make sure inmates can hear what their faith really says because “killing others in the name of God? No God wants that,” he said.

Larger society also needs to focus on the addictions or social or mental problems that lead many people to end up in jail, he said.

Many prisoners are suffering from feelings of loss, he said. “I tell them, ‘You’ve come in here with a lot of baggage. Let’s see if we can lighten your load.'”

“Most don’t need to be in prison at all. We’ve just gotten good at locking up people we’re mad at,” Father Gowans said.

Part of what he does, he said, is “raise their self-esteem, their hope.”

In this regard, the church is “a huge resource, but it means you have to engage. There are thousands of prisoners and few staff” able to offer such needed face-to-face guidance, he said.

Father Gowans said he’d like to see all prison staff take an “asset-based approach” to prisoners that doesn’t label them according to their crime but encourages them to identify their skills and dreams.

Many people, including prisoners, don’t believe inmates have any gifts and redeeming qualities, he said. “We as chaplains need to help people believe that, help show them: ‘Hey, I am good at this. This is me.'”

Father Gowans said he talks to every prisoner he meets without regard to the person’s faith or lack of religious affiliation.

He stops to talk with people because “that friendly chitchat leads to other things,” he said. But it is imperative chaplains not “water down” their religion just for the sake of being friendly and approachable.

“More and more people want more spirituality in their life” and prison offers time for deeper reflection, reading and prayer, he said.

“All of us are reflective, all of us have a spiritual element in our life that has to be tapped into” and if chaplains don’t do it when they are there, then prisoners may think, “If they’re not doing it who is?” leaving the door open to more aggressive or manipulative pseudo-spiritual sources.

Father Gowans said he asks prisoners tell him their story, “which is met with suspicion because no one ever asked them that question.” They often say he is the first person in their life to show any interest at all and “that’s the key to opening many doors.”

Recruiters of radical movements play on people’s weaknesses or anger against a world that “singles them out” or scapegoats them, he said.

The most common remark he gets from prisoners, he said, is “You’re all I have. I wish I had someone like you in my life” outside the cell walls.

“They need a mentor, a companion and the church is a great source here.”

As a Catholic chaplain, he tells people Christ is that companion. The imams will say accompaniment comes from the prophet Muhammad. But in every case, Father Gowans said, “we need to be Christ with each other” offering accompaniment as Muslims, Jews and Christians.

“It takes more than me. But I like to think there are lots of ‘me’s’ out there.”

PREVIOUS: Pew survey of Mideast Muslims: Religion less central to those in Israel