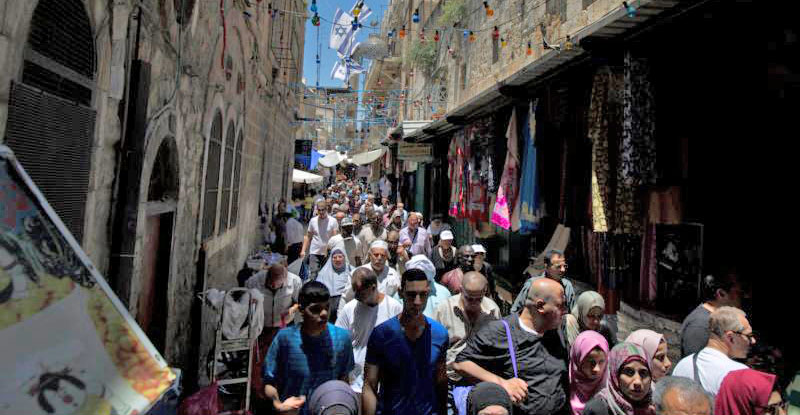 VATICAN CITY (CNS) — God asks Christians and Muslims to be forgiving, merciful and compassionate toward others, especially those in need, said Cardinal Jean-Louis Tauran.

“We are saddened to see so many victims of conflicts and violence,” in particular the elderly, children and women, as well as people who suffer from human trafficking, poverty, illness, natural disasters and unemployment, said the cardinal, president of the Pontifical Council for Interreligious Dialogue.

“We cannot close our eyes to these realities, or turn away from these sufferings,” making it vital that “all work together in assisting those in need,” he said.

Cardinal Tauran’s annual message to Muslims for Eid al-Fitr, the feast marking the end of the monthlong Ramadan fast, was published by the Vatican June 17. Ramadan will end on or around July 5 this year.

The message was titled, “Christians and Muslims: Beneficiaries and Instruments of Divine Mercy,” and it focused on the common belief in a merciful God.

“We, Christians and Muslims, are called to do our best to imitate God,” the message said.

God, who is merciful, “asks us to be merciful and compassionate toward others, especially those who are in any kind of need. So, too, he calls us to be forgiving of one another.”

The cardinal said it was “a source of great hope when we experience or hear of Muslims and Christians joining hands to help the needy.”

Not only are people heeding God’s command, he said, they are showing God’s mercy and “thus offering a more credible witness, individually and communally, to our beliefs.”

May God “help us to walk always along the path of goodness and compassion,” he said.

NEXT: Pope offers prayers as pan-Orthodox council opens on Crete