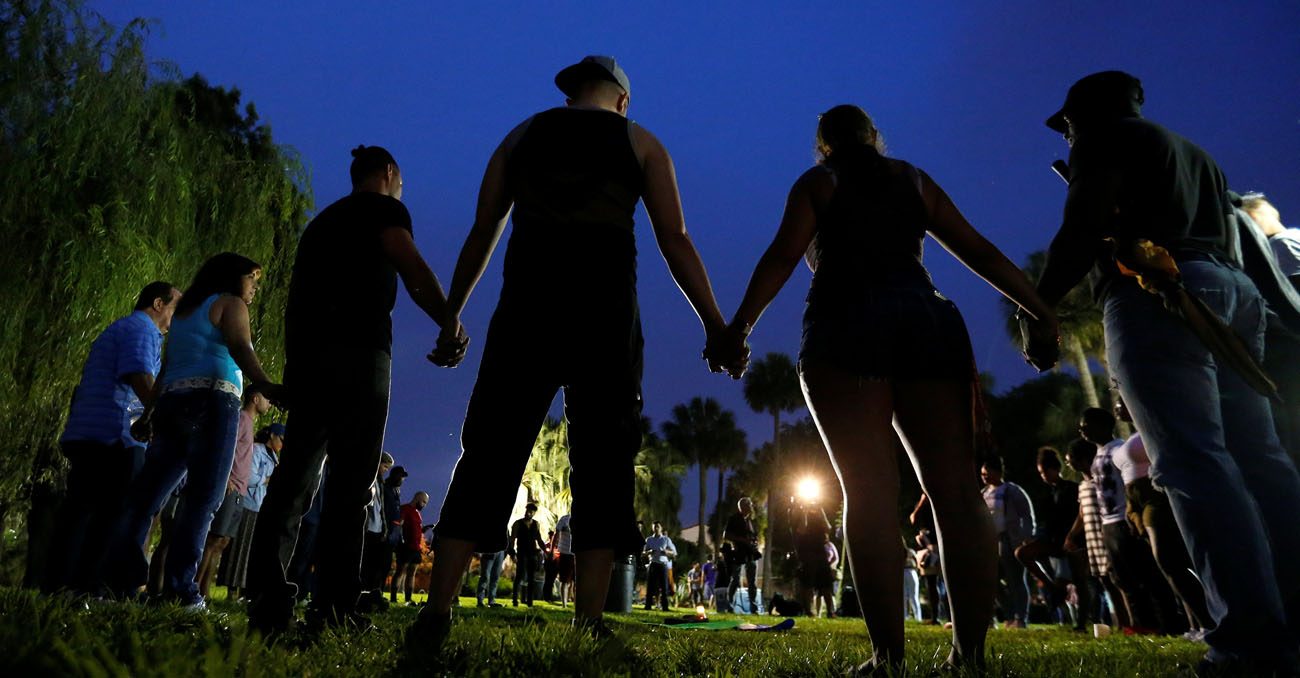 People hold hands in a circle during a June 12 vigil in an Orlando, Fla., park following a mass shooting at the Pulse gay nightclub in that city earlier that morning. (CNS photo/Carlo Allegri, Reuters)

VATICAN CITY (CNS) — Pope Francis offered prayers for the families of the victims of the mass shooting in Orlando, Florida, and expressed hope that people would find ways to identify and uproot “the causes of such terrible and absurd violence.”

A lone gunman, pledging allegiance to the Islamic State terrorist group, killed 49 people early June 12 at Pulse, a gay nightclub in Orlando. Another 53 people were injured before the gunman, identified as 29-year-old Omar Mir Seddique Mateen, was killed by members of a police SWAT team.

Police said Mateen, a private security guard, legally purchased the two guns he used in the shooting, which is the deadliest mass shooting in U.S. history.

A Vatican statement also released June 12 described the shooting as an expression of “homicidal folly and senseless hatred.”

“The terrible massacre that has taken place in Orlando, with its dreadfully high number of innocent victims, has caused in Pope Francis, and in all of us, the deepest feelings of horror and condemnation, of pain and turmoil.”

“Pope Francis joins the families of the victims and all of the injured in prayer and in compassion. Sharing in their indescribable suffering he entrusts them to the Lord so they may find comfort.

“We all hope that ways may be found, as soon as possible, to effectively identify and contrast the causes of such terrible and absurd violence which so deeply upsets the desire for peace of the American people and of the whole of humanity,” the statement concluded.

PREVIOUS: Pope: Euthanasia is triumph of selfishness, not act of compassion