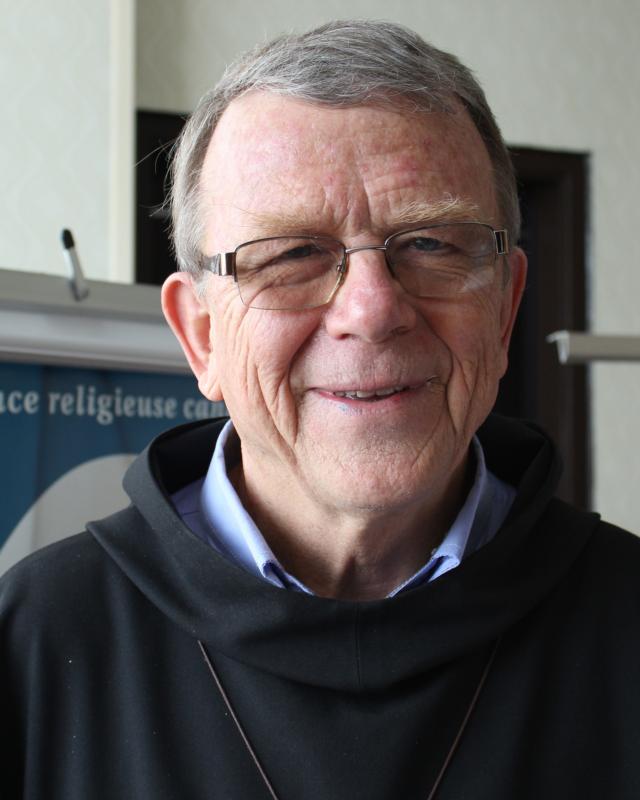 MONTREAL (CNS) — In the past few years, Benedictine Father Simon-Pierre Arnold has warned aging and declining religious congregations that it would be a mistake to try to “mend an old fabric with new cloth” or “pour new wine into old wineskins.” He reiterated this message in a speech to heads of Canadian religious communities.

Religious must “urgently think of new ways to be present in the world,” the Belgian-born monk told the general assembly of the Canadian Religious Conference, which gathered 25 men and 252 women religious leaders in Montreal May 26-29.

Calling himself “a little monk-theologian who has lived in Peru for more than 40 years,” Father Arnold said he wanted to share his “intuitions, worries and utopias” about the future of consecrated life.

“We must return to the Gospel; we must return to our minority, marginal … and prophetic origins,” he said. Such a mindset will force the men and women religious to “criticize, as does the pope, our own clerical excesses. We’ve become so obsessed by the perpetuation of the church structures and institutions that we’ve stopped being attentive to the people cast in the margins.”

He reminded participants that religious orders “were born on the margins of the world, in the desert. … Jesus and the world still await us there.”

Canada still has about 14,000 men and women religious; 69 percent of them live in the province of Quebec. However, these religious institutes are facing a hasty decline of their membership, an “irreversible process,” Father Arnold said. There are many ways to face this challenge, he added.

“Despite the alarming figures about the aging of your congregations and the lack of Canadian novices, at least in the older religious orders, you’ve chosen to die prophetically and to become the ‘minority-that-leavens-the-dough’ in your own local church and society,” said Father Arnold.

He said he believed Canadian men and women religious must “explore bold new ways to remain present in the world and to be able to transform their own social and ecclesial fabric.” Father Arnold said many Canadian congregations already walk along this path when they “criticize the Canadian mining companies active in the Southern Hemisphere that generally disrespect the environment, as well as the culture of the local peoples.”

The Benedictine also lauded the Canadian women religious who “gave birth to a new and engaging theology, hand in hand with their sisters in the United States — a theology that’s not properly understood by some people in the upper ladders of church hierarchy.” He did not elaborate, but participants applauded the remark.

During their general assembly, the members of the Canadian Religious Conference elected Sister Michelle Payette, provincial superior of the Missionary Sisters of the Immaculate Conception, as their new president. Payette has done missionary work in Guatemala, Peru and Hong Kong. She said she believes that her experience in the Southern Hemisphere gives a “far-reaching perspective on the level of engagement of the religious congregations in the world.”

She also said she was particularly interested in the ongoing reflection about the future of the religious institutes.

Gloutnay is on the staff of Presence info in Montreal.

PREVIOUS: God has a weakness for humble hearts, pope says at audience