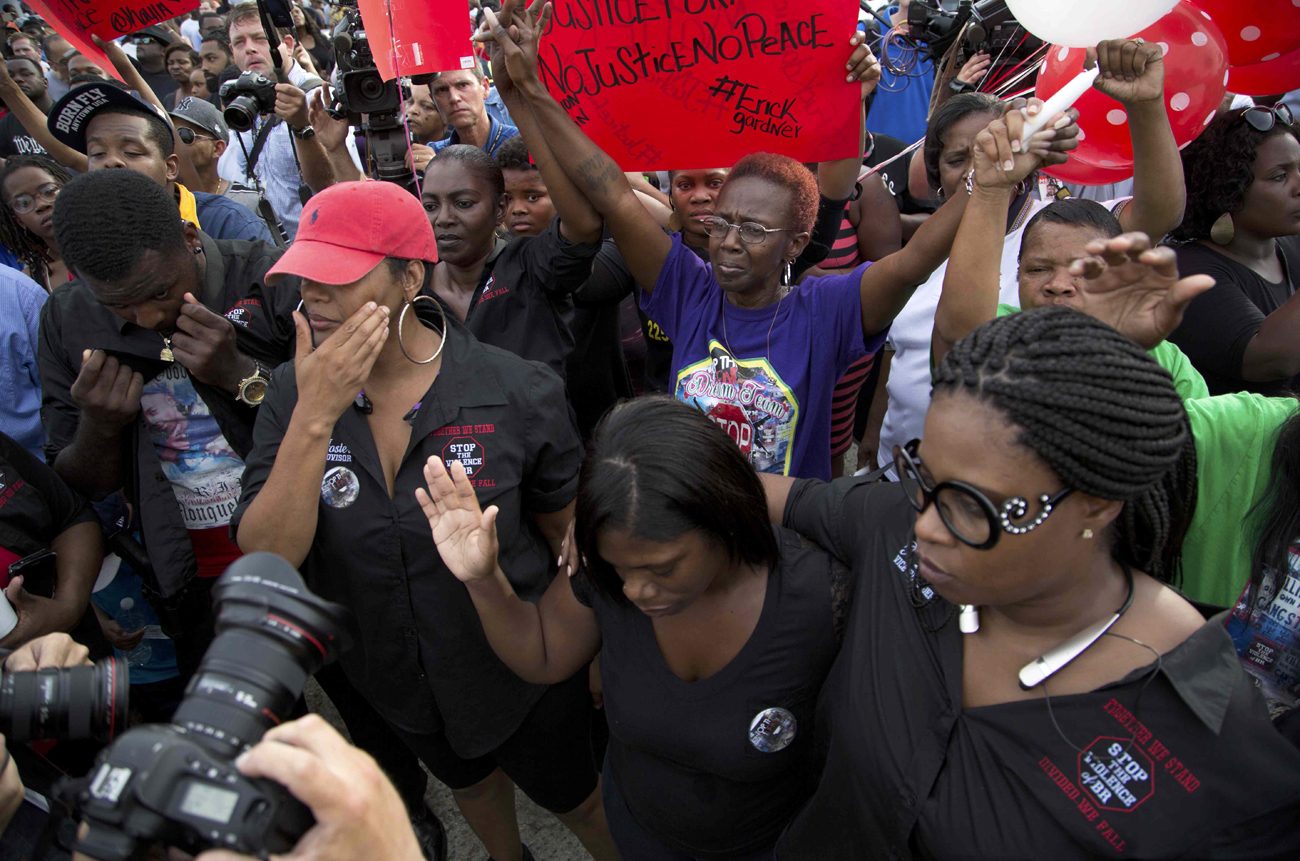 Residents attend a July 7 vigil in memory of Alton Sterling, who was shot dead by police outside a market in Baton Rouge, La. Sterling, 37, was killed early July 5 in a shooting that was captured on cellphone video. (CNS photo/Jeffrey Dubinsky, Reuters) 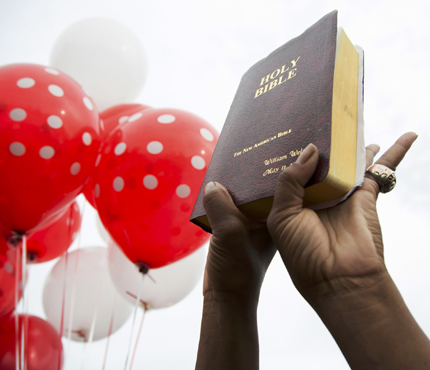 A resident holds up a Bible during a July 7 vigil in memory of Alton Sterling, who was shot dead by police outside a market in Baton Rouge, La. (CNS photo/Jeffrey Dubinsky, Reuters)

BATON ROUGE, La. (CNS) — Bishop Robert W. Muench of Baton Rouge is urging the local community to be “ministers of healing to a hurting world” while protests are taking place about the police shooting of a black man outside a convenience store in Baton Rouge July 5.

“This week in our community, as in our nation, and as in our world, we find ourselves facing the many emotions that accompany acts of violence. We experience sadness, anger, frustration, and fear,” the bishop said in a July 7 statement.

The statement was issued two days after 37-year-old Alton Sterling was shot and killed as two white police officers wrestled him to the ground, an action posted online by a cellphone video of the shooting.

The bishop urged members of the community not to let anger move them “to inflict pain on others” but instead to be “ambassadors of hope and mercy.”

“May fear not lead us into despair,” he said, urging the community to be moved by “the grace of Christ’s suffering for us” and in turn “impart that grace to one another.”

“I have very serious concerns. The video is disturbing, to say the least,” the governor said at a news conference.

According to news reports, Sterling was confronted by police after an anonymous caller reported being threatened by someone with a gun outside the Baton Rouge convenience store.

In the video footage, someone yells, “He’s got a gun! Gun!” and an officer pulled a gun from his holster. After some shouting, what sounds like a gunshot can be heard.

A statement from the Louisiana Interchurch Conference, which includes Christian churches from around the state, said “local religious leaders and civic authorities have called for calm as the investigation unfolds.”

The statement also said the group joins in prayer for Sterling’s family, the Baton Rouge neighborhoods and “authorities as they attempt to provide answers to the questions that this death raises.”

“We pray that as our communities, state and nation continue to grapple with violence and tragic deaths, we may address the scourge of racism that continues to surface in so many of these events,” it continued.

The group, which includes members from the Archdiocese of New Orleans and Baton Rouge and Houma-Thibodaux dioceses, said: “We call for calm as citizens assemble in response to this event, and ask for prayers for those who grieve.”

NEXT: ‘Together 2016’ aims to draw 1 million people of faith to National Mall