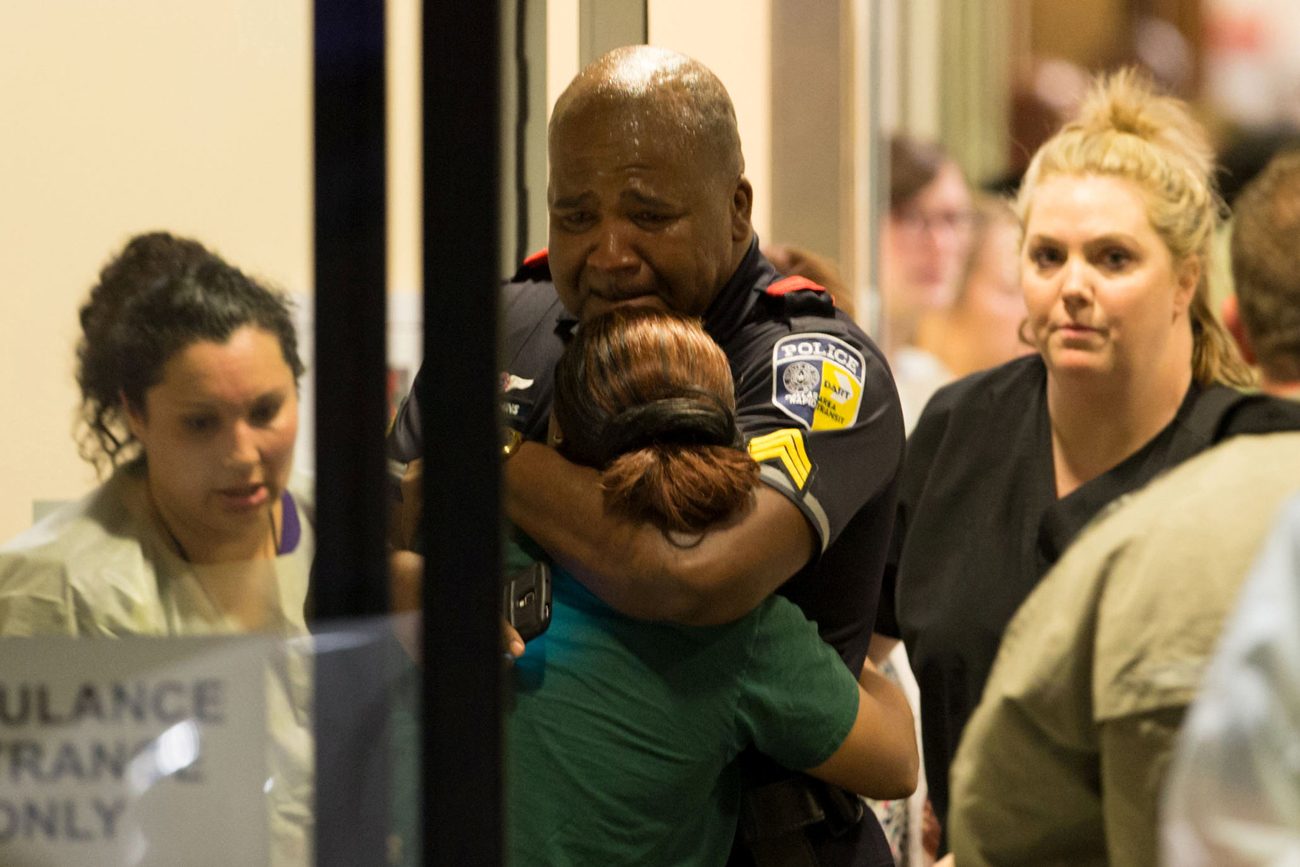 DALLAS (CNS) — Five Dallas law enforcement officers were assassinated July 7 as at least one sniper opened fire in downtown Dallas as hundreds of demonstrators were winding down a march protesting recent fatal officer-involved shootings in other parts of the country.

The suspected sniper — who had held dozens of SWAT officers at bay for several hours by saying that there were bombs planted around the area, that “the end was coming” and that he would take down more officers — was killed overnight when police sent a robot toward him and detonated an explosive device attached to the robot.

Neither the dead suspect, nor three others arrested shortly after the shootings, would be identified because police said they were continuing their investigation.

The five officers — four from the Dallas Police Department and one from the Dallas Area Rapid Transit — were shot around 9 p.m. local time by snipers who targeted law enforcement officials from a parking garage. The five dead were among 12 officers and two civilians wounded.

The attack was the worst loss of U.S. law enforcement since 9/11.

“We are hurting,” Dallas Police Chief David Brown said. “Our profession is hurting. Dallas officers are hurting. We are heartbroken. There are no words to describe the atrocity that occurred to our city. All I know is that this must stop — this divisiveness between our police and our citizens.”

He did not identify the Dallas police officers killed or wounded, although he did say that some of the injured officers had been released from the hospital and some would need follow-up care. DART officials identified their officer as Brent Thompson, 43, who had been on the force since 2009, and said that he had gotten married only two weeks ago.

Dallas Bishop Kevin J. Farrell, who has blogged in the past several months about the escalating gun violence across the country and world, reiterated his call for prayer and peace after the Dallas attack.

“Our first concern is for the families who have lost loved ones in this tragic attack,” he said. “We pray for consolation and healing for both the families and those killed and wounded. We are reminded of the ever-present danger to those who are dedicated to protecting us.

“We have been swept up in the escalating cycle of violence that has now touched us intimately as it has others throughout our country and the world,” he said. “All lives matter: black, white, Muslim, Christian, Hindu. We are all children of God, and all human life is precious.

“We cannot lose respect for each other and we call upon all of our civic leaders to speak to one another and work together to come to a sensible resolution to this escalating violence,” he said. “Let us implore God our heavenly father to touch the minds and hearts of all people to work together for peace and understanding.”

The bishop was scheduled to offer a special prayer at an ecumenical gathering at midday July 8 at Thanksgiving Square in downtown Dallas and was scheduled to celebrate a Mass for healing at the Cathedral Shrine of the Virgin of Guadalupe on July 9.

The march on June 7 was organized to show support for families of two men killed earlier in the week in officer-related shootings in Baton Rouge, Louisiana, and in a suburb of Minneapolis-St. Paul.

In Baton Rouge, Alton Sterling, 37, was killed July 5 by police during an altercation outside a convenience store after witnesses said that he had a gun. In Minneapolis, Philando Castile was fatally shot after a traffic stop on July 6.

More than 1,000 people walked through the western part of the downtown Dallas area for a march and rally and as the event was winding down, gunfire erupted shortly before 9 p.m.

Social media posts and live televised images showed the sniper opening fire on police, who returned fire, and of police running toward the sounds of gunfire and of people running from the gunfire. Police kept pushing people away from the area after the suspect was cornered in the second-floor garage of El Centro, a community college housed in a multistory downtown building.

As information rolled in throughout the evening, the number of officers wounded and dead climbed and Chief Brown alluded during an overnight news conference that negotiations with the holed-up suspect were not going well and that officers would do everything necessary to keep Dallas citizens safe.

“He said that we will eventually find the IEDs,” the chief said. “The suspect stated that he was not affiliated with any groups and that he did this alone.”

Brown said that the investigation and search for any others suspects would continue. A six-block by three-block section in the western end of downtown Dallas, coincidentally near Dealey Plaza where President John F. Kennedy was assassinated Nov. 22, 1963, was closed July 7 as police continued their investigation.

The attack on the police was second in as many years. In June 2015, James Boulware shot up police headquarters from an armored van, then led police on a high-speed chase before being killed by police after a stand-off.

Mayor Mike Rawlings, who appeared with the police chief during the various news conferences, said that police need support now more than ever.

The police chief said that he was proud of the officers who continually give of themselves to protect people every day.

“We believe in the right to protest peacefully and these were peaceful protests until this happened,” Chief Brown said. “We also believe in keeping our officers safe.

“We are not going to let a coward who would ambush police officers change our democracy, our city. Our country is better than that.”

Sedeno is executive editor of The Texas Catholic and Revista Catolica, the English- and Spanish-language newspapers of the Dallas Diocese. 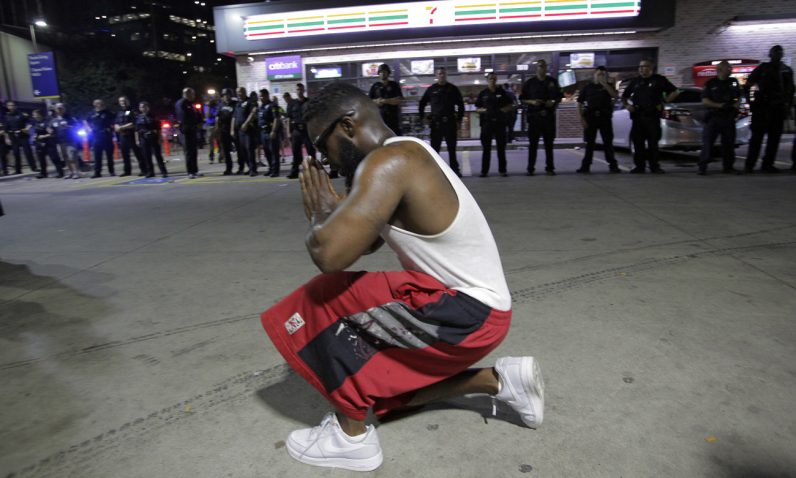 NEXT: Bishops urge passage of conscience protection bill regarding abortion