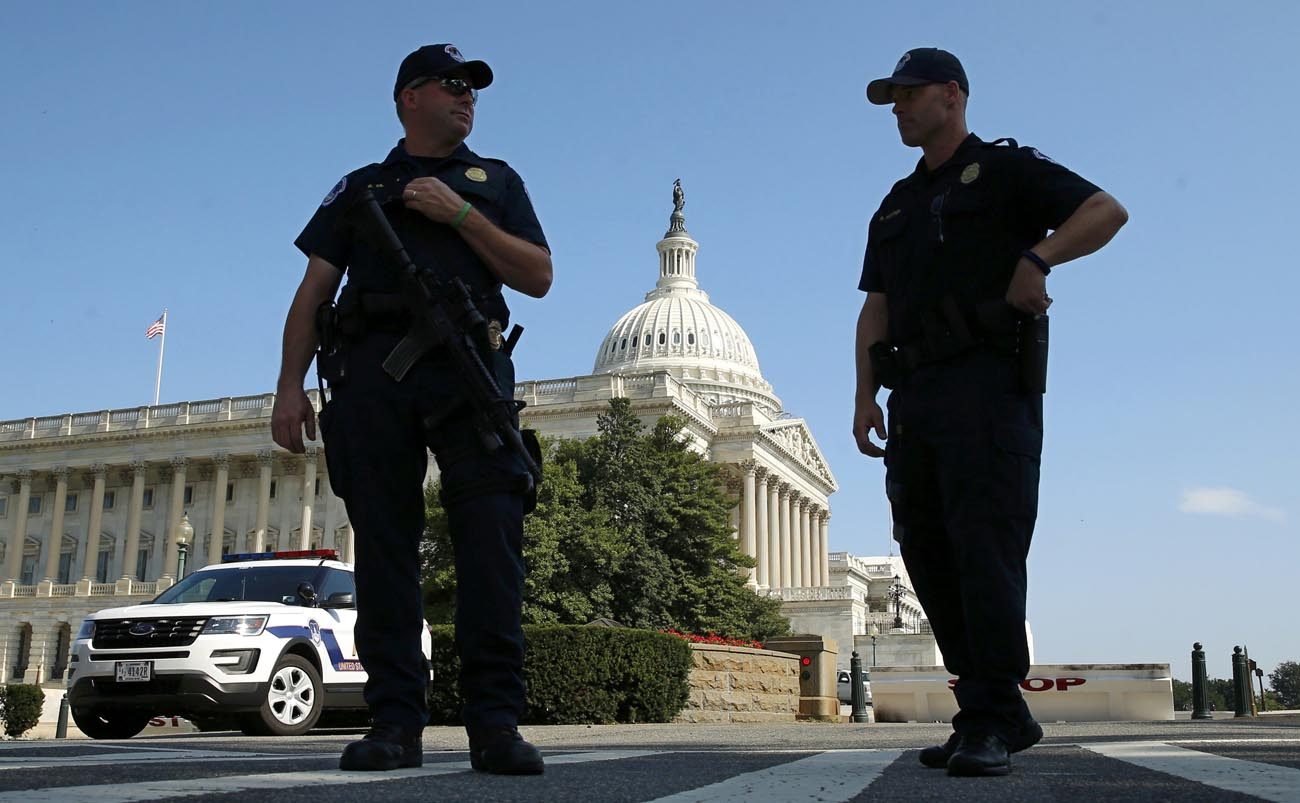 U.S. Capitol Police officers stand outside the Capitol July 8 in Washington. In a bipartisan 245-182 vote, House members July 13 passed the Conscience Protection Act, which would provide legal protection to doctors, nurses, hospitals and all health care providers who choose not to provide abortions as part of their health care practice. (CNS photo/Kevin Lamarque, Reuters)

WASHINGTON (CNS) — In a bipartisan 245-182 vote, House members July 13 passed the Conscience Protection Act, which would provide legal protection to doctors, nurses, hospitals and all health care providers who choose not to provide abortions as part of their health care practice.

“We’re grateful to House Speaker Paul Ryan for bringing the Conscience Protection Act to a vote, to all the co-sponsors for their leadership, and to those members of both parties who support the civil right of conscience,” said Cardinal Timothy M. Dolan of New York and Archbishop William E. Lori of Baltimore in a statement.

The cardinal is chairman of the U.S. bishops’ Committee on Pro-Life Activities and the archbishop heads their Ad Hoc Committee for Religious Liberty.

“Even those who disagree on the life issue should be able to respect the conscience rights of those who wish not to be involved in supporting abortion,” they said.

The measure, also known as H.R. 4828, also provides “much-needed protection for religious employers,” they said. “In light of disturbing recent developments, even churches and religious organizations are being required to cover abortions in violation of their beliefs.”

The U.S. Conference of Catholic Bishops and other supporters of the Conscience Protection Act say it close several loopholes in current law that they say are allowing states to mandate abortions be performed or covered by Catholic and other faith-based hospitals and health care providers.

In 2014, California began demanding that all health plans under its Department of Managed Health Care cover elective abortions. The state allows no exemption of any kind. In a ruling issued June 21 of this year, the U.S. Department of Health and Human Services said the state can “continue forcing all health plans under its jurisdiction to cover elective abortions, including late-term abortions.”

Like California, New York state is mandating that all health insurers operating in New York require small-group employers — including faith-based nonprofits and Christian businesses — to cover all abortions with no exemption.

In addition, a trial court in Washington state issued a ruling June 21 that public hospitals in that state must perform abortions if they also offer maternity services. Washington’s attorney general says the requirement applies even if a public hospital is acquired by a Catholic health care provider.

The Conscience Protection Act would “ensure that those providing much-needed health care and health coverage can continue to do so without being forced by government to help destroy innocent unborn children,” Cardinal Dolan and Archbishop Lori said in a July 7 statement.

In a March letter to Congress, they said the measure “takes the core policy” of the federal Weldon Amendment of 2005 “and writes it into permanent law” to protect “those who decline to perform, pay for, refer for or provide coverage for abortion.”

NEXT: University of Notre Dame to start center at Catholic church in Dublin