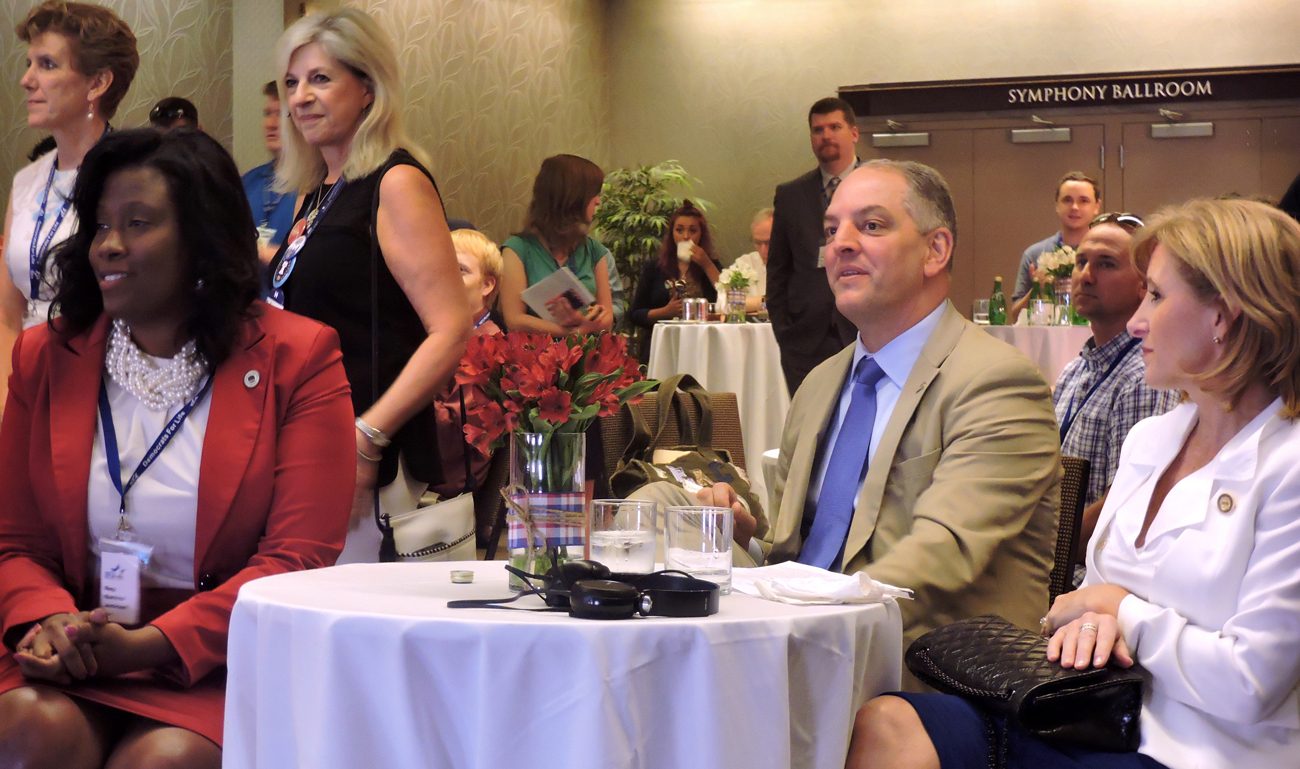 Democratic Gov. John Bel Edwards of Louisiana (seated, center) attends a July 27 event sponsored by the Democrats for Life of America in Philadelphia. The group honored the Catholic governor with its Governor Casey Whole Life Leadership Award for his commitment to protecting the lives of the unborn. (CNS photo/Elizabeth Evans)

When Democrats for Life of America chose to present its first ever Governor Casey Whole Life Leadership Award to Louisiana Governor John Bel Edwards during a July 27 ceremony in Philadelphia, coinciding with the Democratic National Convention, there was a certain historical parallel.

Just 24 years ago during the Democratic National Convention in New York, the late Pennsylvania Governor Robert P. Casey, who was leading his state’s delegation, was denied permission to speak at the convention because of his opposition to the abortion plank in the party’s platform.

Also during that convention mock campaign buttons depicting Casey dressed as the pope were circulated and sold by a pro-choice delegate.

Although Gov. Edwards, who assumed office in January, has not been so treated, he does not deny he is strongly pro-life. 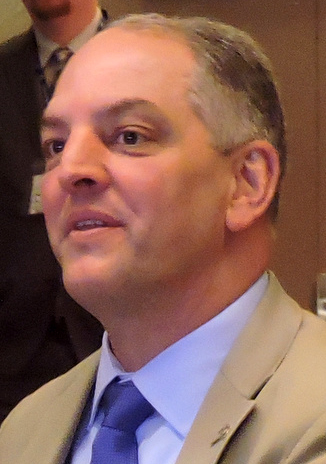 “I am a proud Democrat and I am also very proudly pro-life,” he told the Democrats for Life gathering at Philadelphia’s Doubletree Hotel. “I know that is a challenge and a bigger challenge than it should be. It is our task to prove our party is the Big Tent party if we have only a small presence. We have to make our voices heard and this is an opportunity to do that.”

His credits as a Democrat run deep. A West Point graduate with eight years’ service in the Army, he was a trial lawyer before serving eight years in the Louisiana State Legislature.

“I voted for Barack Obama twice,” he said. “My wife is a dues paying member of the American Federation of Teachers. I ran on Medicaid extension and increasing the minimum wage. I want women to have equal pay with men and I said our incarceration rate is too high.

“But I never stopped saying I am pro-life. It’s not because of anything the ticket wanted, it’s because that’s how my Momma and Daddy raised me.”

But for Edwards the term “pro-life” carries obligations beyond abortion.

“You can’t simply say you are pro-life, you have to demonstrate it. In eight years in the legislature I never missed a vote. When these issues come up, people start to walk out of the back of the chamber, they don’t want to have to cast a vote.”

As to whether he is a conservative Democrat or a liberal Democrat, he leaves that to the voters to decide.

“On the pro-life issue my Catholic-Christian faith informs me and helps my view,” he said. “It helps me to be pro-life and also tells me Medicare expansion was the right thing to do.”

That faith was put to the test early in the marriage of Edwards and his wife, Donna. They were living in Hawaii where he was stationed by the Army when Donna became pregnant with the first of their three children, Samantha. 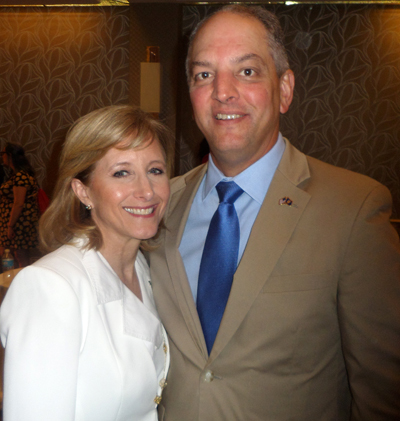 The doctors informed the couple their baby would have spina bifida and strongly advised an abortion, to the point of taking Donna to see a clinic that treated spina bifida children, some seriously impaired and others less so. At the time there was no way to determine what effects it would have on a particular child.

With prayer John and Donna Edwards refused to have their baby aborted.

“It was our belief that God has a purpose in everything and we would have this child,” he said. “I credit Donna, she is a very courageous person. Our daughter is now 24 years old. She got married two months ago and she is in graduate school. She wants to be a counselor in the public schools of Louisiana. I cannot imagine what our life would be without her, and I tell this story with her permission.”

Advising the gathering of pro-life Democrats, Edwards said, “We have to be pro-life and have our life values too. I encourage you to keep doing what you are doing. It is important not just for our party but for our nation. I’m a proud Democrat but we are all Americans.”

NEXT: A living link to black Catholic history, parishioner leads the way into future