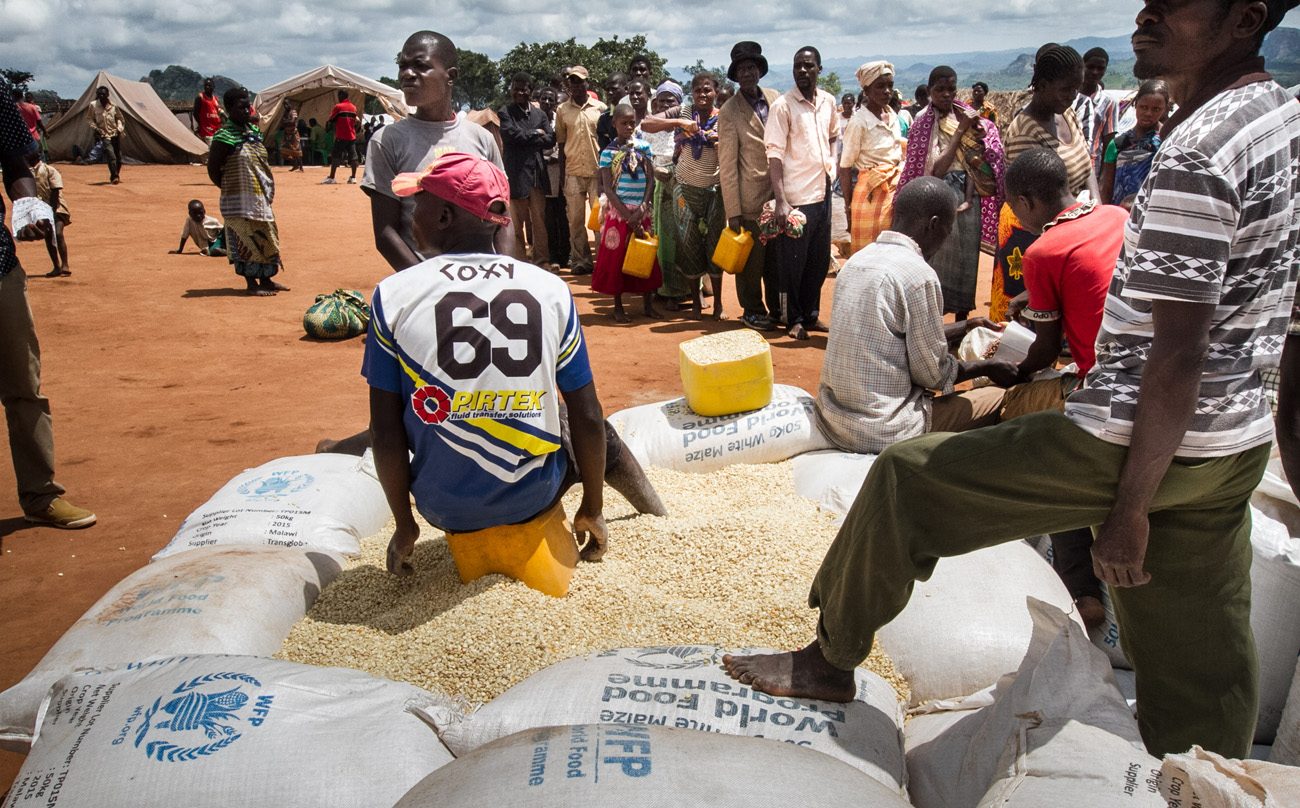 Refugees wait for food rations from the United Nations in early February at a camp in Mwanza, Malawi. In Malawi, where 40 percent of the population needs food aid, the country’s bishops have called for international help to avert a crisis. (CNS photo/Erico Waga, EPA)

LILONGWE, Malawi (CNS) — In Malawi, where 40 percent of the population needs food aid, the country’s bishops have called for international help to avert a crisis.

It is “disheartening and painful to think of our 6.5 million brothers and sisters” needing humanitarian assistance, the Episcopal Conference of Malawi said in a July 1 statement signed by its chairman, Bishop Thomas Msusa of Blantyre.

At least 6.5 million people will be food insecure in the coming year, according to a May government assessment. Malawi has a population of 16 million people.

“Our hospitals are already reporting higher rates of malnutrition cases,” the bishops said, noting that the situation is likely to worsen as the country approaches what in normal times is a lean period.

Malawi is considered the worst-affected country in the southern African region, which is suffering drought blamed on an unusually strong El Nino weather phenomenon. The country’s staple corn crop has been destroyed through flash floods and drought.

The bishops commended President Peter Mutharika for declaring a state of national disaster and said that the “gravity of the situation” requires long term as well as immediate solutions.

“We are informed that the country needs about $307.5 million to support the affected population,” the bishops said.

Noting that these funds would save lives, they urged national and international stakeholders and people of good will to “come forward in supporting our brothers and sisters in need of food aid.”

Food security policies and strategic plans “are nothing” without actions, the bishops said, noting that Malawi needs a “paradigm shift in the way we do things.”

The country needs “sustainable and innovative ways” of supporting farmers in the rural areas where most of the population live and where the prevalence of food insecurity is highest, they said.

With “agriculture as the country’s economic mainstay,” urgent improvements must be made to agricultural infrastructure, which is dilapidated, the bishops said.

“We call upon the government to be committed to food security in Malawi by enacting the Right to Food Bill,” they said.