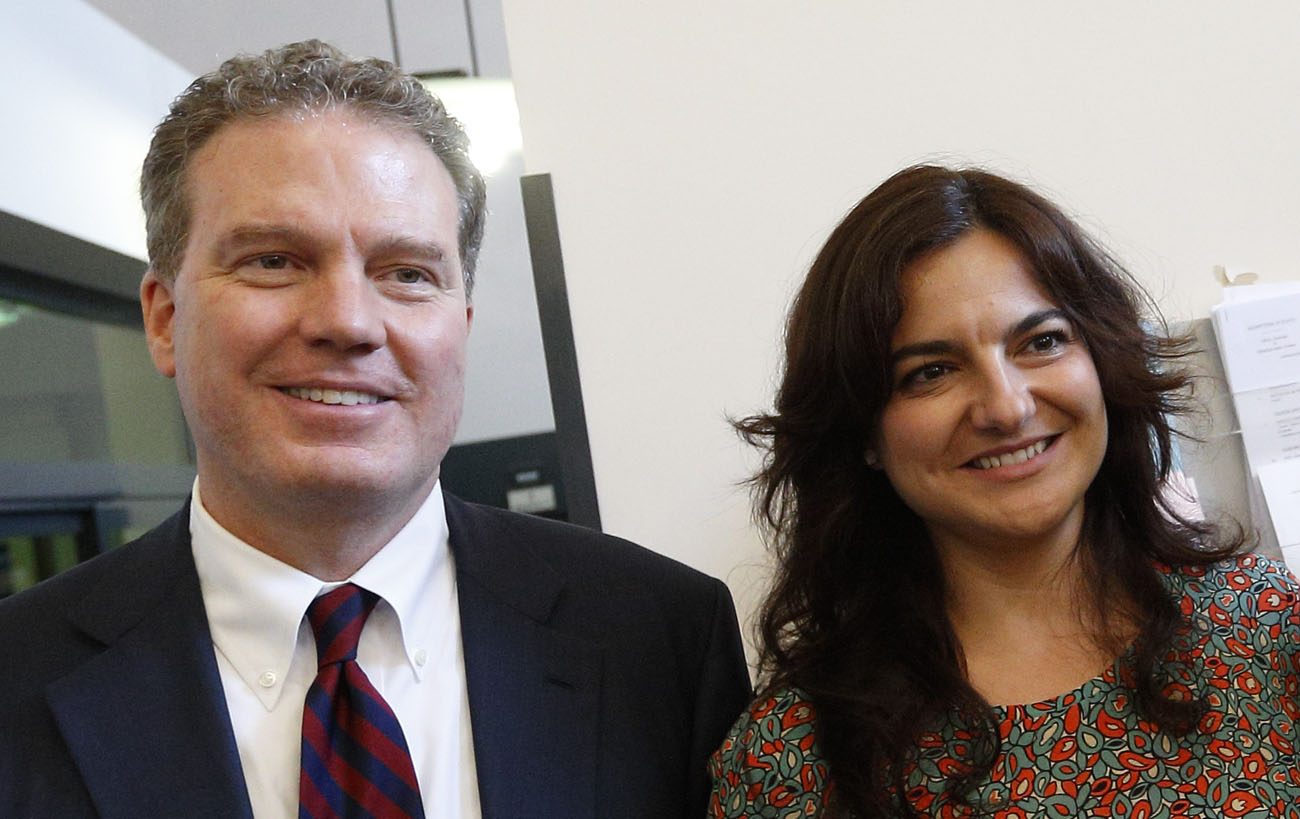 Burke served as special communications adviser in the Vatican’s Secretariat of State starting in 2012 before he was named by Pope Francis as the vice director of the press office last December.

A graduate of Columbia University’s school of journalism, Burke spent 24 of his past 28 years based in Rome as a journalist — with the National Catholic Register, Time magazine and the Fox News network.

The middle child of six, Burke grew up in St. Louis Hills and went to Jesuit-run St. Louis University High School. He is a numerary member of Opus Dei.

Msgr. Dario Vigano, prefect of the Vatican’s Secretariat of Communications, paid tribute to Father Lombardi’s 10 years of service at the press office.

Born in northern Italy near Turin in 1942, Father Lombardi was named program director of Vatican Radio in 1990 and general director of the Vatican television center, CTV, in 2001.

During the reorganization of Vatican offices under Pope Benedict XVI, Father Lombardi was appointed general director of the radio in 2005 and head of the Vatican press office in 2006, while continuing to lead CTV. Before his retirement in 2013, Pope Benedict named Msgr. Vigano the new director of CTV.

Father Lombardi retired as head of Vatican Radio in February this year when the Secretariat for Communications took over the general administration of the radio.

Garcia Ovejero, who studied journalism in Spain and earned a masters degree in management strategies and communications at New York University, worked as the Italy and Vatican correspondent for Spanish radio broadcaster Cadena COPE.

“For me it’s an honor, it’s a service and it’s another way of serving the church. But it is the same church and, in some way, the same type of work: to proclaim the Good News and to transmit faithfully and with dignity the pope’s message,” Garcia Ovejero told Catholic News Service.

The Spanish journalist downplayed her role as the first female vice director of the press office, saying that the first women who served the church “were the ones who found the empty tomb and proclaimed the Resurrection to the apostles.”

“I am in no way the first woman. The first woman above all in the church, in the Vatican and in the press office is the Virgin Mary,” she told CNS.

The Vatican announced that Garcia Ovejero, a native of Madrid, and Burke will begin their respective roles Aug. 1.

In Washington, Archbishop Joseph E. Kurtz, president of the U.S. Conference of Catholic Bishops, congratulated all three and thanked Father Lombardi for helping to “spread the Gospel throughout the world across two pontificates.”

“I was especially grateful to have learned not only from his media expertise but also his deep love for the church during the six days we spent together as Pope Francis visited the United States,” the archbishop said.

He said Burke was “long known to us in the United States as a devoted man of the church and an unparalleled communicator.”

NEXT: Vatican releases schedule for papal trip to Azerbaijan, Georgia