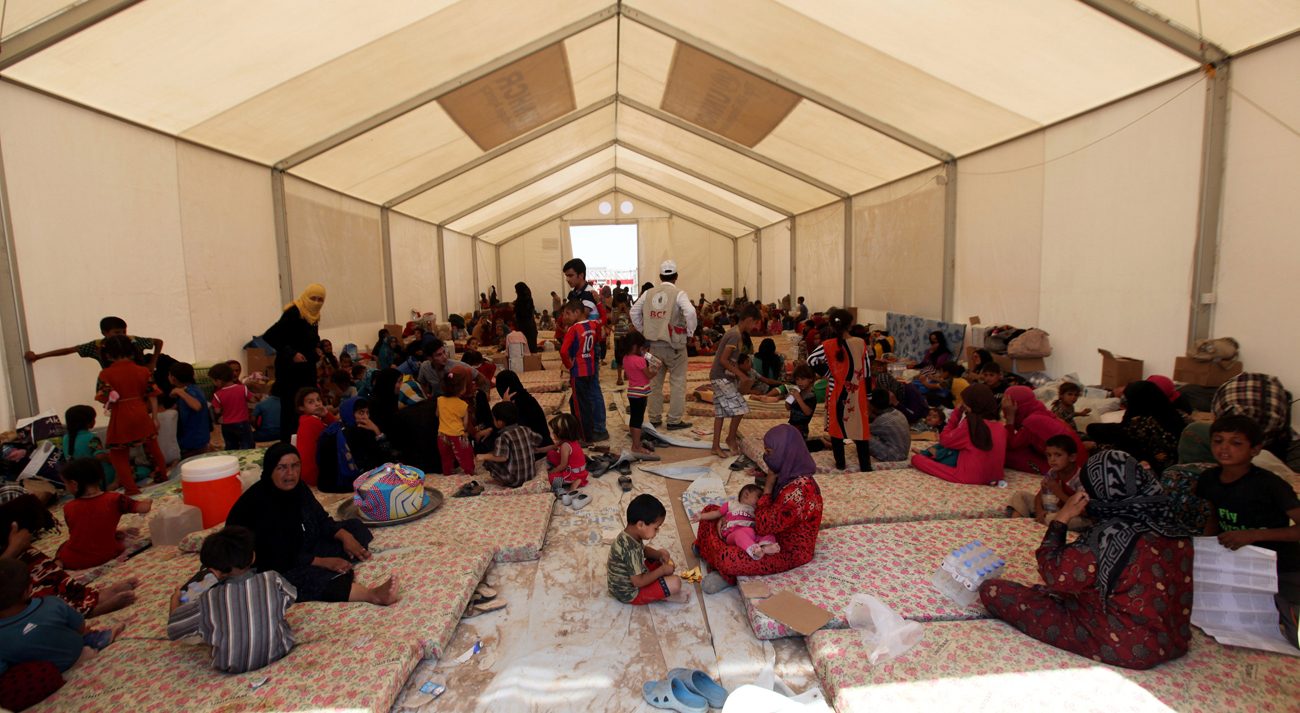 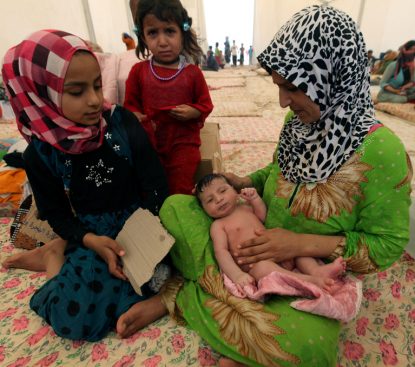 WASHINGTON (CNS) — Security tops the list of what Christians of Iraq and Syria want before they’ll consider returning to areas they fled when the Islamic State and other extremist groups took over.

They also want help with displacement difficulties, justice for past offenses, self-governance, ethnic militias, and the right to ultimately choose to move permanently to Europe, the United States or beyond, said representatives of Christians and other minority ethnic groups.

The minority representatives spoke at an all-day conference at Jesuit-run Georgetown University June 28. The following day, the same group met at the U.S. State Department with representatives of more than 20 countries involved in supporting a post-Islamic State scenario in Iraq and Syria.

“The important thing … is the security and the confidence that a family, a father, a wife, a child a daughter … can be safe in their own home,” said Bishop Awa Royel of the Assyrian Church of the East.

Bishop Royel and other members of indigenous Iraqi Christian groups told Catholic News Service at the Georgetown conference that up to 70 percent of Iraq’s Christians had fled their native country since U.S.-led forces toppled dictator Saddam Hussein in 2003, and that, due to the Islamic State takeover of northern Iraq in 2014, close to 150,000 Christians from those areas had either escaped to nearby Kurdish-controlled areas or to neighboring nations.

“Security is important, long-term security, against ISIS and against any other group that could come up in the future,” Bishop Royel said, suggesting one way to achieve that was through international protection and a “constant line of dialogue” among northern Iraq’s various ethnic groups, to prevent the weakening of society, which the bishop said had facilitated the Islamic State takeover.

“When there are suspicions and when there are mistrusts, you have each religion going into their own little corner. Leaders of various religions present in Iraq … have to meet regularly, not to discuss theology, but just to share what the communities are going through,” he said.

Other Iraqi Christian participants at the conference concurred with Bishop Royel that their communities would be looking for increased security in the regions they had inhabited before fleeing Islamic State, which claims to have established a caliphate across parts of the Middle East and North Africa. Christians insisted this could only be achieved it they were given full administrative control of historically Christian cities and towns and if local Christian militias were reinforced in those areas.

Both “empowering (Christians) to take administrative control of their areas” and “training Christian youth to protect their areas” must be achieved for displaced Christians to feel safe enough to return home after Islamic State has been defeated, said Syriac Catholic Father Behnam Benoka of Iraq.

In March 2016, the U.S. House of Representatives and Secretary of State John Kerry announced that Islamic State was committing genocide against Christians, Yezidis, Shiite Muslims, and other religious and ethnic minority groups in Syria and Iraq.

“Unfortunately, months later, ISIS and other violent extremist groups continue to target and terrorize their victims through rape, enslavement and murder, while religious and cultural sites are systematically looted and destroyed,” read a statement by Georgetown University’s Religious Freedom Project, which hosted the conference, “Threats to Religious and Ethnic Minorities Under the Islamic State.”

Bishop Royel, Father Benoka and the other Christian representatives to the conference’s different panels told CNS that, in addition to their concerns regarding safety of the future, they were worried about the immediate welfare of tens of thousands of Christians now living in camps, containers, and in other desperate situations, in areas where they had fled inside Iraq and Syria, or in neighboring countries.

They called on Western governments to speed up the asylum process for minorities who wanted to leave until peace was restored, or for good.

“As a minority … you pay the biggest price,” said panelist Bassam Ishak, a member of Syria’s Christian minority who estimated that well over a million of his co-religionists had been displaced due to the violence of ongoing civil war, Islamic State, and other extremist groups back home.

“We need a political resolution … that takes into account the Syrian diversity and seeks to build a pluralistic Syria. Then (Christians) may have a future, and we may even have some … who return,” Ishak said.

Concerns of the conference’s Christian panelists’ mirrored for the most part those of the region’s various other minority groups.

Conference panelist Rajab Assi Kareem, speaking on behalf of Iraq’s tiny Kakai minority, said Islamic State had destroyed the group’s places of worship and that it was up to “the United Nations to ensure the peace” needed to prevent it or similar extremist groups from ever coming to power again.

Murad Ismael, one of the conference’s several panelists representing Iraq’s Yezidi minority, called on the international community to “put some parameters for the minorities to maintain their homeland and to ensure a future.”

Yezidis wanted international protection and restitution, especially in light of the recent raping, kidnapping and massacres the community had endured at the hands of Islamic State in Iraq, said Ismael.

“Otherwise,” he said, “the best thing will be to open doors … and to permit mass exodus.”

PREVIOUS: Slain French priest was attack on ‘all of us,’ English imam says