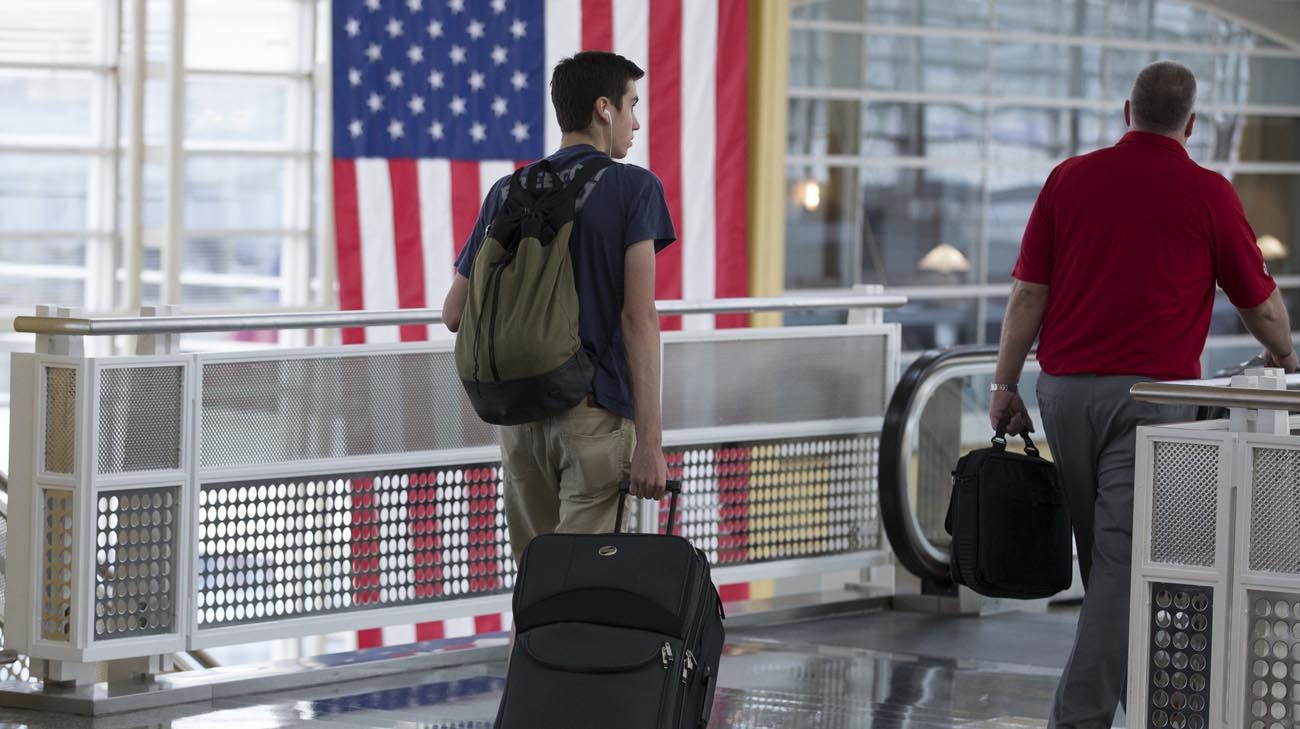 WEST PALM BEACH, Fla. (CNS) — Not since the aftermath of 9/11 has America’s national security and foreign policy seemed to resonate so heavily with the electorate during a U.S. presidential election, according to several political scientists.

Terror incidents in Europe, the Middle East and at home — paired with perceptions of an increasingly fragile world order exemplified by the United Kingdom’s Brexit decision this summer — have created a heightened sense of vulnerability for many voters.

How those threats and worries are interpreted and expressed by the electorate will differ widely by party affiliation and by the two major candidates themselves, experts note.

And while foreign policy typically pales in comparison to domestic policy issues such as economic growth, income equality, health care and taxes, national security concerns still resonate with a significant percentage of Americans.

“Voter satisfaction of the economy and a general sense of how things are going are usually the best indicators of which way an election will go, but since 9/11 foreign policy has intruded into the public consciousness and has not had greater salience perhaps since periods like the 1968 election at the height of the Vietnam War,” said Michael Desch, director of the Notre Dame International Security Center in the political science department at the University of Notre Dame.

If foreign policy and global terrorism are more salient than they have been in a long time, certainly greater than during the 2012 presidential election, it is in part because of the bipartisan uptick of interest that occurs after a spate of terror incidents, according to Desch.

The best example of the foreign policy factor in this year’s contest is the very fact of Donald Trump’s triumph over his Republican primary contenders, which in no small part was the result of his rethinking of American relationships and his position that the Iraq War a mistake — an opinion which a Chicago Council on Global Affairs foreign policy survey shows is now a bipartisan and majority view.

Desch told Catholic News Service that the electorate in general — as evidenced by supporters of both Trump and Sen. Bernie Sanders of Vermont, for example — is expressing a desire to challenge the “neoliberal, global-engagement and free-trade economic consensus which has been a unifying foreign and economic policy since the 1990s under then-President Bill Clinton.”

The recent repudiation of the Trump campaign by some 50 Republican foreign policy experts, he added, further indicates a reaction to the populist pushback against the establishment and “internationalist” foreign policy legacy of the last decade. That sentiment has likely been fueled by a zeitgeist of general alarm among the electorate that the county and the world are “on the wrong track.”

“There is a lot of evidence the public doesn’t think the country is on the right track and that their kids won’t have a better life than they will, indicating a pessimism about the future,” Desch said.

“I would guess if you poll people about international policy you would get a similarly pessimistic view: You take out Bin Laden and Isis emerges; the EU is frayed; global trade seems more like a mixed bag than we thought; immigration is a destabilizing issue — all sorts of things add up to a general pessimism in the state of the world,” he said.

The attacks in Orlando, Florida, Paris and Brussels and the Democratic National Committee hacking scandal only add greater relevance this year to domestic vulnerabilities and fragile overseas relationships.

The U.S. bishops’ quadrennial teaching document and voter guide on the political responsibility of Catholics, “Forming Consciences for Faithful Citizenship,” takes into account the teachings of Pope Francis along with more recent developments touching on foreign policy, including:

— The deadly attacks on fellow Christians and religious minorities throughout the world.

— Economic policies that fail to prioritize the poor, at home or abroad.

— A broken immigration system and a worldwide refugee crisis wars, terror and violence that threaten every aspect of human life and dignity.

— Wars, terror, and violence that threaten every aspect of human life and dignity.

— The excessive consumption of material goods and the destruction of natural resources, which harm both the environment and the poor.

Raymond Kuo, an assistant professor of political science at Fordham University specializing in international security and American foreign policy, thinks about a fifth of the electorate consider national security a top priority, while the economy and jobs are paramount.

But Republicans and Democrats are couching national security issues in different terms, with one candidate presented as the “law and order” choice who will “bring it all back together” while the other tends to be perceived as overall more trustworthy to handle the difficulties of statecraft, according to Kuo.

“You have two very different candidates, with Hillary Clinton representing the conventional, moderate view to U.S. foreign policy — a liberal international order with American power engaged in the world, serving as a pillar of free trade and the lender of last resort, and democracy is a domestic safety valve,” Kuo told CNS. “Hillary very much represents consensus American viewpoint on the role of American power in the world.”

“By contrast Trump presents a very different approach to foreign policy: He is an isolationist and a transactionalist, calibrating relationships and a racketeering type of approach to international powers, a radical break which will cause a lot of shocks in the rest of the world,” Kuo said. “Trump says we can renegotiate all these agreements.”

The general assumption is that terrorism plays into the hands of the Trump campaign, but Kuo said it is unclear that is actually the case and that the GOP nominee’s comments on terrorism have often not been poorly received by the public.

In a foreign policy speech he delivered Aug. 15 in Youngstown, Ohio, Trump said if he is elected president he put an end to “nation building” and focus on destroying the Islamic State and other terrorist organizations.

The overall geopolitical trends, as Kuo seems them, are the decline of power and influence of Russia, China and the Islamic State and that each of these powers at times acts out to distract attention from their shrinking influence and prosperity.

“These actors are acting out of weakness, these challenges have limits and can be managed,” Kuo said, adding that at the end of the cold war the major concern was state relations and since then we see non-state actors coming to the fore with a combination of ISIS and the resurgence coming from Russia and China.

And while the world may seem more unsafe and unstable than ever, Kuo said that high profile terror in Europe and in the U.S. obscures the fact that terror has been a constant presence for some time, although more so in the Middle East.

“It is not quite as bad as people think: Russia is in the tank economically because of oil; the Chinese economy is slowing down; and ISIS is rapidly losing territory,” he said.