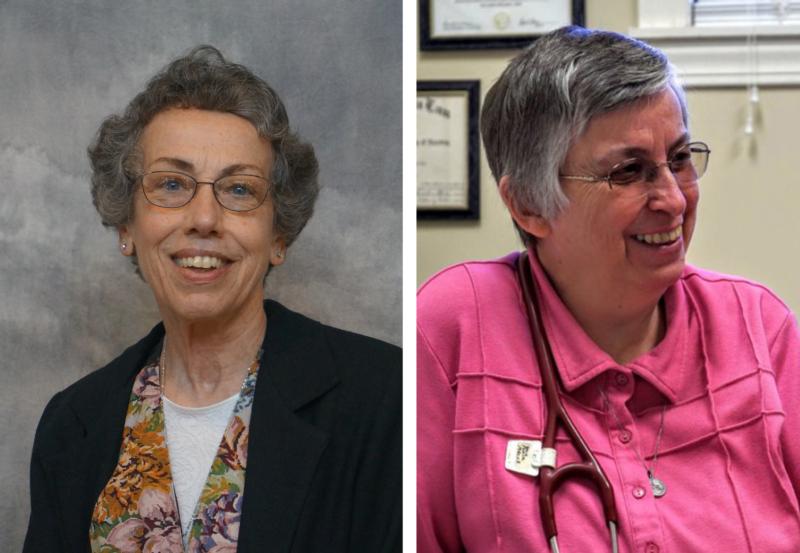 NAZARETH, Ky. (CNS) — The Sisters of Charity of Nazareth commit in their mission statement to “risk their lives” in their ministry to the poor and vulnerable.

“You don’t know what that’s going to be like or look like,” said Sister Susan Gatz, president of the religious order. “But now we are experiencing that.”

Sister Paula Merrill, a member of the congregation since 1979, was found murdered Aug. 25 along with Sister Margaret Held, a member of the School Sisters of St. Francis in Milwaukee, in the home they shared in Durant, Mississippi.

Both women religious worked at the Lexington Medical Clinic as nurse practitioners, caring for the impoverished people of Holmes County, Mississippi.

The Mississippi Department of Public Safety announced late Aug. 26 that Rodney Earl Sanders, 46, of Kosciusko, Mississippi, had been charged with two counts of capital murder in connection with the deaths.

The bodies of the sisters, both 68, were found by police Aug. 25 after co-workers asked law enforcement to check on the women when they failed to arrive for work at the clinic in Lexington, about 10 miles from the house they shared in Durant.

“It’s a huge loss for the people there,” said Sister Susan during an interview on the motherhouse campus Aug. 26. “They were really the heart of the clinic there.

“The loss to our congregation is huge,” too, she said. “They were valiant women.”

Sister Susan noted that St. Vincent de Paul, co-founder of the Sisters of Charity, “invited his early sisters to really live in tune with those who are the poorest. That charism was very deep in Paula’s heart. She took her skills as a nurse practitioner and put them at the service of the poor and at the service of the charism. She loved it. It wasn’t a burden for her.”

As the sisters and their families mourn the slain women, they’ve asked for people to pray — not only for the victims and their loved ones but also for their attacker. It’s a way “to be faithful to their memories,” said Sister Susan.

Both religious communities issued a statement after the arrest emphasizing their opposition to capital punishment.

“We want to reiterate our beliefs as women of faith, that we value life,” the statement said. “For years now, the Sisters of Charity of Nazareth and the School Sisters of St. Francis have worked to abolish the death penalty, even as we seek justice and truth. Let us hold everyone involved in prayer.”

Sister Margaret was a member of the School Sisters of St. Francis for 49 years. She served in Mississippi as a social worker at a health center in Holly Springs in the mid-1970s. She went to work as a community health nurse in Nebraska from 1981 to 1983 and then returned to Mississippi. She became a nurse practitioner in 1994 and subsequently served in health care in Tupelo, Marks and Lexington.

Sister Paula joined the Sisters of Charity in 1965, but left the novitiate in 1968 only to return in 1979. She began her ministry in Mississippi in 1981, serving in several impoverished rural communities until her death.

Sister Paula’s older sister, Rosemarie Merrill, still lives in their hometown of Stoneham, Massachusetts. But the two spent winters together as Rosemarie Merrill traveled to Durant and volunteered at the Lexington clinic.

She described her baby sister as fun, stubborn and sarcastic. The two often quibbled, she said, about which one was Martha and which one was Mary. When the biblical sisters were the subject of a Sunday liturgy not long ago, Merrill said she called her sister and asked, “Have we decided which of us is Martha and which is Mary?” By the end of the call, they decided they both have a little of Martha and a little of Mary inside them, Rosemarie Merrill said.

“Her faith was very strong. And she was a wonderful nurse,” Rosemarie Merrill said of her sister. “I feel so bad for the people of Holmes County because they’ve lost so much. The care they provided leaves a huge void. They would do anything for their patients.”

Sister Susan said the deaths do have one silver lining: They help the congregation to be in solidarity with others who have lost a loved one to violence.

Sister Paula and Sister Margaret were remembered in the Diocese of Jackson, Mississippi, at a wake service Aug. 28 at St. Thomas the Apostle Church in Lexington, where they were involved in parish life, and a memorial Mass on Aug. 29 at the Cathedral of St. Peter the Apostle in Jackson.

In addition to her sister, Sister Paula is survived by a brother, John V. Merrill, Jr., of Stoneham, Massachusetts, and several nieces and nephews.

The funeral Mass for Sister Paula was to be celebrated Sept. 2 in St. Vincent Church in Nazareth.

The funeral Mass for Sister Margaret was to be celebrated Sept. 2 in St. Joseph Chapel at the School Sisters of St. Francis motherhouse in Milwaukee.