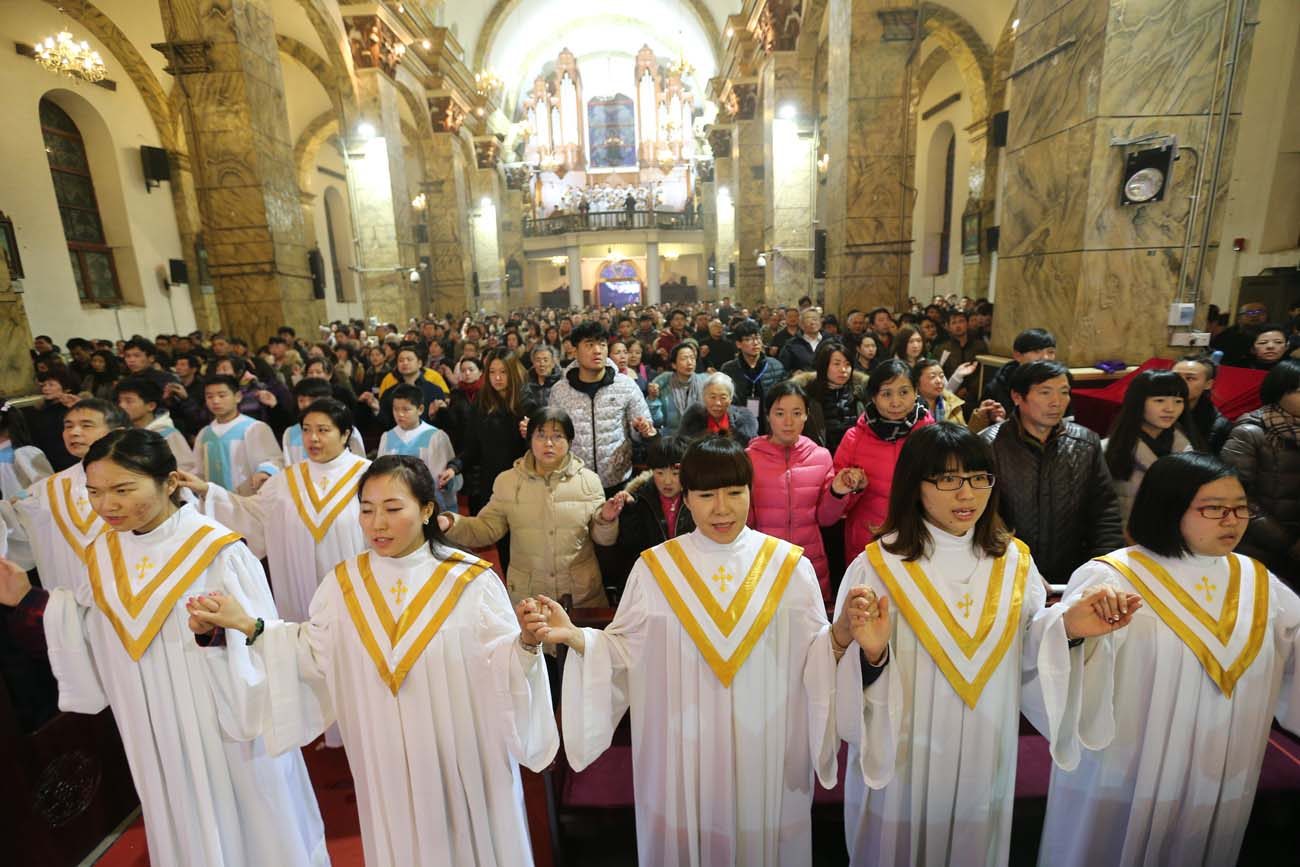 Chinese Catholics pray during a 2015 Mass at a church in Beijing. Prayer and "healthy realism" are needed to ensure progress in Vatican-Chinese relations and, particularly, in promoting a situation in which all Chinese Catholics can feel both fully Catholic and fully Chinese, said Cardinal Pietro Parolin, Vatican secretary of state. (CNS photo/Wu Hong, EPA)

VATICAN CITY (CNS) — Prayer and “healthy realism” are needed to ensure progress in Vatican-Chinese relations and, particularly, in promoting a situation in which all Chinese Catholics can feel both fully Catholic and fully Chinese, said Cardinal Pietro Parolin.

The cardinal, who serves as Vatican secretary of state and Pope Francis’ top aide, said there are “many hopes and expectations for new developments and a new stage” in relations between the Vatican and China.

Cardinal Parolin gave a seminar Aug. 27 in Pordenone, Italy, on Cardinal Celso Costantini’s efforts in the early 1900s to consolidate diplomatic ties between the Vatican and China. The efforts achieved real progress because they relied on “knowledge, respect, encounter and dialogue between worlds that, at least in appearance, were far from each other,” Cardinal Parolin said.

Current Vatican efforts to normalize relations with the country’s communist government are motivated by a desire to help not only the nation’s Catholics, but also “the entire country, which boasts one of the planet’s greatest civilizations,” the secretary of state said.

Pope Francis, like St. John Paul II and retired Pope Benedict XVI, is pursuing improved relations with China while fully recognizing and paying tribute to “the sufferings, misunderstandings (and) frequently silent martyrdom that the Catholic community in China carries on its back,” Cardinal Parolin said.

The pope, he said, also knows how deeply Chinese Catholics “yearn for full communion with the successor of Peter,” a relationship that is difficult because the communist government objects to what it sees as Vatican “interference” in the affairs of the Catholic community in the country.

Despite their struggles, Cardinal Parolin said, Catholics in China are making great strides in “witnessing to the love of God and love for their neighbors, especially the weakest and neediest, which is the synthesis of Christianity.”

While differences persist among Chinese Catholics about how much cooperation with the government is acceptable, the cardinal said the pope hopes the Year of Mercy would be a time of “mutual forgiveness, reconciliation between brothers and sisters experiencing division and efforts to grow in understanding, collaboration and love.”

“With trust in divine providence and a healthy realism,” he said, Catholics should pray for improved Vatican-Chinese relations.

The goal, he said, is to demonstrate the power of dialogue and mutual respect, ensuring that “Chinese Catholics can feel fully Catholic — and more visibly anchored on the solid rock that, by the will of Jesus, is Peter — and fully Chinese without denying or diminishing all that is true, noble, just, pure, affable and honored that their history and culture has and continues to produce.”

PREVIOUS: Shameful that need for clean water is not a priority, says cardinal

NEXT: Catholic leaders: Pope’s call for mercy in Americas reinforces their work