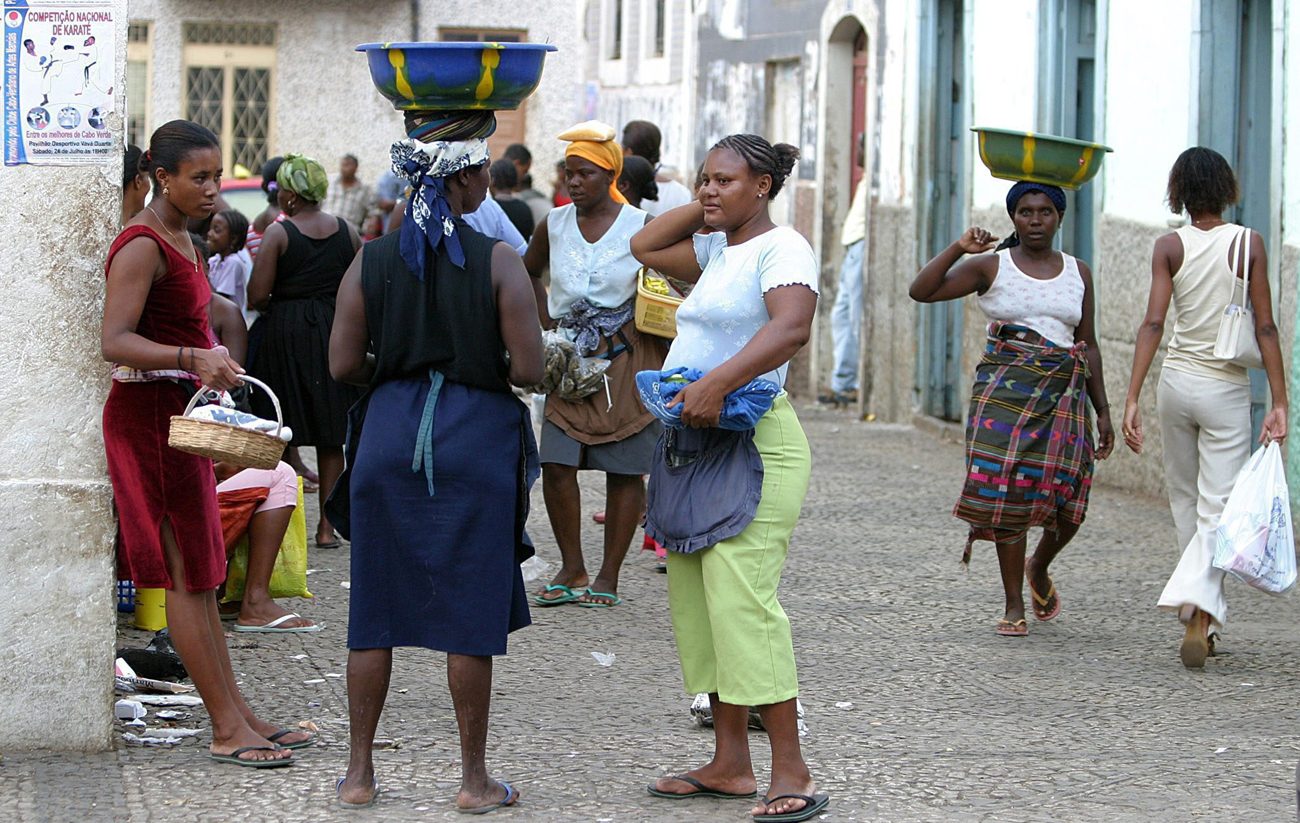 Women are seen near a market in Praia, Cape Verde, in this 2004 file photo. The African nation of half a million people has 7,500 confirmed cases of the Zika virus, but health officials suspect more cases are unreported. (CNS photo/Nic Bothma, EPA)

CAPE TOWN, South Africa (CNS) — The dust had hardly settled on Catholic Relief Services’ work fighting the world’s worst Ebola outbreak before the team was putting together a response to the Zika virus in the West African island nation of Cape Verde.

“We put an enormous amount of effort into public education” fighting Ebola in Liberia, Sierra Leone and Guinea, “and this experience is now helping us in our response to Zika” in Cape Verde, Michael Stulman, CRS regional information officer for West and Central Africa, told Catholic News Service from Dakar, Senegal.

Cape Verde, a tiny archipelago of islands about 300 miles off the west coast of Africa, has about 7,500 confirmed Zika cases in a population of 500,000 people. However, Roberta Rezende, who is coordinating CRS’s work in Cape Verde, said the number of infected people in the former Portuguese colony could be higher because, unlike Ebola, the symptoms of Zika are mild and often go unreported.

“We already have 400 volunteers doing door-to-door visits, helping families in their communities to identify and eliminate breeding sites” of mosquitoes that spread Zika, Rezende said in an Aug. 10 telephone interview from Santiago, the largest island of Cape Verde. “We find that it is more effective to do this with families rather than simply telling them what they should do.”

Zika is transmitted primarily through the bite of an infected mosquito but can also be spread through sex. Only about 20 percent of people infected display symptoms, which include fever, joint pain and conjunctivitis.

The virus has been linked to a severe birth defect called microcephaly, in which babies are born with abnormally small heads and sometimes brain damage. Cape Verde has recorded 14 babies born with microcephaly.

Rezende said she was deeply moved by an Aug. 7 visit to two families with affected babies in Praia, Cape Verde’s capital. Both babies were 2 months old with teenage mothers who breastfed them, she said.

“Everyone involved in caring for the babies, especially the grandmothers, listened so carefully to what they were told about the Zika virus and what they could do to help” the infants’ development, Rezende said.

“Most people here are unfamiliar” with how the virus is spread, she said, noting that the CRS team in Cape Verde, working in partnership with Caritas, also tells people where to go for testing and treatment. CRS is the U.S. bishops’ international relief and development agency.

“We hope to extend our work to offer psycho-social support to mothers and babies” affected by the virus, Rezende said.

People in Cape Verde who live in densely populated areas without decent water and sanitation are at greatest risk of infection, largely because mosquitoes “thrive in pools of still water,” Rezende said.

“Our biggest concern is for pregnant women,” who are advised to use insect repellent and wear long-sleeved clothing to avoid mosquito bites, she said.

Rezende, who was raised in Brazil before moving to the United States, speaks fluent Portuguese, Cape Verde’s official language. Cape Verde has strong ties with Brazil, which is at the epicenter of the epidemic that has spread to nearly 50 countries, most of them in Latin America and the Caribbean.

The archipelago is the only African nation hard-hit by the Zika virus, although there have been a few cases in other countries on the continent, including four in Guinea Bissau, another former Portuguese colony on West Africa’s coast.

Stulman said people’s travel “makes it difficult to contain the spread of disease.”

“We’ve found that with epidemics” such as Ebola and now Zika, “it’s best to focus strongly on prevention, and that’s why CRS is working with families to help people avoid being bitten” by insect carriers, he said.