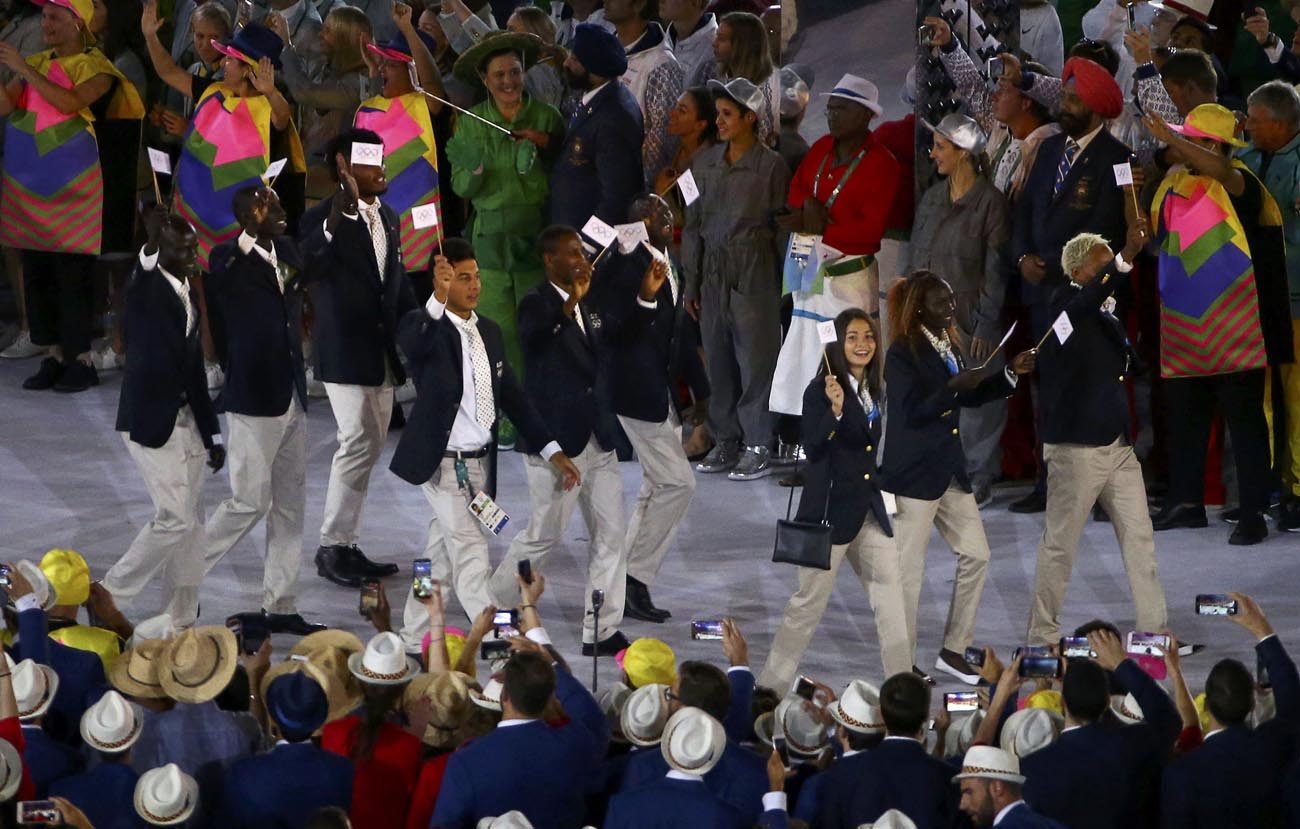 VATICAN CITY (CNS) — In a personal message addressed to each of the 10 members of the new Refugee Olympic Team, Pope Francis wished them success in their events and thanked them for the witness they are giving the world.

Naming each of the team’s athletes from South Sudan, Syria, Congo and Ethiopia, Pope Francis said he had read some of the interviews with team members “so that I could get closer to your lives and your aspirations.”

“I extend my greetings and wish you success at the Olympic Games in Rio — that your courage and strength find expression through the Olympic Games and serve as a cry for peace and solidarity,” he said in the message, signed in late July.

The 2016 Summer Games marked the first time a refugee team officially participated in the Olympics. Team members marched under the Olympic flag and, in the event a team member wins a medal, the Olympic anthem was to be played instead of the national anthem of the athlete’s home country.

Pope Francis expressed his hope that through the team “humanity would understand that peace is possible, that with peace everything can gained, but with war all can be lost.”

“Your experience serves as testimony and benefits us all,” the pope told team members.

Yusra Mardini, 18, was the first member of the team to compete in Rio. The swimmer is ranked 41st among women swimmers competing in the 100-meter butterfly; Mardini finished first in her initial heat Aug. 6.

Like tens of thousands of Syrians, Mardini fled her war-torn country through Lebanon and Turkey. She found a space on a rubber dingy to make her way to Lesbos, Greece, but the motor stalled. She, her sister and another woman — the only people on the boat who could swim — pushed the boat to shore.

From Greece, Mardini traveled on to Germany, where she was given official refugee status in March and continued her training as a competitive swimmer.

Five of the athletes — including Rose Nathike Lokonyen, 23, the team’s flag bearer for the opening ceremony — are South Sudanese refugees who were living in the huge Kakuma refugee camp in Kenya.

The national Olympic committees of the refugees’ host countries, the U.N. Refugee Agency and the International Olympic Committee chose the team members. The IOC provided the athletes uniforms and is covering their costs and those of the team’s coaches and staff.

NEXT: Mother Teresa: ‘Do small things with great love’