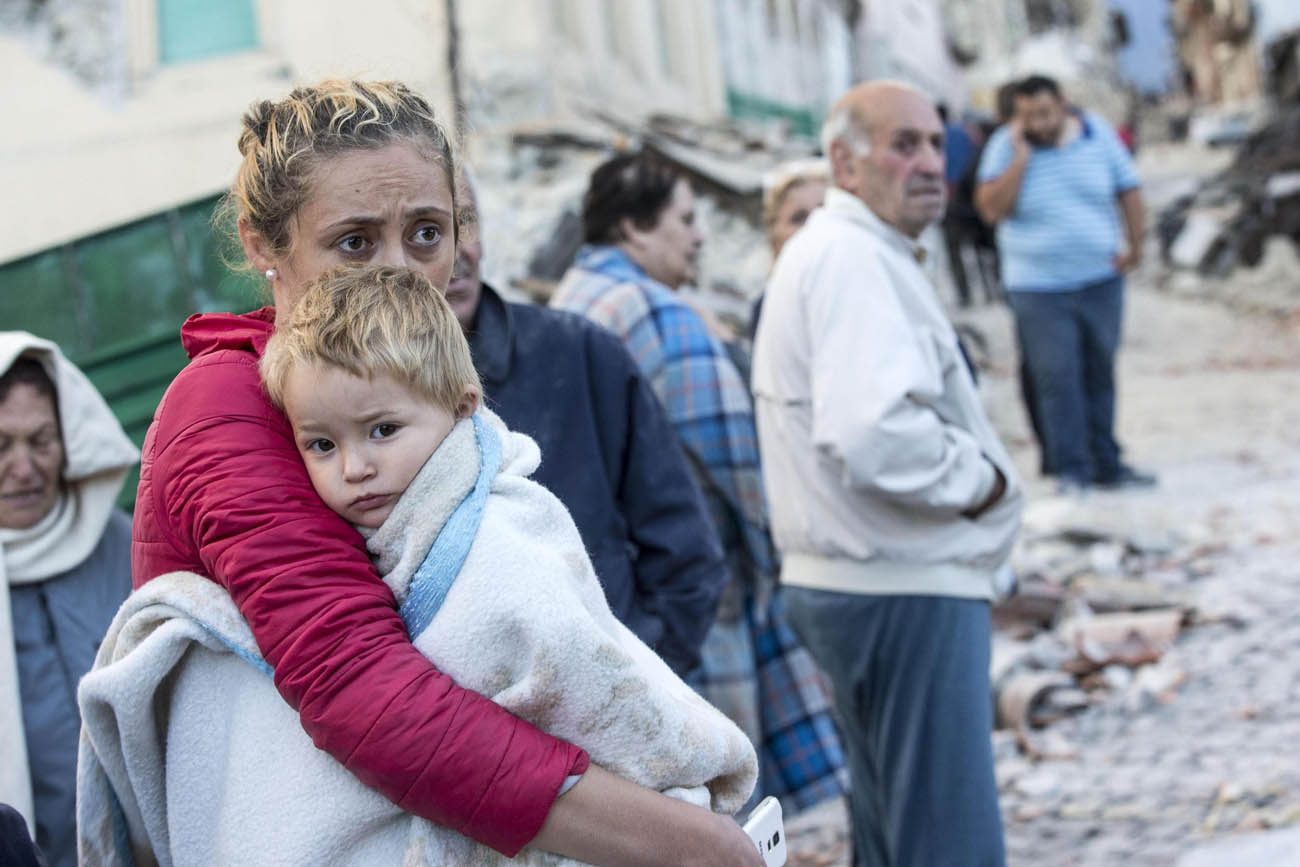 VATICAN CITY (CNS) — Pope Francis said he wants to visit survivors and those affected by a deadly earthquake in central Italy as soon as possible.

He wants to go to the ravaged area to “bring you personally the solace of faith, the embrace of a father and brother, and the support of Christian hope,” he said after praying the Angelus with visitors gathered in St. Peter’s Square Aug. 28.

The pope expressed his closeness and concern for the people “hard hit by the earthquake” in the central Italian regions of Lazio, Marche and Umbria.

Before leading a prayer for the deceased and survivors, the pope praised the rapid response of the Italian government and volunteers, saying their efforts showed “how important solidarity is in order to overcome such painful trials.”

The 6.2 quake rumbled across the region Aug. 24, collapsing roofs, leveling buildings and homes while people slept, and leaving 290 people dead. It also left 388 people injured, with more than 250 of them requiring hospitalization. Rescuers pulled some 238 survivors from the wreckage.

Bishop Giovanni D’Ercole of Ascoli Piceno led a state funeral for victims Aug. 27 inside a gymnasium. More than 2,000 people attended, including Italian President Sergio Mattarella and Prime Minister Matteo Renzi. Set before the altar were dozens of caskets covered with flowers and photos of lost loved ones as well as two small white caskets representing all the children killed in the catastrophe. 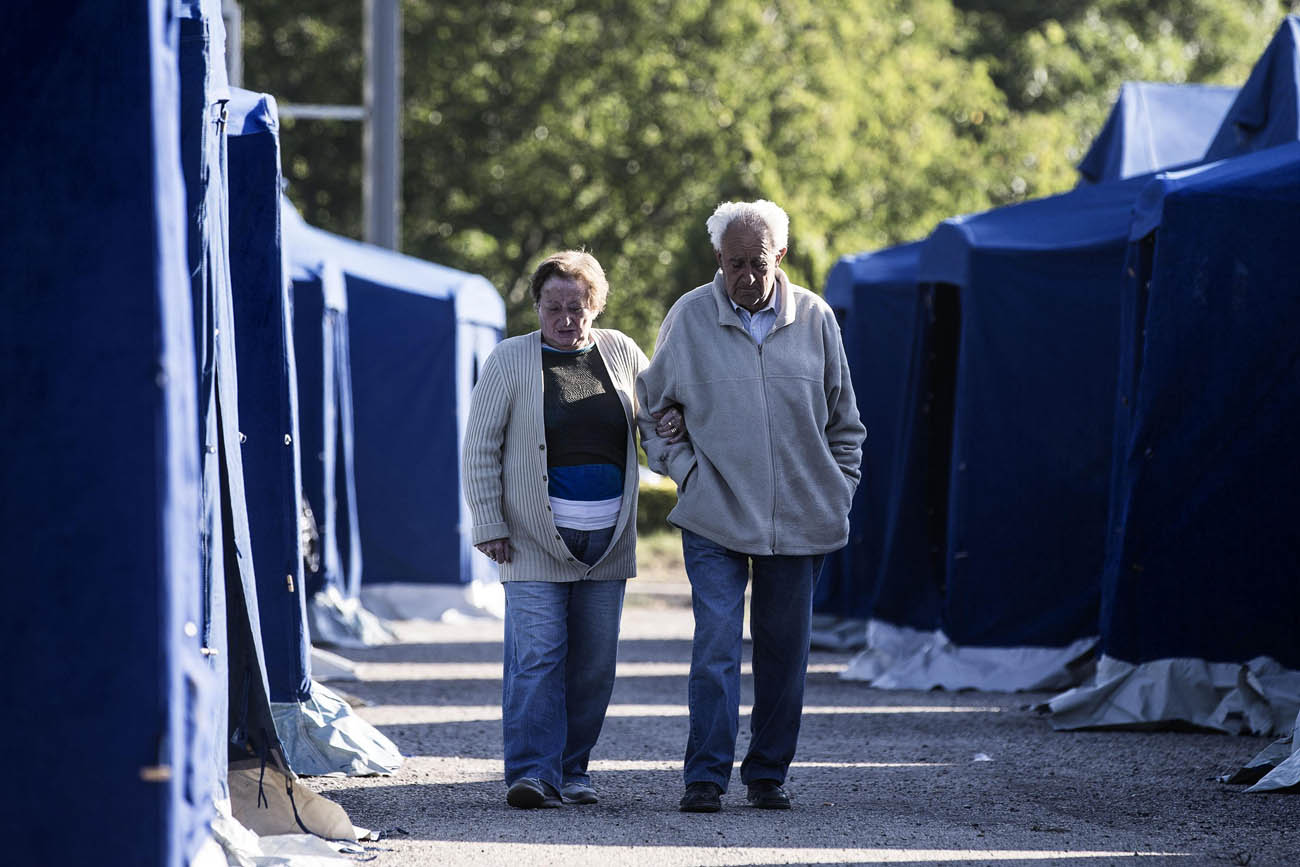 “It’s fair for people to say, ‘But Lord, where are you?'” he said in his homily. However, if people look deeper they will find that “the earthquake can take away everything, everything but one thing — the courage of faith.”

“Seismologists try everything to predict an earthquake, but only faith teaches us how to overcome it,” he said.

“Don’t be afraid,” he said. Don’t hesitate to cry out in need, “but make sure you do not lose courage because only together will we be able to rebuild our homes and churches,” he said.

He concelebrated the funeral Mass with the bishop of Rieti and archbishop of L’Aquila. Bishop D’Ercole had served as auxiliary bishop of L’Aquila in the months after a devastating earthquake there in 2009 left more than 300 people dead and tens of thousands homeless.

The bishop also celebrated a Mass for survivors at an encampment in Arquata del Tronto Aug. 28. Firefighters built a cross made out of two rescue ladders and decorated it with the helmets of first responders. They wove through the rungs a bright red firehose, which took on the shape of limp arms and legs draped around the cross and the image of blood trailing downward.

Archbishop Renato Boccardo of Spoleto-Norcia celebrated a Mass Aug. 26 in one of the many large tents erected in towns and villages to provide provisional shelter for the 2,100 people rendered homeless by the quake and its strong aftershocks.

He visited areas in his archdiocese which were affected by the quake, whose epicenter was close to Norcia — the birthplace of St. Benedict. Civil authorities have condemned all the churches in the area as unusable, he said.

“There is no longer any place of worship in the birthplace of St. Benedict where people can gather to pray,” he told SIR, the news agency of the Italian bishops’ conference, Aug. 27. A local Caritas was to provide two temporary structures to be used for pastoral centers.

NEXT: Shameful that need for clean water is not a priority, says cardinal