Archbishop: Study shows ‘urgent need’ for dialogue with other faiths 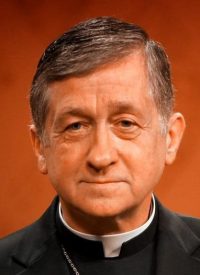 WASHINGTON (CNS) — The findings of a recent Georgetown University study on how Catholics regard Muslims show an “urgent need” to “cultivate positive dialogue” not just among Catholics and Muslims, but with other faith traditions as well, according to Archbishop Blase J. Cupich of Chicago.

“Experience has shown that when people of different faith traditions build personal relationships and engage in dialogue to learn about one another, they develop the capacity to work together; and they come to appreciate the positive elements in one another’s traditions,” said a Sept. 21 statement by Archbishop Cupich, the Catholic co-chairman of the National Catholic-Muslim Dialogue.

According to a survey of 1,027 Catholics, nearly half of Catholics can’t name any similarities between Catholicism and Islam. When asked about the overall impression of Muslims, three in 10 Catholics admit to having unfavorable views, and Catholics are less likely than the general American public to know a Muslim personally.

The survey results were published Sept. 12 in the study “Danger & Dialogue: American Catholic Public Opinion and Portrayals of Islam.” It was conducted by a research group with Georgetown University’s Bridge Initiative,which studies Islamophobia.

Dialogue was “strongly advocated” by the Second Vatican Council in its document “Nostra Aetate,” Archbishop Cupich said. The document addressed the relations of the Catholic Church with other religions. “As ‘Nostra Aetate’ teaches, with them (members of other faiths) we should ‘make common cause of safeguarding and fostering social justice, moral values, peace and freedom,'” he added.

“No one should dismiss the real threats that some Muslims who embrace a radical ideology, such as the members of the Islamic State, present to people of all faiths,” Archbishop Cupich said. “That is why it is now even more important to promote ongoing encounter, dialogue and education between our two great faith traditions.”

When dialogue is absent, he added, “we see an increase in the tendency to be negative about those who are different from ourselves. This diminishes all of us, as we face increasing incidents of religious intolerance across the globe.”

“It is incumbent upon Catholics to recognize and raise up the positive voices from the Muslim world who clearly reject violence by practicing and teaching an Islam of peace, compassion and mercy.”

The Georgetown report seemed to indicate that U.S. Catholics should take their cue from Pope Francis regarding Islam and interreligious efforts, quoting from his apostolic exhortation, “The Joy of the Gospel”: “Our relationship with the followers of Islam has taken on great importance, since they are now significantly present in many traditionally Christian countries.”

NEXT: Despite drop in poverty, advocates say much work remains to lift up poor