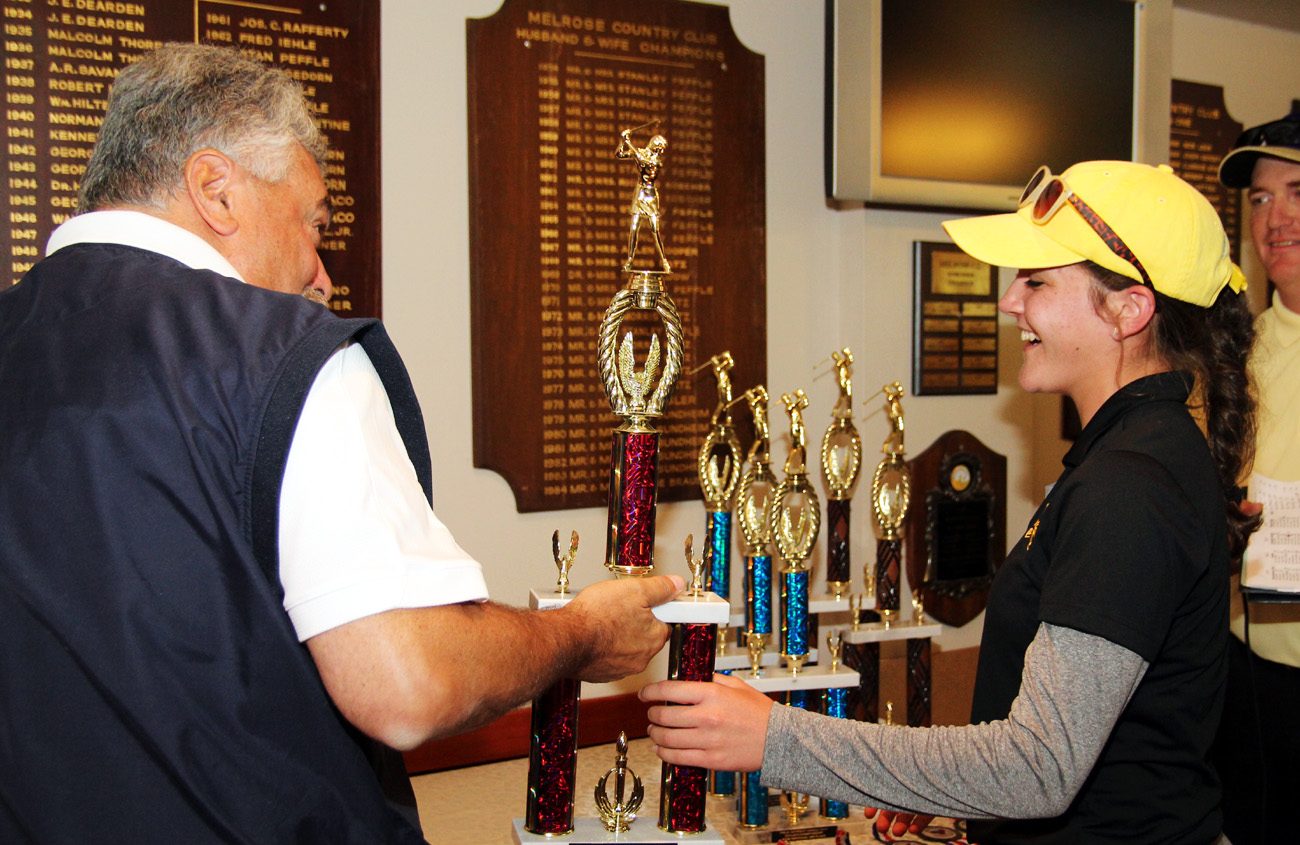 What started out as an innocent experiment has transformed into something that continues to grow at a pace that no one could have imagined.

As an eighth grader at Our Lady of Mount Carmel School in Doylestown, Karly Brown went golfing for the first time. She liked it enough to go again, and again. By the time she arrived at Archbishop Wood for her freshman year, Brown had decided to go out for the golf team.

One problem: Archbishop Wood didn’t have a girls’ golf team. 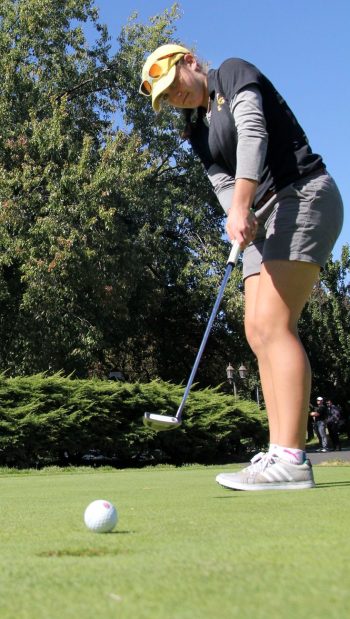 “I was disappointed, but I understood,” she said. “I was hoping something could be worked out. I didn’t think I would make it, but I just wanted to give it a try.”

To its undying credit, Wood invited Brown to try out for the boys’ team anyway. As a novice, it was unlikely that she would outplay the boys, and she didn’t. But, under the tutelage of instructor Jamie Shaffer, she continued to improve, and since there are three all-female schools in the Catholic League (Little Flower, John W. Hallahan, and St. Hubert), Brown was allowed to stay on Wood’s team and participate in the girls’ Catholic League individual championship.

Amazingly, Brown captured the girls’ title by one stroke.

Sophomore year included vast improvement. Not only was her 80 once again good enough to win the Catholic League individual title, she was able to compete with the varsity team.

By the time her junior year began, no longer was golf simply a hobby. Brown’s goals had changed. She wanted to be considered a valued member of the team for more than just camaraderie and acceptance.

In last fall’s individual championships, Brown not only seized her third straight girls’ title, she placed second in the boys’ event, her score of 74 at Melrose Country Club just two strokes short of tying for first place. She later won districts and competed in the state championship.

Once a complete underdog who was respected for her moxie, Brown had become one of the Catholic League’s finest golfers.

So far this year, that has not changed. Brown shot a Catholic League career-best 72 at the William Tennent Panther Invitational at Five Ponds in Warminster. The premise of her eventually snaring the Catholic League boys’ — or, in this case, co-ed — individual title on Oct. 4 is realistic.

Her Archbishop Wood teammates would be delighted.

“She’s so talented on the course that while we’re playing, we really do ignore (Brown’s gender),” said senior golfer Josh Cyphers. “Granted, since we’re all friends, we’ll joke around about things like if her tee box is moved up a lot, but nobody really thinks twice when we’re playing.”

Cyphers is referring to Brown’s league mandate to tee off closer to the green than do the boys. The unavoidable yammering from naysayers bothered Brown as she developed, but no more.

After all, it could be argued that, despite the modern progress of equal rights between genders, competing against a young woman could conceivably help teenage boys work that much harder to avoid the ignominy of “losing to a girl” regardless of any perceived advantage.

Either way, Brown shrugs off the negativity. If she had it her way, she would tee off from the exact location as the boys. After all, when it comes to Wood’s golf team, a person’s gender remains neutral.

“I am very close with my teammates,” said Brown. “I’m the youngest of four girls, and they are the brothers that I never had. I appreciate them and I think they appreciate me. They don’t mind golfing with a girl. They show a lot of respect and I appreciate that.”

Brown’s collegiate plans remain uncertain. She is also a standout shooting guard for the defending Catholic League and PIAA state champion Archbishop Wood basketball team, so it’s not unrealistic that she eventually plays basketball in college.

Currently, Brown has significant interest in the Naval Academy. Both the College of the Holy Cross and Quinnipiac University also appeal to her.

When Brown graduates, she might have established a legacy. This year, freshman Ally Funicella is golfing for the Vikings.

“It’s definitely nice to have another girl on the team,” said Brown.

No one’s smirking. Been there, done that.

PREVIOUS: The Red and the Blue: Catholic League football realigns for fairness’s sake