Benedictine abbot prayed with Arnold Palmer on his deathbed 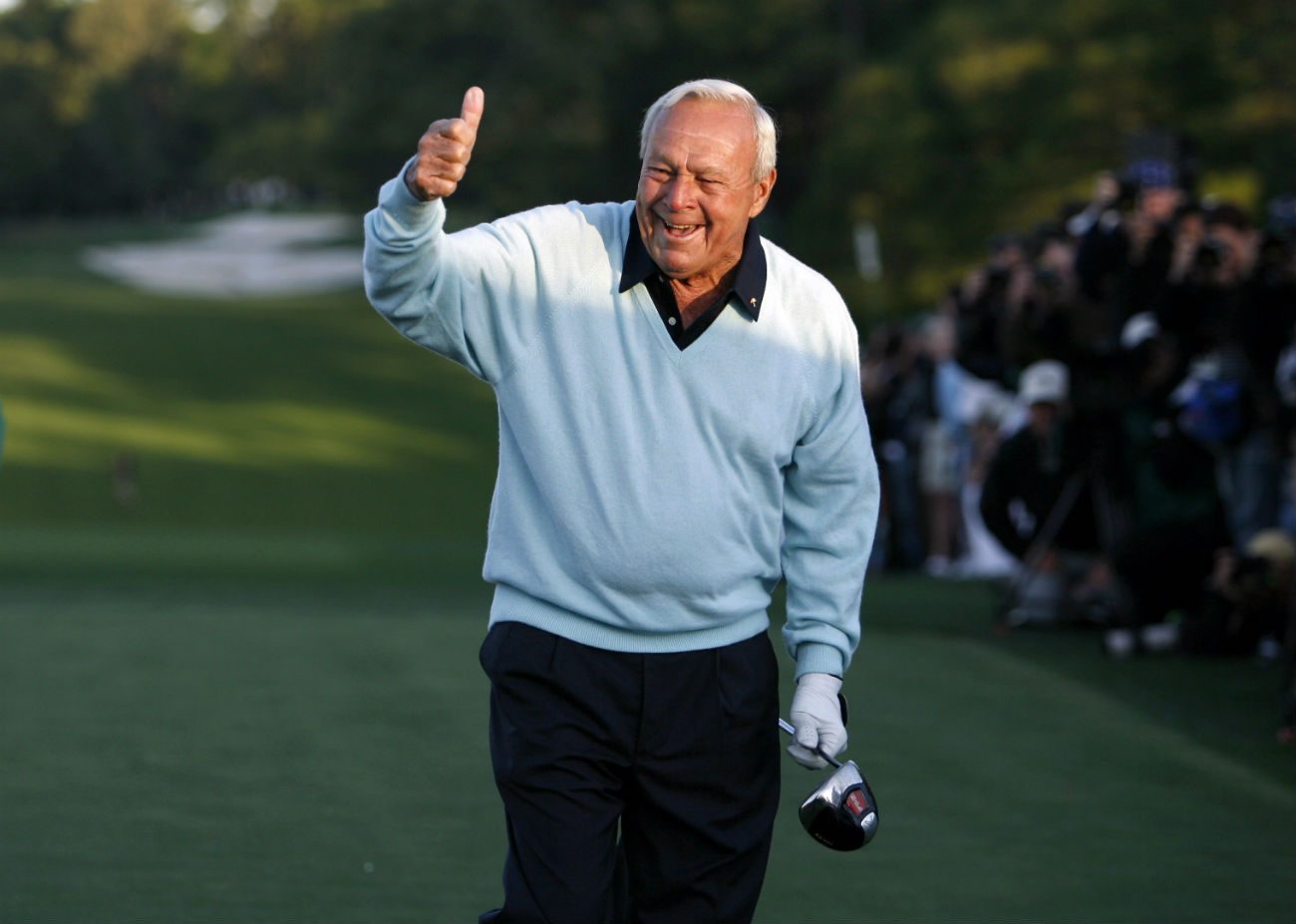 Honorary starter Arnold Palmer gestures after hitting a drive to begin the 2007 Masters golf tournament on the first tee at the Augusta National Golf Club in Georgia. Palmer, known as "the King" for his transformative legacy in golf, died Sept. 25 at a Pittsburgh hospital at age 87. (CNS photo/Mike Blake, Reuters)

It wasn’t the first time Archabbot Nowicki had visited Palmer that day. Palmer, 87, was in a hospital awaiting a heart operation scheduled for Sept. 26. “I went to say a prayer and give him a blessing. About an hour after I’d departed, I got a call” that Palmer’s health was failing rapidly, the archabbot told Catholic News Service in a Sept. 26 telephone interview.

Even though Palmer was a lifelong Presbyterian, he’d had a relationship with St. Vincent’s spanning more than 50 years, when Archabbot Nowicki himself was in the high school at the archabbey.

Palmer did not let denominational differences deter him. “Arnie sort of appealed to everyone. There were no barriers, race, color, creed — those were things that never entered into” his mind, Archabbot Nowicki said. “He was welcoming to everybody and treated everyone with tremendous warmth and respect.” Palmer came with his wife on occasion to the archabbey’s 7:30 a.m. Sunday Mass.

“I remember him coming here on one occasion after winning several of the golf tournaments early in his career. He was hitting golf balls for the students. By then he had a fairly good reputation,” Archabbot Nowicki recalled. “He would give a little demonstration. I remember when he was doing it they put a little trash pail out in the middle, about 150 yards out, and he was hitting balls out and he got about five in the tanker,” he chuckled.

“The first time he invited me over, I told him I didn’t know how to play, so I sent my prior, Father Albert. But this was after he retired professionally. But he still played golf, every day at Latrobe Country Club.” When the archabbot saw Palmer again, he said Palmer told him, “The next time you send someone, send someone who is as good as your prior. This guy cost me 20 bucks.”

“Arnie, as you know, was competitive and enjoyed playing with good golfers,” Archabbot Nowicki said.

“Fred Rogers (of ‘Mister Rogers’ Neighborhood’ fame) and Arnie Palmer went to the same school together. I think they were one year apart. They were very good friends during his lifetime,” the archabbot told CNS. “Arnie’s father taught Mr. Rogers how to play golf. … (Rogers) “said that his father taught Arnie better than he taught him.”

In retirement, Palmer lived five months of the year in his native Latrobe. Not only did he and his first wife, Winnie, who died in 1999, lend their name and their presence to various archabbey events, Winnie Palmer was “very helpful at keeping Wal-Mart out of our backyard,” Archabbot Nowicki said. Arnold Palmer also served on the St. Vincent’s College board of directors. In 1996 the college gave Palmer an honorary degree.

Archabbot Nowicki took up Palmer’s invitation to join him when the golfing legend received the Congressional Gold Medal in 2012. “Jack Nicklaus was there and he paid tribute to Arnie at the service,” the archabbot recalled. “I know Jack had always been a wonderful friend of Arnie’s, and the two enjoyed each other’s company.”

The archabbot remembered visiting Palmer at his Bay Hill Golf Club near Orlando, Florida. “He had given one of our commencement addresses. He talked about the importance of decorum. He said, ‘That means when you enter a room that you take your hat off.'” At the club, a man “came into the dining room and had his hat on. Arnie said very gently to him, ‘Will you please take off your hat?’ He had that respect for people.”

Palmer learned golf from his father, who was the greenskeeper at the Latrobe Country Club. He attended what was then Wake Forest College on a golf scholarship. He left school and enlisted in the U.S. Coast Guard, serving for three years. In 1954, he won the U.S. Amateur golf tournament; a year later he won the Canadian Open, and his golf career was launched.

Palmer won 95 professional championships, including 62 on the PGA Tour, and seven major tournaments. He earned $1.6 million in prize money, and another $50 million in golf-related business off the course. He also was awarded the Presidential Medal of Freedom in 2004.

The archabbey will hold a memorial service for Palmer Oct. 4 at the basilica on the archabbey grounds.

NEXT: Six views of Catholic League sports at mid-season