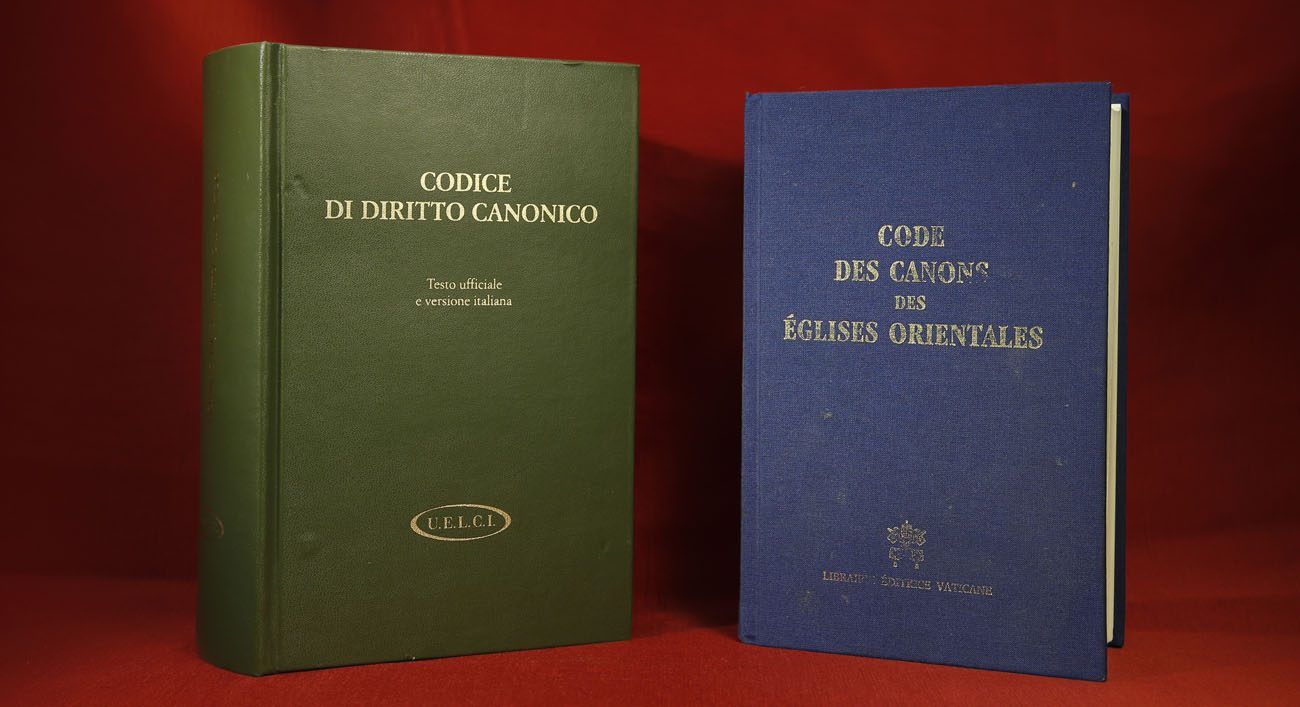 VATICAN CITY (CNS) — In a change to church law, Latin-rite Catholic deacons may not preside at a wedding when one or both of the new spouses are members of an Eastern Catholic church.

The new rule is one of the changes to 11 canons in the Latin-rite Code of Canon law that Pope Francis approved in order to harmonize the laws of the Latin and Eastern Catholic churches on several issues involving the sacraments of baptism and marriage.

After more than 15 years of study and worldwide consultation, the conflicting rules were resolved by adopting the Eastern code’s formulations for the Latin church as well, said Bishop Juan Ignacio Arrieta, secretary of the Pontifical Council for Legislative Texts.

The bishop spoke to journalists Sept. 15 after the publication of an apostolic letter published “motu proprio” (on his own initiative) in which Pope Francis ordered the changes to the Latin Code of Canon Law, the 1983 text governing the majority of the world’s Catholics.

In the Eastern Catholic and Orthodox traditions, the blessing of a priest is necessary for the validity of a marriage. In the Latin-rite church, a deacon can preside over the sacrament. The new law specifies, “Only a priest can validly assist at the matrimony of two Eastern parties or between a Latin and Eastern Catholic or non-Catholic,” meaning a member of an Orthodox Church.

Bishop Arrieta said that in most cases the changes made by Pope Francis involve rules for situations that the Latin code never envisioned, but that the Code of Canons of the Eastern Catholic Churches, published in 1990, did. With the large number of Eastern Christians — both Catholic and Orthodox — who have migrated to predominantly Latin territories since 1989, Latin-rite pastors need guidance, he said.

The changes regard practices for ministering not only to Eastern-rite Catholics, but also to members of the Orthodox churches when a priest of their church is not available, Bishop Arrieta said. Such ministry was foreseen in the canons of the Eastern Catholic churches, which often minister in places with a strong Orthodox presence.

“The Eastern code had a greater sensitivity in its ecumenical aspects,” the bishop said. For example, one of the Eastern canons adopted for the Latin church says that when an Orthodox priest is not available, a Catholic priest can baptize a baby whose parents are members of an Orthodox Church and plan to raise the child Orthodox.

In such a situation, Bishop Arrieta said, the baptism would not be recorded in the Catholic parish’s baptismal registry; the parents would receive a formal certificate and would register their child’s baptism later at an Orthodox parish.

The additions to the Latin Code of Canon Law also specify that Latin-rite bishops may give priests “the faculties to bless the marriage of Christian faithful from an Eastern church not in full communion with the Catholic Church if they spontaneously request it.”

The changes to the Latin code also decree that a Latin-Eastern couple are free to decide in which church to enroll their child; if they cannot agree, the child becomes a member of the father’s church. If both parents are Eastern Catholics, even if the baby is baptized in a Latin-rite parish, the baptismal registry must note that the child is an Eastern Catholic and specify the church to which it belongs.

The Eastern Catholic churches include, among others, the Ukrainian, Ruthenian, Melkite, Romanian, Maronite, Armenian, Chaldean, Syriac, Syro-Malankara and Syro-Malabar churches.

The Latin and Eastern codes “respect, as they must, different juridical traditions, although obviously they give the same response to essential questions regarding the faith of the church,” Bishop Arrieta wrote in an article for the Vatican newspaper, L’Osservatore Romano.

Conflicting rules in the two codes were evident from the time of the publication of the Eastern canons, he said. And as more Eastern Catholics migrated to predominantly Latin Catholic lands, a need to clarify the practical matters involving baptism and marriage became clear.

The changes approved by Pope Francis, Bishop Arrieta wrote, “respond to a desire to facilitate the pastoral care of the faithful especially in the so-called diaspora where thousands of Eastern Christians who have left their homelands live amidst a Latin majority.”