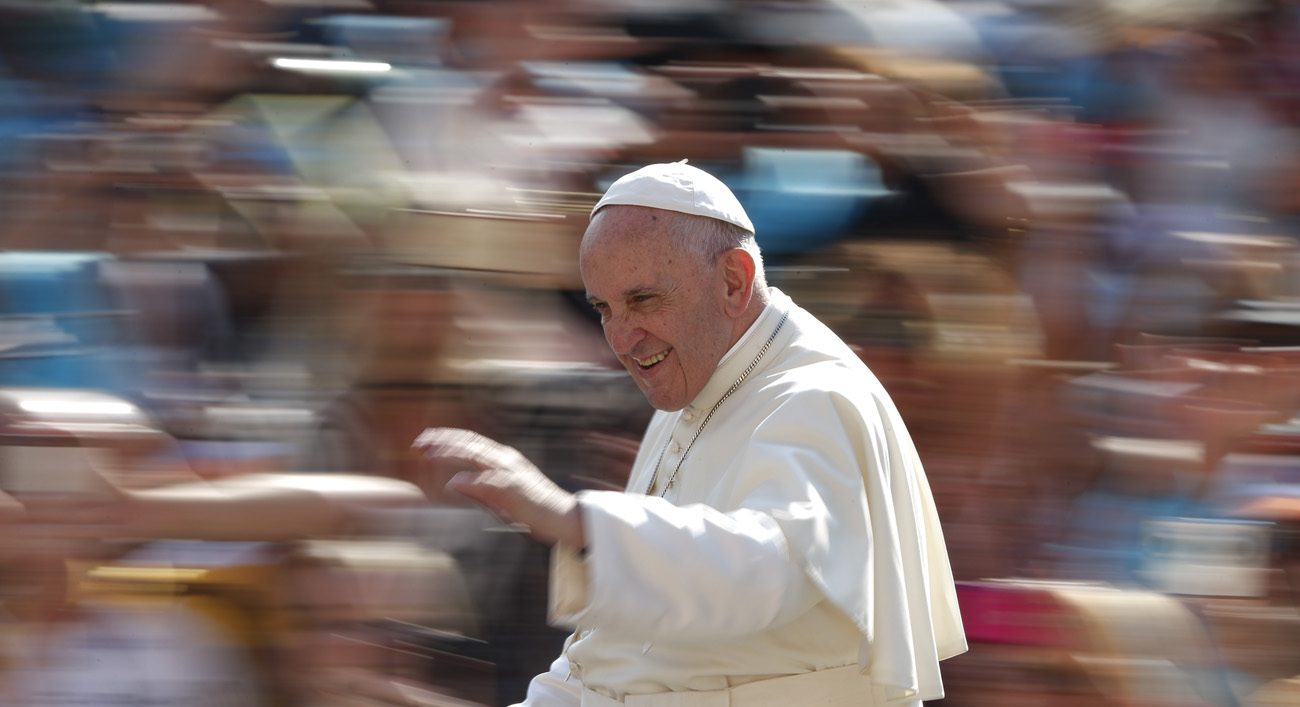 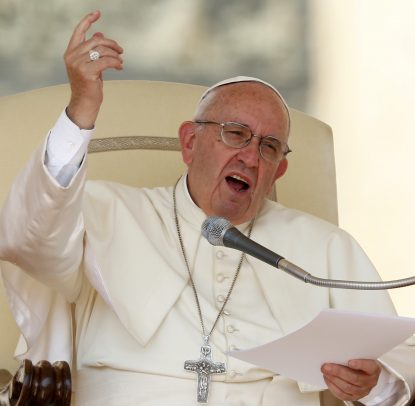 VATICAN CITY (CNS) — Clergy who use their position for personal gain rather than to help those in need do not follow the spirit of Jesus who took upon himself the sufferings of others, Pope Francis said.

Jesus often would rebuke such leaders and warned his followers to “do what they say but not what they do,” the pope said Sept. 14 at his weekly general audience.

“Jesus was not a prince,” the pope said. “It is awful for the church when pastors become princes, far from the people, far from the poorest people. That is not the spirit of Jesus.”

As is customary, before speaking, Pope Francis made his way around St. Peter’s Square in the popemobile, greeting thousands of pilgrims who waved, kissing children presented for a blessing and even taking repeated sips of the mate tea offered by an Argentine pilgrim.

In his talk, the pope reflected on Jesus’ tenderness toward the poor, the suffering and the oppressed and his invitation, “Come to me, all you who labor and are burdened, and I will give you rest.”

In Jesus, he said, “they finally find the answer they have been waiting for. By becoming his disciples, they will receive the promise of finding rest for their whole life.”

During a Holy Year, like the current Year of Mercy, he said, Christians pass through the Holy Door at St. Peter’s Basilica or in their local diocese as a sign of seeking friendship with Jesus and of finding “the respite that only Jesus can give.”

“By passing through the Holy Door, we profess that love is present in the world and that this love is more powerful than any form of evil in which man and woman, humanity and the world are involved,” the pope said.

Pope Francis explained that when Jesus said, “Take my yoke upon you,” he was calling all disciples to follow him and not simply a set of rules like the scribes and the Pharisees did.

“He wants to teach them that they will discover the will of God through his person, through Jesus, not through frigid laws and prescriptions that Jesus himself condemned,” the pope said.

Christ’s final command in the Bible passage, “Learn from me,” invites disciples to follow a path of “knowledge and imitation.”

“Jesus is not a master who severely imposes burdens upon others that he does not carry,” the pope said. “This was the accusation he made against the doctors of the law.”

True followers of Jesus, he added, take up his yoke in order to receive and welcome the revelation of God’s mercy, which brings salvation to the poor and the oppressed.

Jesus was “a pastor who was among the people, among the poor,” Pope Francis said. “He worked every day with them.”

“The Lord teaches us to not be afraid to follow him, because we will not be disillusioned by placing hope in him,” he said. “We are therefore called to learn from him what it means to live in mercy in order to be instruments of mercy.”