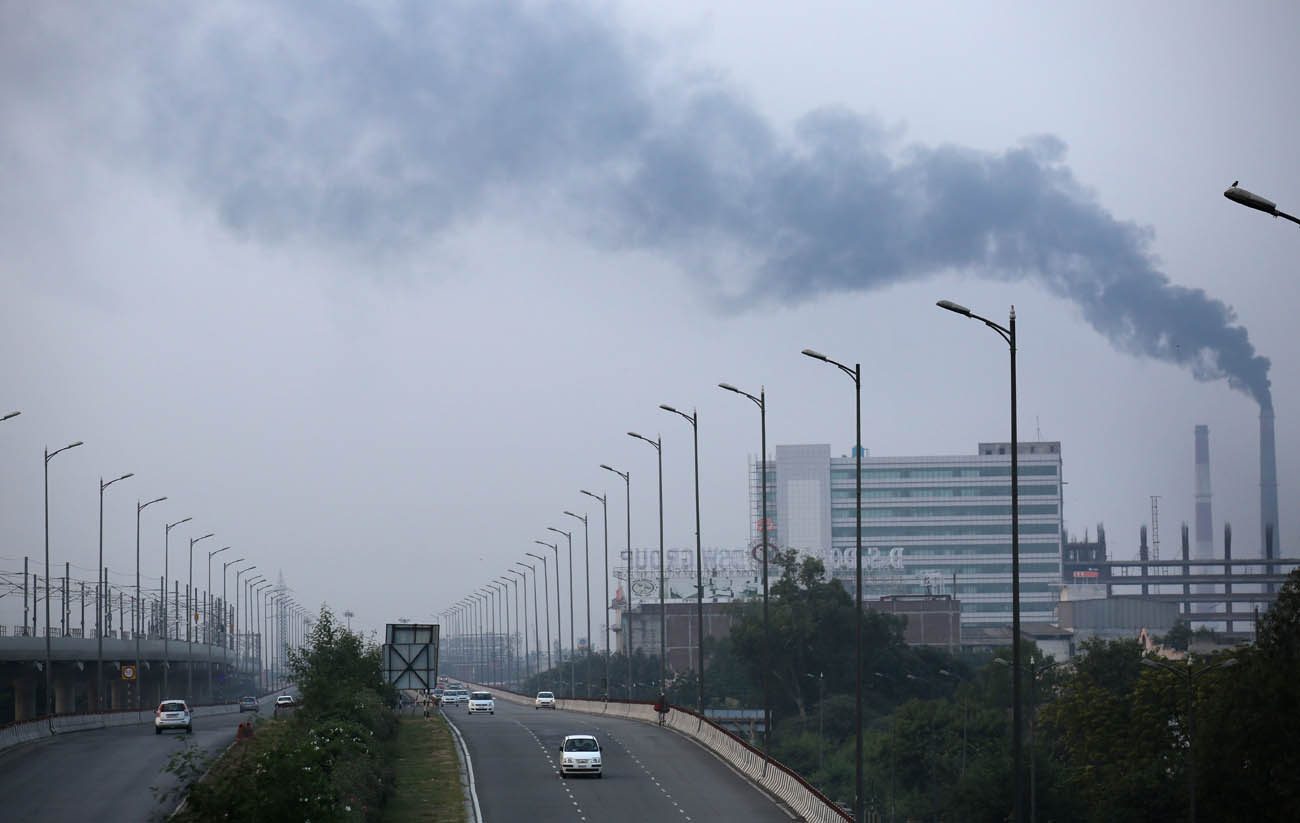 Smoke billows out of factory chimneys Oct. 1 on the outskirts of Delhi, India. Members of the European Parliament voted in favor of the Paris U.N. COP 21 climate change agreement Oct. 4 at a plenary meeting in Strasbourg, France. (CNS photo/Rajat Gupta, EPA)

WASHINGTON (CNS) — With a global agreement that addresses climate change now ready to go into effect, advocates took a moment to celebrate the milestone, but called for further actions to reduce carbon pollution.

Approval of the agreement negotiated in Paris last December reached the threshold of 55 countries accounting for at least 55 percent of global greenhouse gas emissions Oct. 5 when European nations, Canada, Bolivia and Nepal backed the accord.

“It’s a big step,” said Dan Misleh, executive director of the Catholic Climate Covenant. “It moves the world in the direction of having to try to lower greenhouse gas emissions and get commitments from the major polluting countries, China, India, United States. It pushes the rest of the world to take seriously steps to reducing their emissions.”

Franciscan Sister Ilia Delio, the Josephine C. Connelly chair in Christian theology at Villanova University, also hailed the agreement coming into force, but cautioned that the world must continue to act to reduce the threat of climate change.

“My only concern is will the agreement take force in the operative level in our daily life … in our consumptive culture. We have these great moves forward, but then it’s thwarted by consumerism and the culture we have created where big business is against implementing the policies,” she told Catholic News Service.

Franciscan Father Jacek Orzechowski, who regularly addresses environmental issues during his homilies at St. Camillus Church in Silver Spring, Maryland, where he is assigned, said even St. Francis of Assisi would be happy with the accord soon going into effect.

“This collective agreement to shift away from the use of dirty fossil fuels toward the clean, renewable sources of energy represents a commitment to choose life for the poor, the future yet-unborn generations, and for the earth’s fragile ecosystems,” he said.

“At the same time, we have a moral obligation to build up on this landmark achievement and protect it against those who, in the name of a quick profit, pillage the earth and trample upon the most vulnerable, he said.

President Barack Obama welcomed the agreement taking effect, calling it “historic … in the fight to protect our planet for future generations.”

“If we follow through on the commitments that this Paris agreement embodies, history may well judge it as a turning point for our planet,” he said during a brief appearance in the White House Rose Garden Oct. 5.

“This gives us the best possible shot to save the one planet we’ve got,” he said.

The U.S. joined China leaders in agreeing to greenhouse gas limits in September.

Up to 97 percent of climate scientists have attributed climate change to human activity at least in part.

Environmental advocates called for further action to address climate change beyond the Paris accord.

“It’s not the final step. It’s not going to solve our earth’s rising temperatures, said Jason Miller, director of campaigns for the Franciscan Action Network. “But it’s a clear sign that the nations of the world are willing to do something.

“So we have to, in the spirit of St. Francis and the spirit of Pope Francis, work to continue to protect the earth for future generations and hold all the nations acceptable to the Paris accord,” Miller added.

Misleh credited Pope Francis for raising awareness, especially among Catholics, about the need to protect the earth for future generations.

“Catholics more than the rest of U.S. society understand climate change is a moral issue, that it impacts on poor people, especially overseas,” he said. “Catholics among all faith groups and among U.S. society in general are much more in favor of action on climate change than the general population. A lot of that is attributed to Pope Francis.”

Sister Delio urged parish priests to raise the profile of the agreement as well as the church’s teaching on care for creation at Mass and church programs.

“We need to make a collective option for the poor,” she said.

The website of the United Nations Framework Convention on Climate Change showed Oct. 6 that 73 countries of 195 that had approved the accord in Paris officially had confirmed their commitments to greenhouse gas emission limits.