Catholics urged to be ‘stewards of mercy’ amid growing polarization 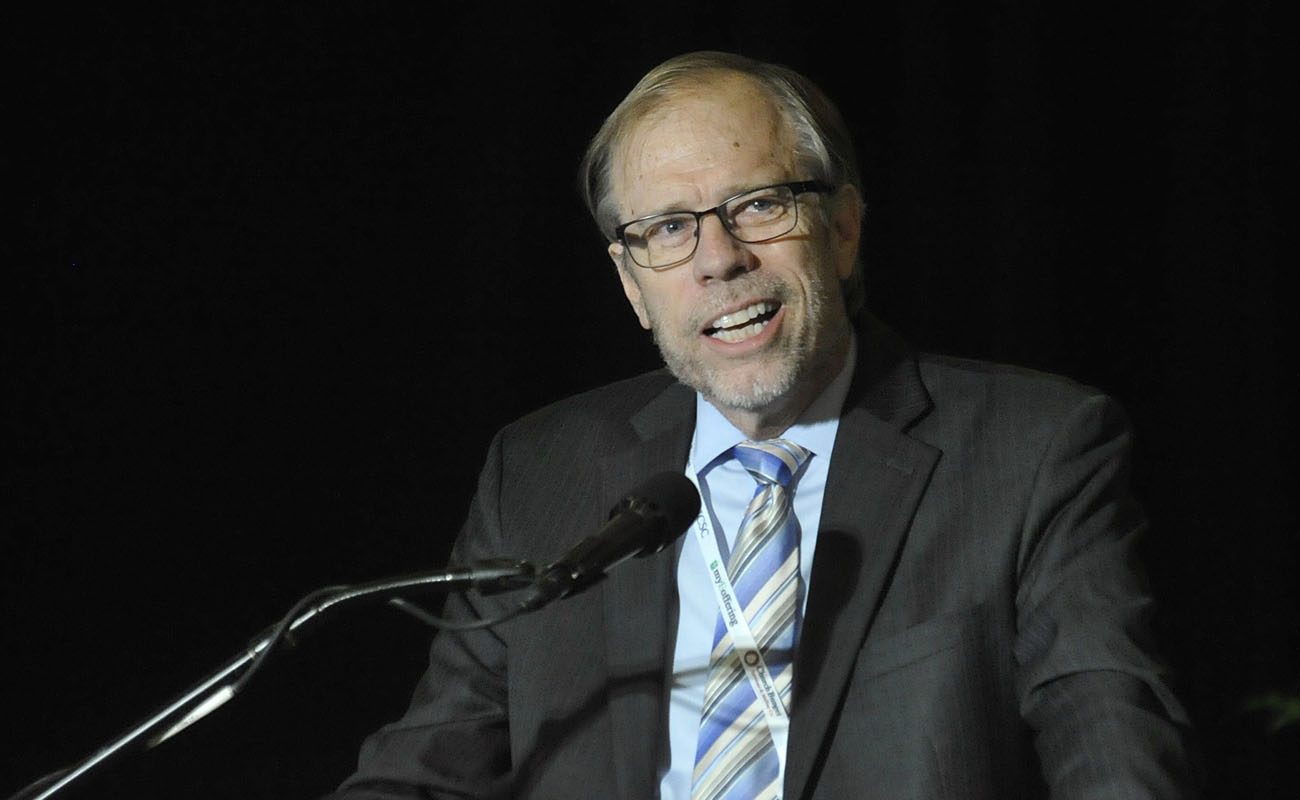 NEW ORLEANS (CNS) — The polarization that exists in our secular culture, so visible in the acerbic campaign for the White House, has crept into the church and compels Catholics of goodwill to be “stewards of mercy” and civility, the head of Catholic News Service told an audience in New Orleans Oct. 5.

Greg Erlandson, the director and editor-in-chief of CNS, was a keynote speaker at the annual conference of the International Catholic Stewardship Council.

Erlandson’s talk on polarization and mercy in the church, which closed the four-day conference that attracted more than 1,000 stewardship and development professionals from around the world, focused on the broader culture’s increasingly coarse, political discourse.

“You are all aware that this is one of the most polarized and polarizing elections in U.S. history,” Erlandson said. “Besides the usual chasm regarding the life issues and the almost nonexistent discussion of the poorest and most vulnerable among us, this year we have the personal attacks, the tabloid journalism, the social media trolls, the exploitation of race, class and gender issues –- really it is unequaled in recent history, a true basket of deplorables!”

But just as St. Teresa viewed the sick people she picked up from the streets of Kolkata, India, as “Jesus in one of his more distressing disguises,” Erlandson asked his audience to go through a “thought exercise” about the person “who is supporting the candidate you most dislike.”

“Maybe it’s someone you’ve argued with, repeatedly; maybe someone you are no longer talking to, someone you have unfriended, unfollowed and blocked,” Erlandson said. “Think of that person in the words of Mother Teresa: That person is Jesus in one of his more distressing disguises.

Erlandson said the church is not immune to “binary” thinking. Recently, “dueling bands of theologians” issued positions “regarding some of the church’s sexual teachings,” and there were disagreements over the results of the two synods on the family and Pope Francis’ apostolic exhortation, “Amoris Laetitia.”

Erlandson said human diversity is a gift from God.

“I want to point out that ours is a God who does not appear to expect all of us to be in a kind of lockstep harmony, like a parade ground full of goose-stepping North Korean soldiers,” he said.

When aliens from outer space are portrayed in films and books, Erlandson said, they often are shown as “indistinguishable and uniform. Their sameness is what makes them different from our gorgeous mosaic.”

“Unfortunately, we do this all the time with our ‘aliens’ here on earth,” he said. “Those people we don’t encounter, we don’t see and interact with on a daily basis become the ‘same.’ They are lumped into one indistinguishable template of otherness. They are defined as ‘not us.'”

Political and ideological silos make it easier for people segregate themselves in secular society, he said. In the church, those divisions play out as Catholics divide themselves, Erlandson said.

“We are progressives or traditionalists; we are converts or cradle Catholics; we are home-school parents or parish R.E. (religious education) parents or Catholic school parents; we are Latin Massers or English Massers; we are ‘Pope Francis people’ or ‘Pope Benedict people,'” Erlandson said.

The “importing of political categories into the church” is a problem that needs to be addressed, he said.

People also have developed a growing distrust of institutions such as government, corporations, banks and even the church, which suffered such a crisis in trustworthiness in the wake of the sexual abuse crisis, Erlandson said. Leaders, both political and religious, also have come under attack.

“Even though there is a new generation of bishops, there are still deep wounds,” Erlandson said. “This has led to fragmentation. It has led to a reluctance to be led. People are quicker to attack, or reject the authority of, their priest, their bishop, their pope.”

Even a cursory reading of the Acts of the Apostles reveals divisions within the early church, but Erlandson said Catholics would be mindful to recall St. Paul’s exhortation that we are not Jew or Greek, slave or free, but all one in Christ Jesus.”

In the face of major disagreements, Erlandson said, “civility becomes an expression of mercy. … It starts with us. We can’t wait for politicians to start being nice or for some great civility program to come down from the USCCB (U.S. Conference of Catholic Bishops). We are called to be disciples of mercy. We are called right now, in this inglorious scrum, this merciless age, to be agents of mercy.”

One way to do that is by accompanying those “who are wounded and hurting,” Erlandson said.

“But I think we also need to accompany those with whom we disagree,” he added. “Accompaniment involves listening. It also involves speaking. We need to know how to do both effectively, and this is something we must live and we must teach. … This takes humility, especially when we disagree.”

“In this often uncivil age, we should be particularly careful to watch our language,” he added. “A friend of mine told me that our inner life is expressed with words. When others listen to us, are they seeing Christ, or are they seeing someone else entirely — someone angry or snarky or dismissive?”

PREVIOUS: As his film debuts, Wahlberg finds time to praise priesthood in video

NEXT: Catholic Charities to make affordable housing a priority through 2022